~Okay, you got us, we’re not particularly knowledgeable about advertising slogans

Pizza chains are a staple of American society.  They give us the ability to not have to leave the house when the game is on and we’re “legally” too day-drunk to drive, they afford us a convenient, no-silverware way to jam as much sodium and grease-based calories into our systems as humanly possible, and most of all, well, pizza is just fucking delicious.  And while Papa Johns might earn our favor by using the Super Bowl as an excuse to give you free pizza, and Domino’s is doing its best to stop people from calling everything “artisanal,” Pizza Hut will always hold the crown as America’s leaders in cheese stuffed saucy goodness.

Yes, Pizza Hut has been stuffing our gullets since 1958, and ever since has innovated how we look at pizza, from the stuffed crust pizza to the stuffed TOPPING pizza.  As Pizza Hut has become bigger and more international, however, they have expanded their menus to accommodate non-American tastes.  While sometimes this involves pizza products that we wish they sold here in America, more often than not, these new international Pizza Hut dishes involve terrifying reminders of why every other nation except for America (and, we guess, some of those Europe countries) considers food preparation as a challenge to see who can offend God’s culinary sensibilities the most.  Hint, it’s probably going to end up being Japan. 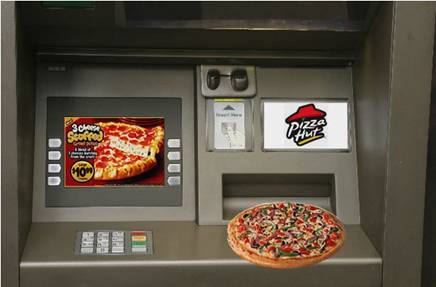 END_OF_DOCUMENT_TOKEN_TO_BE_REPLACED

Posted in Pizza Pizza, Strange Foods, The Rest of Them

England’s Hot Dog Stuff Pizza: Would You Like a Side of Nitrates With That? 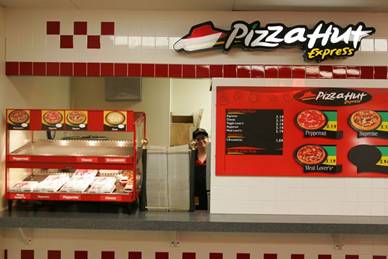 Every so often our readers will alert us to something that deserves the attention of the average American.  This can be an article, a Wikipedia entry of some sort, or one time it was just a piece of parchment with the words “I love you Jodie” scribbled over and over in blood.  Seriously, John, get over it, she’s not even into dudes.

What we’re trying to say is, sometimes we’re given an article that says, in its headline, everything we would be able to say on the topic.  But does that stop us from going ahead and writing on that topic anyway?  No, of course not, this is America, to us redundancy is just a word that we don’t understand because it has more than three syllables in it (is it, like, a type of cheese?)

The article in question comes from Gizmodo, and states succinctly, “I can’t believe this hot dog stuffed crust pizza isn’t American.”  We can’t either, Gizmodo.  But now we need to know everything that we could possible know about…

England’s Hot Dog Stuff Pizza:  Would You Like a Side of Nitrates With That? 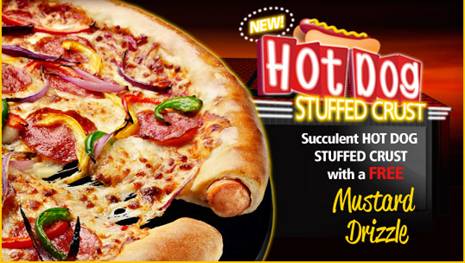 END_OF_DOCUMENT_TOKEN_TO_BE_REPLACED

AFFotD News Item of the Month: PIZZA IS A VEGETABLE!!!!!!

“Ketchup is a VEGETABLE.” 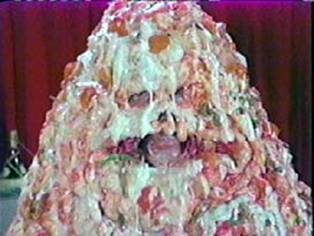 “Eat your vegetables.”  As an American child, you no doubt had that phrase condescendingly said to you just moments before everything turned red and when you woke up the man in the police uniform was asking all those pointed questions about where the school’s nutrition councilor has gone.  If your parents ever tried to make you eat Brussels sprouts, you’re legally allowed to emancipate yourself.  The point we’re trying to make is that we as a country hate vegetables- there’s a reason why no self-respecting American would ever eat a salad unless the word “Taco” was involved somehow.

Yes, it should come as no surprise that we at AFFotD, who employ “fuck nature” as a mantra and constantly express our love of fried foods and liquor, are not particularly fond of vegetables.  And why should we be?  If you think about  it, vegetables are horrendously disgusting.  Vegetables come from the ground, which means that we’re eating something that basically spent a large portion of its existence living in dirt.  That’s gross.  Dirt is where worms fuck.  Would you want to eat something that grew out of Dennis Rodman’s sex swing?  We didn’t think so.

Our hatred of vegetables is deeply rooted.  We’d also like to think it’s deeply American.  And thankfully, some lawmakers agree with us on that front.  Why else would they attempt to classify pizza as a vegetable?

…Hold on a second…sorry…we… we promised we wouldn’t cry.  We’re just so happy.  So proud.  Here’s your fun fact.

AFFotD News Item of the Month:  PIZZA IS A VEGETABLE!!!!!! 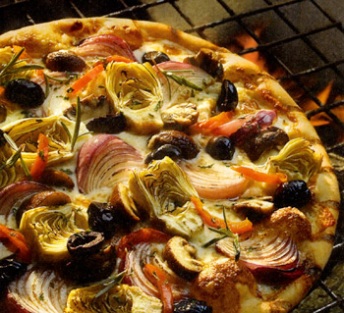 END_OF_DOCUMENT_TOKEN_TO_BE_REPLACED

Tagged AFFotD News Item of the Month, America, pizza, pizza is a vegetable

(editor’s note:  Yup.  We’re still in the midst of a hostage situation.  Hopefully it will be out of the way by tomorrow . Until then, here is a previously scheduled AFFotd)

While AFFotD staff members have been known for their enjoyment of pizza for its unhealthy joy, but what we try to avoid mentioning is that Pizza actually originated in a foreign land with a foul and unpronounceable name (Italy), so that, despite managing to find a way to combine otherwise healthy items like cheese, bread, and tomatoes in such a way to make massive amounts of grease, it technically is not an “American” food.

But it is if you put it on a damn bagel.

Yes, America is known as a melting pot, which given the fact that the term is used as a metaphor for “people of different races, ethnicities, religious affiliations, and backgrounds” is actually pretty gross and conjures up an image of a bunch of melted together people, which some of our staff members who got nightmares from watching Raiders of the Lost Ark as children don’t particularly appreciate.

And being a Melting Pot…or, you know, “mix of people,” one thing we excel at is taking things we like from one culture and mixing it with something else to make it even fucking better, like the man who took rum and invented Coca-Cola to mix it with, or how we mixed a white European with a Mexican-American and made one Jessica Alba.  Which is why, in the early 20th Century, when Jewish and Italian populations in New York got together, the end result was a delicious, snackable, entirely unhealthy Pizza Bagel.

Which we are here today to salute.

END_OF_DOCUMENT_TOKEN_TO_BE_REPLACED

“Alright, he deserves a break.  Let him try that ridiculous, gloriously American pizza.”

A few weeks ago, we informed you of the most beautiful pizza ever concocted- the Pizza Hut Toppings Stuffed Pizza.  This glorious conspiracy against your arteries has been unleashed onto America for a limited time only, so we had to get our staff to do a review on it.  Unfortunately, most of our staff members only have collegiate degrees in cursing, and our food critic, John Goodman, is on a two week vacation to celebrate his Oscar we stole for him.  So we had only one place to turn.  We had to turn to the monster we had created, a man hellbent on revenge for the things we had put him through. 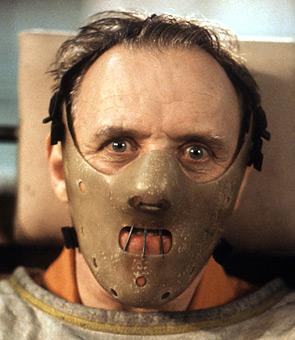 That’s right.  We had to turn…to [REDACTED].  For those of you unfamiliar with his tale of woe, [REDACTED] is a staff member and investigative journalist whose name has been stricken from all of our documents to protect him from the fact that we once made him eat at a Vegan restaurant.  After a series of tricks and cruel assignments, he finally snapped and escaped from our supervision, spending a strange week drinking and ghost-walking piers in Chicago.

He’s been in isolation ever since, regaining his American zeal and, well, sanity through a series of therapeutic procedures, so…hopefully, he’s ready to see the light of day.  Because we really want to know if this pizza is any good.  We’re guessing it fucking is.

END_OF_DOCUMENT_TOKEN_TO_BE_REPLACED

Everyday, the AFFotD office brings in the most exotic, unhealthy American meals we can think of.  For example, today we ate Bald Eagle burgers.  They were surprisingly gamey, but we made up for it with a really inventive Dijon Mustard recipe.  We won’t tell you what’s in it, but we will tell you that it once was alive, and still is incredibly endangered (let’s just say it rhymes with Shcondor Eggs).

Needless to say, we were fairly impressed when, over sixteen years ago, Pizza Hut tried to blow our mind by selling the stuffed crust pizza, with cheese straight up crammed into the crust of the pie.  That was a game changer, folks.  Percentages of pizza ingredients going uneaten plummeted.  Calorie intake skyrocketed.  There were suddenly thousands of backwards pizza eating sightings. 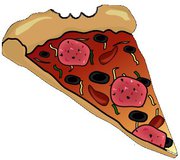 It’s why this image even EXISTS

So when we were going through our daily lunch options, and Pizza Hut came up, we discovered something unexpected.  Something wonderful.  Something…well, something damn amazing.