To those great Americans who put pen to paper while living life to the fullest (read as, most American) (also read as, probably drunkest)

~The Writer of Teddy’s Tots

We’re not exactly shy here about our preferences when it comes to the Roosevelt presidents. We’re Team Teddy all the way. But we’re not haters on this front. We’ll readily admit that FDR did have his badass moments, and his wife Eleanor was no slouch on that front either. So while we’re not surprised that their offspring generally went ahead and did impressive things, we were pretty amazed to hear about Eleanor’s supposed “favorite son”, Elliott. To give you a sense of the Elliott Roosevelt, um, flavor, we’ll just say that we’re about 90% certain that Elliott Roosevelt is only considered her favorite son because he made that claim after she died. Strap in, you guys, this is going to be a wild one.

Now let’s take a moment to talk about the middle son of FDR who, well, let’s just say lived a colorful life.

END_OF_DOCUMENT_TOKEN_TO_BE_REPLACED

Jack Kerouac Drank Himself to Death

“Jack Kerouac drank himself to death, and I just ain’t that high.” 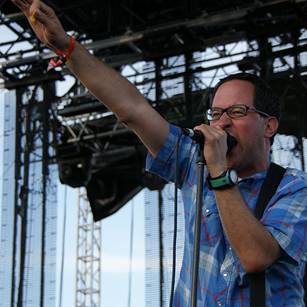 We don’t talk about American writers too often because, well to be honest, a distressingly high percentage of our staff has never read anything longer than a Jack Daniels label.  Yes, we rocked you some Ernest Hemingway knowledge way back when, but come on.  Look at the guy.  Doesn’t Hemingway look like the type of man whose ghost you’d not want to piss off?

That being said, there is one writer in particular who was badass enough that he was able to warrant his own fun fact even though our 1950’s predecessors virulently hated the social group he inspired.  A man who didn’t so much “write books” as he did “describe his drug and booze fueled crime sprees.”  A true American who drank so much his stomach exploded.

This man, of course, is Jack Kerouac.

END_OF_DOCUMENT_TOKEN_TO_BE_REPLACED

“For me, bullfighting is much like driving.  I’m much better at it when I’ve been drinking.”

American writers are a difficult group to pin down.  They can be champions of American virtues, the AFFotD-approved freelancers who punch bears and write sonnets, or they can be Dan Brown.  For every Mark Twain, there’s a Stephenie Meyer (who AFFotD staffers had to look up the name of several times by googling “that chick who wrote those shitty vampire books.”)  But when discussing American authors who were American, the entire AFFotD staff agreed that if there is a gold standard for American badass writers, the list would have to start with one Ernest Miller Hemingway, a writer so righteously American that, when we accidentally started to spell his name with two M’s instead of one, the ghost of his beard apparated and kicked Chuck Palahniuk so hard in the genitals that his balls penned a short story deriding materialism in society.

That’s right, Hemingway’s beard’s ghost is American enough to indirectly pen a short story good enough to get published in the New Yorker.  Not that we can say we were surprised.   Come on.  Look at that thing.

And with that look, seven French women just became impregnated.