“For me, bullfighting is much like driving.  I’m much better at it when I’ve been drinking.”

American writers are a difficult group to pin down.  They can be champions of American virtues, the AFFotD-approved freelancers who punch bears and write sonnets, or they can be Dan Brown.  For every Mark Twain, there’s a Stephenie Meyer (who AFFotD staffers had to look up the name of several times by googling “that chick who wrote those shitty vampire books.”)  But when discussing American authors who were American, the entire AFFotD staff agreed that if there is a gold standard for American badass writers, the list would have to start with one Ernest Miller Hemingway, a writer so righteously American that, when we accidentally started to spell his name with two M’s instead of one, the ghost of his beard apparated and kicked Chuck Palahniuk so hard in the genitals that his balls penned a short story deriding materialism in society.

That’s right, Hemingway’s beard’s ghost is American enough to indirectly pen a short story good enough to get published in the New Yorker.  Not that we can say we were surprised.   Come on.  Look at that thing. 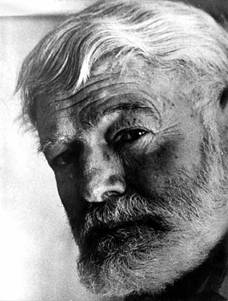 And with that look, seven French women just became impregnated.

Ernest Hemingway was born in Oak Park, Illinois on July 21st, 1899.  Many Oak Park historians speculate that when he was born, a sonic boom emanated from his mother’s womb, creating a large crater some hundred yards away.  This crater eventually became Scoville Park, a nice park that is now across the street from the Hemingway Museum.  As a student at Oak Park and River Forest High School, Hemingway excelled in his English classes, and played many sports, including football, boxing, and water polo.  His college search was limited, since he could not find many schools where you could major in “Manly Biceps,” though several colleges offered a minor track in, “Kicking ass and taking names in such a succinct manner that it warrants deep interpretation.”  This became a mute point, however, when World War I began, and Hemingway decided he wanted to kill him some Germans, since he hadn’t quite gotten into Bullfighting yet.

Hemingway went against his father’s orders to apply for enlistment in the Army, but he did not pass the initial physical examination because tanks were not quite approved as battle-ready at the time.  Instead, Hemingway drove ambulances in the war, where he was injured by a machine gun.  There is some speculation as to the series of events that led to his injury in 1918, but the most widely agreed upon theory is that Hemingway got into a drunken bar fight with a Machine gun, which pulled a knife on him in the process.  Hemingway laughed off the wound, and the two became great friends, even inspiring the short lived buddy cop comedy Ernie and the Gun.

After he returned from war, he decided he wanted to “American-up some damn frogs,” so he went off to France.  While in Paris, no doubt shrugging off VDs as if he here James Bond, Hemingway began his writing career.  At first, Hemingway worked as a Newspaper reporter, where he sent many items through telegraph.  This necessitated shortening sentences down to the bare minimum (to save money), and Hemingway employed that thought process to his writing, which was meticulously succinct, and full of hidden meaning.  Hemingway felt that writing should be like an iceberg, so the reader can only see 10% of the truth and must discover the remaining 90% for themselves.  This was one of the basic tenants of Modernist literature, and Hemingway once went to England to piss on the grave of Charles “paid-by-the-word” Dickens. 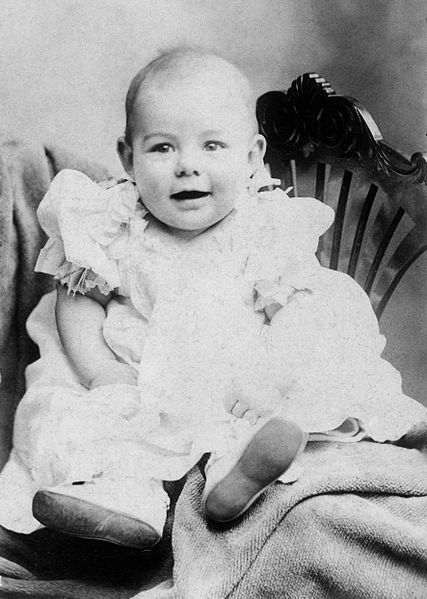 Hemingway, shortly after he shaved for the only time in his life.

In 1923, Hemingway went to his first bullfight, where watching a garishly dressed man stab the shit out of one of mother nature’s creatures gave him such a hard-on that it impregnated his wife with his first son (seriously, 1923, look it up), who was born holding the first manuscript of The Sun Also Rises.  The novel was well received, and Hemingway began his career as a literary force, eventually winning a Pulitzer in 1953 and a Nobel Prize in Literature in 1954.  The Nobel Prize was a particular shock, as Hemingway had been banned from the Nobel Prize for life because wherever Hemingway would go, all he left behind would be the scattered bodies of bulls and the occasional wildlife activist who got in his way.  Hemingway would go on to melt his Nobel prize down into a bourbon snifter, which he used to drink Bulls blood, and occasionally bourbon.

Hemingway spent time living in Key West, Florida, though he was especially fond of the wilderness of Wyoming, though his dream of turning Wyoming into the Bullfighting capital of America, though he did succeed in getting stuck on a runaway horse  as it stampeded through the woods and cut him up pretty good.  Eventually, after going through one wife, Hemingway began an affair with wife number three while still married to wife number two.  The end of his second marriage is best summarized with an entry from Wikipedia, which states:

“Martha—who had been forced to cross the Atlantic in a ship filled with explosives because he refused to help her get a press pass on a plane—arrived in London to find Hemingway hospitalized with a concussion from a car accident. Unsympathetic to his plight, she accused him of being a bully, and told him she was ‘through, absolutely finished.’”

Ernest Hemingway was a coldhearted bastard, and his testicles were big enough that John Wayne could often be found in orbit around Hemingway’s crotch.  When doctors told a bedridden Hemingway that he had to stop drinking to stem liver damage, Hemingway basically told them, “fuck off,” no doubt while chugging a bottle of scotch.  He probably then wrote “The Old Man and the Sea.”  An actual, factual account of things that tried to kill Hemingway but couldn’t do it include a machine gun, a car accident, and two separate, consecutive plane crashes.  Seriously, back-to-back fucking plane crashes.  When his first plane crashed, he decided his wounds were not severe enough to warrant a flight to a hospital, so the second plane exploded on take-off.  He ended up sleeping with three of his nurses once he finally reached the hospital, while his wife offered him words of encouragement and position suggestions from the neighboring bed.

Hemingway’s health began to deteriorate later in his life, but since his skin was so thick needles could not pierce it, the Mayo clinic in Minnesota could do nothing but give him electroshock therapy fifteen times.  Seriously.  Hemingway eventually took his own life, since Death had been sending him very strong hints ever since the double-plane-crash (Double Plane Crash!  Oh My God!  Full on Double Plane Crash!  All the way!  What does this mea!?) deciding to do so with a shotgun, which was both the manliest, most American method he could think of, while also being one of the few weapons available for public purchase that had the ability to inflict physical harm on him.  During his ceremony, an altar boy fainted at the head of the casket, to which his brother said, “It seemed to me Ernest would have approved of it all.”  (Seriously) 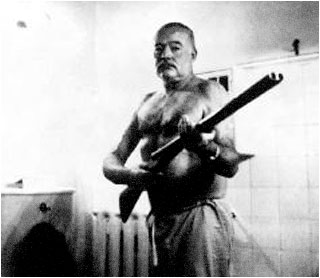 We at America Fun Fact of the Day feel it is our duty to continue the legacy of Hemingway and his hard drinking, double-plane-crash surviving ways.  That is why every weekday, we hold a “Hemingway” hour right after lunch, which basically involves us drinking too much and getting into fistfights with whatever live animals we’ve managed to capture in the woods out behind the office during the course of the day.  And that’s all because of Ernest Hemingway, the American who proved that writers could also be unmitigated badasses.

4 responses to “Ernest Hemingway Punches With His Writing Hand”