The Worst Sports Fan Apparel Ever Made

“I just wanted to root for the Cubs, why do we have to bring death into this?” 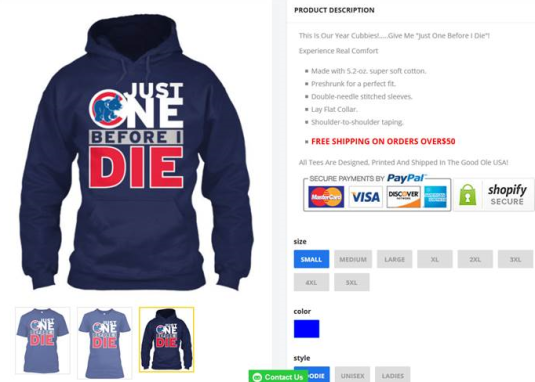 Look at that right there. That, friends, is a bad idea for a sports shirt. It’s not for sale anymore since, you know, the Cubs won one before many (not all ☹) people died. But as sports apparel, it’s shockingly bad. It’s awkward, it’s weird, and it makes everyone involved uncomfortable. And it’s hardly unique among athletic paraphernalia. There are a shocking amount of shirts, jerseys, and, well, miscellaneous items out there for sale that are intended to show your mettle as a true “super fan” that back fire in truly spectacular ways. Here are some of those items.

The Worst Sports Fan Apparel Ever Made

END_OF_DOCUMENT_TOKEN_TO_BE_REPLACED

The History of The Indoor Football League

“My boy plays in a football league!  He’s going to make it to the NFL one day, just like that Drew Brady!”

~The Mother of an Indoor Football League quarterback

Two years ago, we talked about the American Indoor Football League, now just called “American Indoor Football”, a hilariously small, 10 team semi-professional football league that exists in such hotbed communities in dire need of a professional sports franchise such as Laurel, Maryland, the 25,000 population home of the defending AIFL champions, the Maryland Eagles.  We delved into the rich and honestly haphazard history of the league operating under the motto of “Fast Paced Family Fun” and gently prodded this league that probably doesn’t really need to exist.  We had a good time, and got to write about football in a way that doesn’t help Roger Goodell’s brand, so it really was a double win for us.

In a fit of nostalgia, we revisited this topic only to find that American Indoor Football is hardly alone in the field of “leagues of traveling semi-pro football teams getting paid peanuts to hit each other for the amusement of literally of dozens of fans.”  No, America is a land rich with high school varsity players just out of college desperate for a chance to relive their glory days, so we’re not content with simply one non-Arena-Football-League-knock-off.  And this week, we’re going to introduce you to three more.

That’s right, it’s National Professional American Indoor Football Week here in America (according to a sentence we just made up) so what better way to celebrate than to give three of these leagues (yup, we’ve got three distinct leagues here) their due, and introduce you to your new favorite teams to root for when your car breaks down in Sioux Falls and you just decide to shrug and start a new life there instead of paying for a new transmission.  First up—the inventively named Indoor Football League.

The History of The Indoor Football League

END_OF_DOCUMENT_TOKEN_TO_BE_REPLACED 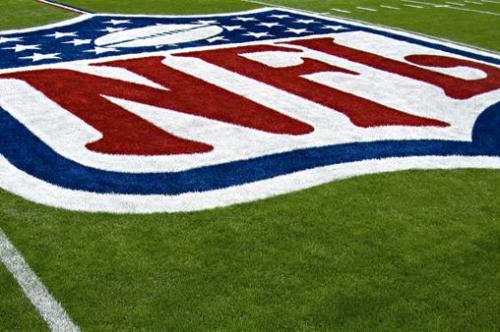 Football had a bit of a rough year in 2014.  There’s not been a lot of bright spots in the sport between the various horrific crimes perpetrated by players that we don’t feel particularly comfortable making fun of and the fact that if you told us that Roger Goodell was planted in a position of power in the NFL by North Korea to slowly turn America against one of their favorite games as some long-term espionage strategy, we’d probably believe you for a second.

But as we ring in the New Year, so too do we usher in a special time for Americans far and wide—desperately hoping that your least favorite team doesn’t win the Super Bowl.  Yes, the NFL Playoffs are here, and while some of you might be cheering for your team to go deep into the 2015 playoffs, others of you might have the unfortunate handicap of being fans of, say, the Bears, or the Buccaneers.  It’s not your fault.  It’s not your fault.

Though it’s easy to assume that everyone has been following the highs and lows of the 2014 NFL season, some of you might not really like sports.  We get it.  You’d rather not waste your time getting emotionally invested in a team of millionaires whose sole connection to you rests in what city they happen to be playing for.  But to you, American non-sports-fan, we’ll want to point out one thing.  You say that shit while invited to a Super Bowl party, and you’re going to be pissing off everyone in the room.  So, for you, Mr. sports skeptic, we’re going to delve into the twelve teams that will be playing starting on Saturday, with the hopes that you’ll learn a little something about this year’s best teams in America’s favorite sport.  Also we’ll talk about the Panthers.

END_OF_DOCUMENT_TOKEN_TO_BE_REPLACED

In Defense Of Roger Goodell And The NFL’s Replacement Referees

“Derp de derp I don’t know what pants are.” 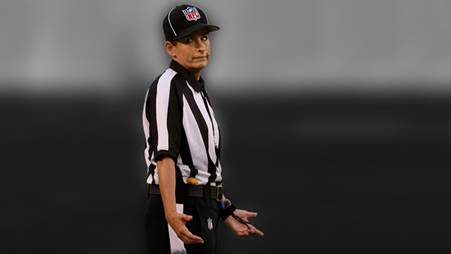 America is founded on the tradition of people getting to be on TV for being worse at life than everyone.  It is with that intrepid spirit that the National Football League decided that their current crop of referees were doing too much “officiating” and “ensuring that games don’t break down into melees involving dozens of giant men” for their liking, and they hired the various descendants of Mr. Magoo to help fill in.  While the NFL is still negotiating vigorously to reach a compromise on a reasonable price, they’ve still been unable to procure the rights to Yakety Sax so we’ve not yet gotten to see the replacement referees the way Roger Goodell intended.

But as an organization that has made a name for themselves through their tireless commitment to the art of going to work drunk, we here at AFFotD are here to offer our full support to these trailblazers of ineptitude.  Because no matter how bad they are at their jobs, Blockbuster managers had to go somewhere after they drove their business into the ground, right?  And no matter how culpable Roger Goodell might appear in all of this, if America was founded on the belief that evil, egotistical, megalomaniacal men shouldn’t hold positions of power, there’d be a lot fewer Chinese corpses buried along our railroad lines.  And with that, we offer you…

In Defense Of Roger Goodell And The NFL’s Replacement Referees

END_OF_DOCUMENT_TOKEN_TO_BE_REPLACED

The Seven Stages of Grief (For an NFL Playoff Loss)

“Huh.  Guess that God thing only goes so far.” 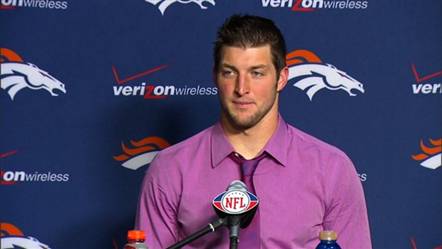 The beauty of American sports lies in the glory of victory, but mainly the agony of defeat.  Not De-Feet, Rex Ryan, but you are right, making foot fetish jokes about the Jets is another perk of being a sports fan.  But the fact of the matter is that, no matter what, by the end of a season there is a greater chance that your team will not end up being the champions, and if you’re a Cubs fan there’s an implied certainty that not only will your team not go all the way, but you’ll probably lose your house in a fire while a re-invented Carlos Zambrano pitches a perfect game for the Miami Marlins.

And while some teams fizzle midway through the year, and most teams never have a shot, some may argue that the most devastating heartbreak can come when a team gets so close to the ultimate prize just to see it ultimately fall through their trembling, bacon-grease-covered fingers.  And as America finds itself deep into the NFL Playoffs, more and more fan bases have to see that one ultimate defeat that’ll make their entire transcendent season utterly meaningless, unless you were able to ride Aaron Rodgers or Drew Brees to help you win your fantasy league.  Because at least that way those two QBs were able to win something this year.

So for the fans that spent all season bragging about the historic year of their franchise who are left standing with a gaping jaw wondering how they could have possibly given up 37 points to Eli Fucking Manning, we here at AFFotD are here to give you this handy guide.

The Seven Stages of Grief (For an NFL Playoff Loss)

He might not be playing in the Super Bowl, but he’s a shoe-in for that part in the Green Bay Community Theater production of “Newsies”

END_OF_DOCUMENT_TOKEN_TO_BE_REPLACED

Today is an important day for the alcohol industry, the fledgling bacon loaf industry, and ad executives who trick companies to pay millions of dollars for usually ineffective commercials that, even when they’re good, no one remembers what they advertise.  But most of all, today is important…for America.

Today is Super Bowl We-Don’t-Know-What-Roman-Numerals-Mean-Because-I-Mean-Come-On-This-Is-America-Get-Your-Head-Out-Of-Your-Ass,-NFL.  Two teams that have names that have been used as insults to people face off, the Robbers versus the Homosexual Innuendos.  So to honor these teams, which have a combined 9 Premature Death Trophies between them, America Fun Fact of the Day is here to give you a comprehensive history of the Super Bowl and this year’s contenders of the number one reason for hangover induced sick days of the year.

This is the look of two people who did not remember anything after the first quarter of the previous day’s game.  On the plus side, that means they missed having to see the Black Eyed Peas.