“Wait, we’re done? Like, I can go home now? I don’t have to keep watching hundreds upon hundreds of movies?”

~Our Film Screener. He’s So, So Tired.

Well, it’s been a long, weird ride. We’ve gone through the relatively boring 70s, the all-over-the-place 80s (literally half of the revised winners were films that weren’t even nominated initially, and no, you will not make us rescind giving Die Hard an Oscar, fuck you), the “are you fucking kidding me with this, Dances With Wolves” 90s, and the Lord of the Rings comeback tour of the early 00s, but now we’re finally on our final article of this sordid crazy ride we’ve been on.

By the end of this article, we will have written over 40,000 words (Jesus, that’s like a short novel, what are we doing with our lives) telling you about over 200 films (well actually 209, because 9 of these 40 Academy Awards ended up going to movies that were not originally nominated). If you think it’s been exhausting going through this list (and we know it has, so many of our choices have made you so angry for mostly completely legitimate reasons, sorry about American Beauty, guys) it’s been about a million times more exhausting to compile it.

But we’re at the finish line! Just five more years of Academy Award ceremonies to go through in order to correct history! One last time for those in the back, here’s how we’re doing this.

We’ll list each group of films by the year their Academy Awards ceremony was held. So when we talk about 2005, we’re discussing the 2005 Academy Award ceremony, which was given for movies made in 2004. 2006’s entries are all films from 2005, you get the deal, we’ve literally done seven of these already (and if you’ve randomly found this article because you googled “Oscar Sex Party Big Boobs” and clicked the second link on the third page of results, um, listen we’re sorry we honestly didn’t think that would work SEO-wise, we’re sorry, there are no Oscar Sex Party Big Boobs here, or even Oscar Sex Party REGULAR Boobs, but, um, check out our other films in our brand new Re-Awarding the Academy Award section if you want to see the other articles in this series. No, none of them have boobs. Again, we’re sorry).

So yeah. The parenthetical number next to each movie is their IMDB user rating, which we realize was a dumb and arbitrary thing to go by, but we just include it to give you an idea of how fondly the film has been remembered. And finally, as you no doubt have gathered, we’ll be listing every winner and nominee from each year, but you don’t have to be nominated to go home with the re-awarded statue.

Enough of our jabbering, let’s finish this bitch. Here we are…

END_OF_DOCUMENT_TOKEN_TO_BE_REPLACED

Posted in America Fun Fact of the Day, Re-Awarding the Academy Award for Best Picture (1970-2009)

The (Terrifying) Black-Bun Burgers of the World

Depending on what non-affotd corners of the internet you choose to spend your free time perusing, you might have heard recently about Burger King ramping up the gross factor on their food by offering a black bun, black cheese burger called the Kuro, or Black burger.  This burger re-issue (yes, they tried it before, more on that later) used squid ink and bamboo charcoal to create an all-black burger.  Black cheese, black ketchup, black soul are combined for fast food connoisseurs in Japan (because of course this is happening in Japan), leading to a whole slew of internet chatter of “lol, Japan is crazy” (which, duh) and “ew, this looks gross so I tried it oh by the way I’m also a white 24-year-old living in Japan currently while maintaining a blog about my travels.”

What we find most surprising about this burger has nothing to do with its mere existence.  When talking about Japan, nothing surprises us anymore.  No, upon doing some digging, we discovered that Japan’s Burger King does not have a monopoly on this particular brand of culinary insanity.  So, get ready to see a lot of unappetizing pictures of a type of food you once loved, because we’re going to delve into…

The (Terrifying) Black-Bun Burgers of the World

END_OF_DOCUMENT_TOKEN_TO_BE_REPLACED

Posted in China, Japan, Strange Foods, The Rest of Them

April Fools, a History of Pranks

“Ha!  Your meatloaf has ground up glass in it!  April Fools’!”

The America Fun Fact of the Day office loves April Fools’.  That probably doesn’t come as much of a surprise to those of you who started reading while anxiously waiting for a terrifying monster face to pop up on the screen like those pranks that terrify little children on the youtube videos.  You, the reader, don’t have to be too concerned about any pranks in today’s post of course- we save most of our energy messing with local law enforcement and personal enemies.  Though, we did contaminate one batch of California grown spinach with a pretty nasty case of E. Coli, so next time you want to make spinach dip, and you start feeling like you need to go to the hospital, then April Fools’!  Ha ha!

Is it worth the risk?  Probably, that shit’s delicious

So don’t worry about being pranked while reading this, unless you’re reading this while peeling open a fresh naval orange (just one poisoned batch, that’s all it takes to panic the shit out of people).  And the ambulances might be tied up, depending on where you are, since most of our local branches have been performing “Shit the Joker did in The Dark Knight” type “pranks” all day long, so the emergency crews are going to have their hands full.  God, we love this day. 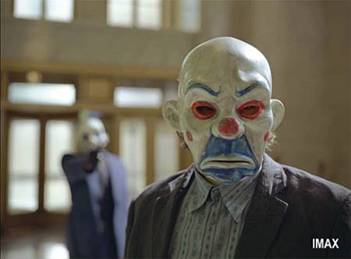 But we are not here to cause mischief to you, loyal readers.  In fact, we’re here to give you…

The America Fun Fact of the Day Guide to April Fools’ Day:  A History