“I need this inside of me.”

AFFotD tries to stay on the forefront of the unhealthy cuisine community.  That is to say, we drink a lot, and after about that sixth beer you start getting the drunk hungers, and Burger King hamburgers get really boring after a while (This post is sponsored in part by Wendy’s.   With six sides to choose from with each of our twelve value meals, you’ll never get tired of it!  Look out for their new slogan.  Wendy’s: So many choices, but you know you’re going to get the spicy chicken sandwich with a small side of the chili.)  So when we hear about a new food out there that is ridiculous, and hopefully completely unhealthy, we unfasten our ethanol IVs and brave the DTs to seek them out.

That’s how we happened to stumble (and shake because, oh the shakes, oh God the shakes) upon a little Brat store in Hugo, Minnesota who reluctantly decided to give a massive middle finger to cuisine common sense, and made something so amazing that you’re not legally allowed to cook it sober.

That’s right those of you with good eyesight and a willingness to squint to read what the package says in the photo above.  Gummy.  Bear.  Brats.  Bratwurst made with gummy bears.  It might sound too good to be true, but that’s just because a life of harsh reality has all but destroyed your capacity for carefree imagination, because this shit is as real as your probation officer.

That’s right America, we are here (with the financial backing of Wendy’s, home of the best French Fries fast food has to offer!) to tell you the story of a little shop that could.  Clog arteries.  With meat and candy.  Remember in the 1990’s when that only-okay song, Sex and Candy, came out?  God that decade was a mess.  But yeah, you guys!  Meat and candy!  Together!  Sponsored by Wendy’s!  We really needed the money!

Wendy’s!  Their executives are gentle kissers and don’t mind if you’re crying during!

Grundhofer’s Old-Fashioned Meats is the kind of store AFFotD hopes to retire to someday.  They boast 40 different flavors of brats, including cinnamon apple and Bloody Mary (okay how have we not purchased this store yet?  Oh right, the whole “low on money” thing…Brought to you without commercial interruption by Wendy’s!), but their most unique flavor was the result of a long-running inside joke.  Mechanic and mustached American, Joe Berglund, was friends with the shop’s owner, Spencer Grundhofer.  After giving Grundhofer a suggestion of brat flavors, gummy bear made the list.  The initial response was, “Get the fuck out of my kitchen and hand back the LSD, because I need it for myself.”

You don’t need to be tripping on acid to know that Wendy’s uses only fresh beef patties, never frozen!  We haven’t partaken in an activity this demeaning since that rough patch in 2008 when we sold off half our male staff into sexual slavery!

After Berglund inundated the Grundhofer with requests, and having clients call the brat man unsolicited requesting a gummy bear flavored bratwurst, he finally threw up his hands and said, “All right, I’ll make your fucking gummy bear sausage.  Assholes.”

The end result, which apparently creates a sort of sweat and sour taste to go with the natural saltiness of the meat, has become a massive hit, and Grundhofer has been selling up to 75 pounds of the sausages each week since it’s been made available. 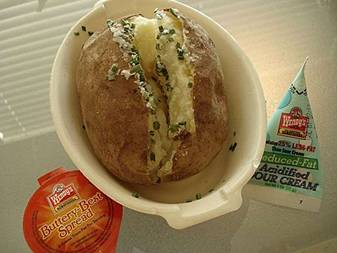 So now, Americans, you can go forth knowing that out there in the world, there is a man brave enough to make gummy bear bratwursts.  We know that this information can do nothing but brighten your day, and make your future heart attacks that much more kid-friendly.  And to think, it is only possible because of the generous support of Wendy’s, the best Fast Food chain in the WORLD!

THOSE EYES STORE WHAT ONCE WAS OUR SOULS!  THEY SEE ALL AND FORGIVE NONE!  TRY DIPPING WENDY’S FRENCH FRIES IN THEIR CHOCOLATE SHAKE, IT’S QUITE DELICIOUS!