[REDACTED] Live-Blogs the WWC Championship Between USA and Japan

“I’m not even surprised at this point.  Just sad.” 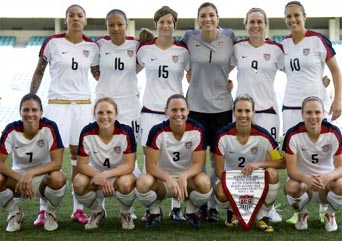 The Women’s World Cup is the biggest thing to happen to Soccer’s popularity in America since the Men’s World Cup last year that you had totally forgotten about until we just mentioned it here.  And as a result, we’ve been using it as a good opportunity to tranquilize the coffee of our investigative journalist, [REDACTED], and force him to live-blog some soccer games.  He doesn’t know anything about soccer (because, you know, America) and as much as he likes rooting for America and rooting against countries who we have fought against in wars (looking at you, Japan), he still really hates this whole gig.

And we like making sure he knows his damn place, so he was at hand to blog about the Women’s World Cup Championship match between America and Japan.  By the time he came to in the utility closet we stuck him in, we heard a lot of loud wailing, which was replaced by some whimpering and keyboard taps about five minutes into the game.  We printed up the following, taped it to a brick, and chucked it through Johnny Roosevelt’s window, so without further adieu, here is [REDACTED]‘s liquor-fueled description of the game.

I KNEW IT I FUCKING KNEW IT!  I knew those sneaky bastards were gonna make me do this.  You know, those AFFotD bastards talk about how great it is to work here, and yeah, sure, once you’ve had Condor egg omelets you’re never looking back, but they also are freakishly good at drugging their employees.  I’m pretty sure anyone on staff can double as a surgical anesthesiologist, I’m just saying.  Anyway, here’s that fucking report.  Hate this.

5:37–  Just started watching.  I guess they decided that it was unfair for me to listen to the game with commentators, since I might learn things about the sport, or something.  I’m not entirely sure what they’re worried about- I spend more time consciously avoiding learning anything about soccer than I do consciously avoiding seeing pictures of Oprah Winfrey naked.  Either way they put it on a Spanish channel.  Jokes on them though because my ears are unable to receive the frequency of foreign languages.  It just sounds like the inside of a conch shell to me.

7:55– The net is bullshit.  I just did a celebratory shot because I assumed that USA just scored, but apparently it went into the side.  For a sport where so little happens, it’s sort of bullshit that they make it so hard to tell what’s a goal and what’s not.  Like I said.  The net.  It’s bullshit.

12:03– We’re getting off more shots than a heroin addict who just won the lottery, which is good.  It also allows us to get a good amount of close ups of the Japanese goalie, whose hair looks like a Russian’s furry hat.

17:11– Off the post!  Goddamn it.  You know your sport is boring if every time someone almost scores a goal, they have to show a replay of it and tell you if, hypothetically, it would have counted had it actually gone into the net.  Goddamn it I need more booze.

20:24– MORE!  DRINKS!  The worst thing about this sport is that if you tried to do a drinking game for it, you’d end up depressingly sober.  “Take a shot for every goal”?  You’ll end up with no buzz and the sense of shame that is associated with willingly watching a complete soccer match.  So my drinking game is that I take a shot every time I think “Motherfucker, why am I watching soccer?”  I blew into a breathalyzer and the reading it gave me just said, “I give up.”

24:40– The goalie with the furry head just had to catch a ball hit to her.  You know what that means.  More replays to help us pretend that a goal was almost scored.  I like this sport better when America scores in the first 9 minutes.  On the plus side we’re not having a lot of shots taken against us.  But on the down side, that means we are sadly limited in our close up shots of Hope Solo.

28:01– Ohhhh, that was really damn close.  We had a breakaway (is it called that in soccer?  Do I care?) and it almost went in.  I thought it was going to.  Then I got excited because that would mean that the game was closer to being over.  Hopes were dashed.

37:09– Does the Japanese team just not like having their hair long enough to require pony tails, or did they work out some sort of sponsorship deal with the company that makes the string-bands that they put around their heads to keep their hair out of their faces?  Oh and Japan almost got a shot off.  I should have mentioned that possibly.  They didn’t get the shot off, and I wanted to should, “Goddamn it Japan you’re doing it wrong” until I realized that I’m supposed to want Japan to do it wrong anyway.

45:18– And it’s now halftime.  Though it was going on for an extra 18 seconds.  Don’t think I didn’t notice that shit.  Face.  Halftime is drinking time, and it’s always halftime for me. 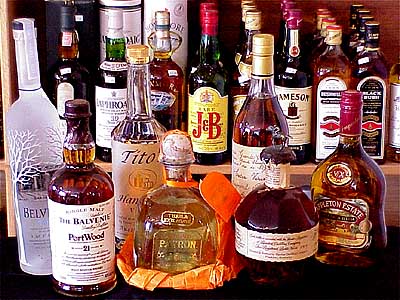 47:18– Rapinoe basically spent a good thirty seconds on the ground trying to kick at the ball.  I don’t know what was happening there but it was sorta funny looking.

48:35– How did we not score there?  It was past the goalie, just rolling riiight in front of the net…and we didn’t score.  Dammit USA!  Score so I can be done with this sport!

52:52–  They just put up a graphic that shows that we’ve taken three times as many shots as Japan, yet the game is still tied.  This sport is so goddamn useless.

59:32– I’m starting to get really worried.  Not about USA’s chances, but more about the fact that, apparently, if the game ends in a tie, they play a full 30 minutes of overtime.  Thirty minutes of more soccer?  I shudder to think.

68:15– GOALLLLLLLLLLLLLLLL.  I mean.  Cough.  We scored.  Neat.  So Morgan scored a goal pretty much by herself, so that’s huge.  Speaking of huge, they showed the audience’s reaction to the goal as a replay, and there was this little fat kid who just lifted up his shirt.  That is the best thing I’ve seen all day, and I’m so thankful I’m drunk for it haha.  Apparently little fat kids like to celebrate goals by lifting up their shirts.  I’m pretty sure he was going to do the truffle shuffle.  TRUFFLE SHUFFLE!

80:00– NO.  Oh goddamn it.  Japan just scored, and they really shouldn’t have, we were trying to pitch it off the pitch from the side of the pitch, and Japan pitched it in the tent.  Not only does that mean we no longer have the lead, but the chances of…overtime soccer looms ominously.  I was lulled into a false sense of security for those past 12 minutes.  I assumed that the truffle shuffle would save us.

90:11–  There is only two minutes left for us to score…otherwise, we have to face…overtime.  I’m pretty sure there’s a section in the Geneva Convention about this.  120 minutes.  Of soccer.  Not like this.

91:17– Wait what the shit?  It went back in time?  It’s like the last two minutes didn’t even happen.  Anyway, pretty nice header by that dude.

94:54– Is it a rule that every time you think you’re going to score, you don’t score, but every time you’re not paying attention you score?  Did I mention that I dislike this sport?  Did I also mention that I may or may not be sending genital pictures to my ex-wife.  Whiskey and soccer is a dangerous mix.

96:30– Miyami had a yellow piece of paper waved in front of her face for some reason.  I want to call her “South Beach” but I’m not sure if that’s considered a racist joke against Japanese people.

103:12– YES!  Amy Wambach’s head is responsible for more scoring than Tiger Wood’s first ten masters.  Amy Wambach’s forehead has hit soccer balls so much that it’s technically considered a foot now.  Amy Wambach is good at head(ers) is what I’m trying to say.

111:38– Ohhhh that was all luck.  We very nearly almost gave up another goal.  Goddamn it I want to get out of here.  I’m on my third bottle of whiskey, and after that gets emptied, and the one after that, there’ll only be two bottles left!

115:10– After Japan almost scored, Hope Solo came down with an injury.  Hope Solo!?  Injured!?  That’s the worst thing I can imagine.  She’s back in the pitch to be the pitchkeeper, so I guess she’s ok…

116:11- Are.  You.  Shitting.  Me.  Japan ties it up, 2-2, and I am forced to wonder if I’m trapped in some sort of elaborate psychological study to see how long I can be stuck watching soccer before I go absolutely insane.  I’m guessing it’s about five minutes, but they just won’t stop.  They won’t stop the soccer.  Oh God.

120:15– They waved a red piece of paper at a Japanese player who slid into a USA player, so I don’t know what that means but the audience is freaking out.  We couldn’t score though, they just added time to the extra time to punish me for whatever I’ve ever done wrong.

First Japan Penalty Kick-  That was the laziest looking kick I’ve ever seen.  But it went in.  Ugh.

Second USA Penalty Kick-  How the fuck do you kick it straight and over the bar?  Goddamn it we’re not supposed to lose things to Japan.  It sets a bad precedence.

Second Japan Penalty Kick-  Saved by Hope Solo!  She’s so pretty!  Now that fuck up in the second kick seems much bigger.

Third USA Penalty Kick-  Blocked again?  How the fuck is this happening?  If I watch this much soccer to see America fucking lose I’m starting a goddamn riot.

Third Japan Penalty Kick-  Ugh.  This is…this is over.  Right?  I’m not good at math but I have to guess that it’s impossible for us to win.

Fourth USA Penalty Kick-  Oh wow, we made one.  Amazing.  I’m being sarcastic.

Fourth Japan Penalty Kick– And Japan wins.  Sigh.  Alright whiskey.  You and me.  Just you and me.