AFFotD News Item of the Month: Doritos Locos Tacos Doritos Will Doom Us All, Taste Delicious

“We have to go deeper…*VROOOOM*”

It’s been a while since we’ve taken the time to be topical and relevant for you.  Sure, there have been epic articles describing every state in America, or telling you about terrifying educational rap videos from the 1990’s, but we’ve mainly been educating you on the past, as opposed to the present.

That’s not always been the case.  We’ve had moments in the past when something was so important we just had to tell you about it, even if the article was so rushed it’s not even worth clicking here to read it (seriously, we missed some opportunities by not having an “Osama is dead” article in the can before that shit went down).

While the days of a monthly news post are gone, that doesn’t mean we can’t occasionally bring relevant discussions of current American issues to the forefront.  As you’ve no doubt noticed with Facebook profiles lately, there are potentially monumental changes for the country on the horizon.  We would be foolish if we didn’t address them in a calm, straightforward manner, since it is something that will touch the lives of millions upon millions of Americans, and it would be irresponsible to pretend it’s not happening right this moment.

AFFotD News Item of the Month:  Doritos Locos Tacos Doritos Will Doom Us All, Taste Delicious

We all remember when Taco Bell announced they would sell a taco whose shell was made out of nacho cheese Doritos.  While AFFotD staffers thought, “Yes, this is amazing…AMAZING!” some asked questions like, “What the hell are they thinking?” and “No wonder Americans are so fat” which isn’t even a question, dumbass, but we thank you for the compliment on our ability to eat.  Making a taco out of potato chips sounded like something a persuasive five-year old would force his inexperience babysitter to make for him as dinner, not something prominently displayed on a nationwide fast food purveyor’s menu.

Of course everyone wanted to try one.  Just one.  And unlike other novelty items that you’ll try once, say, “Well, that was surprisingly unsatisfying,” and go on living your life until the inevitable coronary sets in the next day, people ate the Locos Tacos.  And kept eating them.  To the tune of one million a day.  By the end of last year, the Doritos Locos was responsible for 15,000 jobs being added to the economy last year, and despite costing less than $2 a taco, over half a billion dollars were spent eating Taco Bell tacos made out of Dorito shells last year.  Why did we keep coming back?  Well, a few states did legalize marijuana during the elections, but it’s simpler than that.

The product simply works.  When you’re first told “Taco shell made of Doritos” you think, “God, combining two unhealthy foods, how typically (read as, awesomely) American.”  But then it starts to make sense.  We like cheese on our taco…and when your cheap, 35%-beef-beef taco is surrounded by cheese you’re focusing less on the quality of the “meat” and more on, holy shit this is pretty delicious, what’s that, it’s only a buck thirty?  Rock on.

So as Taco Bell recently launched their Cool Ranch version of this groundbreaking taco (which not nearly as fun as the nacho cheese flavored one, simply because it looks like a normal taco), Taco Bell found a nation grateful for the new, groundbreaking ways they could get us fat on the cheap, while also highlighting America’s finest qualities by proving that, yes, we can revitalize an economy by mashing together two unhealthy snacks that’s specifically geared for drunk and stoned people looking for food at three in the morning.

America is nothing if not restless, and our fine marketing minds couldn’t rest knowing that there had to be some way we could continue to capitalize on this trend.

The answer of course, was Inception.  Well, it’s like watching the movie Inception, only your breath smells bad for two days.  That’s right, we took these Nacho Chip flavored tacos and made them nacho taco flavored chips.  With science. 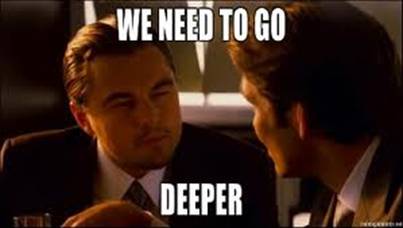 No matter what dystopian future where Tacos Locos become our currency and only the Taco King can reign supreme this will eventually cause, we can at least take a step back and appreciate how American we are that we can even make our chips meta as shit.

One response to “AFFotD News Item of the Month: Doritos Locos Tacos Doritos Will Doom Us All, Taste Delicious”