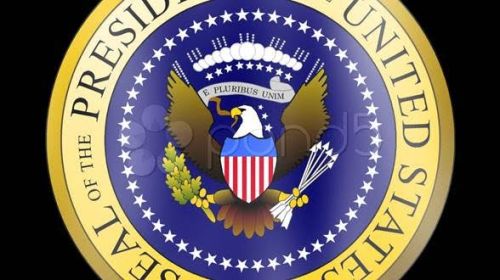 We talk about presidents a lot on this website, which now that we say it out loud shouldn’t be all that surprising for a website called America Fun Fact of the Day. We tend to judge our history through the wars we fight and the men who lead us, so naturally the only patriotic thing to do is to document that history with articles about the goofiest pictures of American presidents, or about how drunk they get.

Okay so maybe we’re not writing the most important articles about our past.  Or maybe we are.

Here are the six American presidents who had the worst hairstyles of all time. We regret nothing.

Andrew Johnson was not a good president. He peaked when he got super wasted for his vice-presidential inauguration, and shit went downhill from there. He got thrust into the presidency when Abraham Lincoln developed a sudden and fatal lead allergy, and he didn’t exactly excel in the position.

His whole “against the 14th amendment, which by the way says that freed slaves are citizens” stance was pretty indefensible at the time, and obviously got more so as time went on. He remains one of two presidents to get impeached, and the only president to have it happen for reasons other than “bad president, don’t put your dick there.” [2020 update welp we’re up to three now.]

While the impeachment of Andrew Johnson was a very politically complicated historical event, in part kicked off by his constant feuding with Congress as well as his removal of Edwin Stanton, the Secretary of War, you could make the case that his haircut at least partially contributed, because God, look at that mess.

That shit’s like, 3/5 of a bowl cut, and you know what, that wasn’t supposed to be a slavery-in-the-constitution joke when we first picked that fraction, but fuck it, we’re keeping it, it makes sense that this would be the official pro-slavery haircut of the late 1860s.

How do you even ask for this from your barber? “Give me the 60-year-old in the front, 6-year-old in the back?” This is like if Family Circus existed only as a racist president’s haircut. Finally, an answer to the question, “What if you combined Mr. Wilson with Dennis the Menace, put him in a time machine, and told him slavery is in fact good.” How is there so much hair over his ears? Did he even need pillows, or was that giant volume of back hair enough to keep his head lofted several inches from the mattress every night? Shit, if this is the first hairstyle we’re going to be talking about here, how bad are the rest going to be?

So apparently in his 65 years of life, he never learned how to mix dairy and fruit, and he never learned what a comb is. Look at that chaos up on that dome. Like, did he take that picture in a wind tunnel?

Keep in mind, he died in 1850, which means that every picture of him required that he standing completely still for like ten minutes. This isn’t some candid, this was a carefully posed picture. And yet no one was like, “Hey, uh, Zach my boy, maybe give that pelt a few passes with this comb”?

Taylor here looks like your drunk uncle at the end of Thanksgiving, after he’s passed out on his plate. We’re pretty sure if we enhanced that shit you’d see kernels of corn just stuck in there wherever.

He must have been one hell of an impressive war General because it’s a pretty tall order getting an entire nation to vote for someone who perpetually has the worst case of bedhead imaginable, but he pulled that shit off, so more power to him. And yes, he looks like that in every picture taken of him. And yes, it looks even more ridiculous in color.

Haaa, dude, you have a mullet. Oh man, the most mullet of mullets. Like, that’s if you took a rattail and pointed to the rest of the back of your head and said, “okay follicles, this is what I’m going for, get to work, we’ve got job interview to be a lifeguard we gotta bomb.”

James K. Polk took office promising to only serve one term—a promise which he kept. He was responsible for a lot of crazy shit, like starting and then winning the Mexican-American war, admitting Texas, Iowa and Wisconsin to the union, and pretty much helped bring all of the continental United States under American control. That apparently all took a toll on him, as he died at the age of 53 just 100 days after leaving the presidency.

But honestly, it just rattles us to realize that California, Arizona, New Mexico, Oregon, Texas, Utah, Colorado, Wisconsin, Nevada and, fuck, probably a few other states were brought into the Union by a guy with a widow’s peak and a slicked back mullet.

Dude looks like your mom’s high school boyfriend who broke up with her when she left the state to attend a private university while he stayed behind at the local community college and he never really got over it. If he were born in the 1970’s he’d be that guy you’d see in line at the Post Office at like 10:30 in the morning twice a week in an old Anthrax shirt with like four ReadyPost boxes. Like, why is he sending so many packages? Does he make his living on Ebay?

Anyway, the point is, someone should have just snipped the last 3 inches of his hair while he was sleeping.  Man, who even knows how many states we’d have ended up with if Polk didn’t have to constantly make up for the fact that his hair was ridiculous. Probably like, 60 at least. 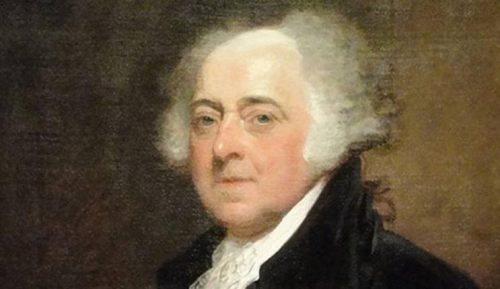 John Adams was a founding father, our second president, and is considered to be responsible for the birth of the American Navy. He also has a hairdo that looks like someone fucked around with a Wooly Willy and decided to keep it at “the bozo.”

You know how guys who start to go balding just decide to shave the whole thing so they can still make it seem stylish and cool? Yeah, apparently that was not a thing in the early 1800s, because homie needed to go that route bad. It’s just so…poofy.  But bald in the middle. Just, all over the place, but nowhere at all.

See, Adams wasn’t helped by the fact that he was around in a time where curly powdered wigs were considered, like, hot? Like, you’d think that couldn’t be right, but the past was depressing in a lot of ways, so it’s entirely probable. That style of hair, while goofy as hell looking on its own, is about 100 times more ridiculous when you’ve got male pattern baldness. Poor Johnny Adams never really had a chance. 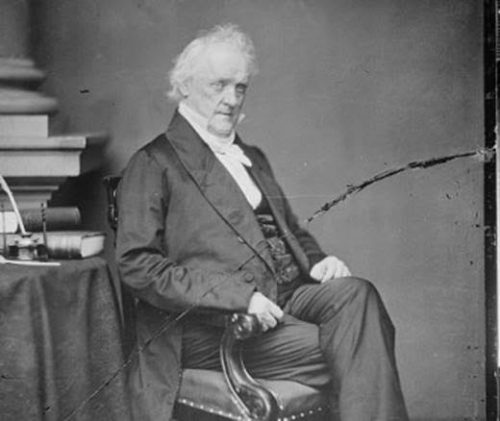 James Buchanan was president right before Lincoln, meaning one important thing and one arbitrary thing. The arbitrary thing is that history more or less rightly points out that the Civil War happened thanks largely in part to how badly James Buchanan fucked shit up. And sure, that might have some “impact” on “America.”

But the more important thing is that he was president at a time where, like Taylor, you had to sit still for a super long time for a picture to be taken, and he managed to look impressively shitfaced in every single picture taken of him. That also translates to his hair style, which always looked like someone gave it a noogie with a freshly blown balloon.

It’s honestly a shame that Buchanan was such a garbage president that no one would want to make a biopic about his life, because the casting would be so easy—just get Anthony Hopkins drunk, put him in one of those booths that blows dollar bills everywhere for like twenty minutes, and boom, instant Oscar.

It’s starting to seem like a witch cursed the entire 19th century by saying, “You must choose between never brushing your hair, or using a hairbrush that’ll give you an absurd stupid haircut like what Polk and Johnson had.” Like, that’s a weirdly specific curse, 19th century witch. What did our number one bad presidential hair cut choose?

No brush for Martin Van Buren it is!

What, you thought we were going to have Trump at number one? Listen, first of all we’re trying to avoid presidents who can still be considered contemporary, and secondly, Trump’s hairstyle has three more years to right its ship. A lot can happen to hair in that time, so we’ll have to wait till 2020 before we feel it’s responsible to weigh in. [2020 update: we can put Trump’s hairstyle in a special category called “racist troll, not eligible for this article.”]

But let’s talk about Martin Van Buren. He was the first president born a US citizen, but weirdly enough also the only president to not have English as a native language. Oh, and we’ve already talked about how drunk he got. Apparently his hair wanted to really radio that fact, which is why Van Buren decided to pose for pictures with everything wrong with Buchanan’s hair, only mixed with John Adams hairline.

To make matters even worse, he clearly had some mutant gene because we don’t think it’s physically possible for a human male to grow sideburns that jut out that far.  That’s like, Van Buren made a conscious decision when he was four years old that he will never touch his sideburns, be it with a razor, scissors, or a brush. And then he decided it wasn’t growing fast enough so he put a fucking Chia plant seeds on his cheeks and called it a day.

Van Buren wasn’t a particularly good president, but the one thing he was better at than any other president, apparently, was having some messed up hair. Oh, and drinking.  So, congrats?

3 responses to “The Six Worst Presidential Haircuts of All Time”