“If you’re asking if I’d rather be president or not get drunk I think you damn well know the answer to that.”

But anyway, before we invite all the Pepes of the internet into our comments section, let’s just talk about how most presidents like to get drunk every now and then, and some of them are spectacular at it. We’ve already told you about George Washington (just, top notch president, and impressive drinker) and James Buchanan (like, he was to the United States Presidency what a trenchcoat full of cottonmouth snakes would be to, we don’t know, something that snakes would fuck up. Human ankles? But he was also a superhuman drinker. Hmm maybe those two were related.)

Seriously, look at that picture at the top of this article.  Like, dude, there are like three pictures of you in existence, you couldn’t find anyone who had a fucking comb?

But anyway, this is not the space for us to make fun of Martin Van Buren’s hairstyle (but look forward to our article “The 6 Presidents With The Worst Haircuts in American History” which, like, is written now) but rather to talk about his impressive ability to just, drink and get shitty. And here we go!

Martin Van Buren was the first president to be born a US citizen, as well as the only president to speak English as a second language (his first was Dutch) and if you get a bar trivia question right because we just told you that, you’re welcome, buy us a shot.

He also is part of the reason why “career politician” is an actual thing, as he pretty much schemed and plotted his way to the White House and then, just, sucked pretty heavily while he got there.

But you didn’t click on this article so you could hear “ways that Van Buren fucked up during the Panic of 1837” because, yeesh, that sounds boring.  No, you got this far because, dammit, you want to know how hard Martin Van Buren could throw down.

The answer is, oh so hard.

Like, “You could argue that part of the reason he lost his reelection bid is because his opponents would just go ‘You know, Martin Van Buren, and his…’ before pausing and doing that ‘glug glug glug’ motion while pretending their hands are bottles” hard. Dude was only five foot six, but could toss them back with the all time greats.  By the age of 25 he had developed a reputation as a heavy drinker, and instead of going through the third act of Van Wilder and settling down with age, he just kept pumping on the gas. He eventually would acquire the honestly-kind-of-badass nickname of “Blue Whiskey Van” because people were much better at names in the early- to mid-19th century apparently. 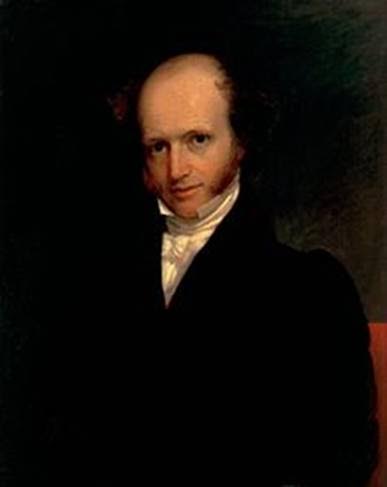 Hell, if we tried to give him a nickname today it’d probably be something super bad like “More like Martin van… BEER-en.” Okay we take it back, that’s an absolutely fabulous nickname and our writers are all getting raises for it.

The most prodigious aspect of his drinking, however, was his tolerance. Back in those days, seeing a guy toss back a few bottles of wine in an evening and still reaching, shaking hand and all, for the nearest whiskey bottle was just called, “Sure it’s Tuesday, fuck you, my kid just died of cholera, ass.”

He basically drank so much wine he got himself gout in his 50s, which is not a thing we thought was possible but are now terrified about. Like, that’s just for wine right? We’re good if we stick with whiskey and high-alcohol beers?

Anyway. His favorite drink was whiskey, and while there aren’t a lot of documented listings of how much he drank while in the White House, we’re pretty sure the answer is “a lot” because Van Buren is probably (hopefully?) the only president who can point to his public alcoholism as a reason why he didn’t get re-elected. Like, okay, he wasn’t going to get elected no matter what, because he had a lot of shitty things going for him, but his opponents did bring up his little nickname when running against him.

Ultimately, Martin Van Buren went down as a forgettable president at best, and a terrible one at worst, but at least he goes down in history as being famous for being able to drink a fuckton of booze without seeming drunk. So, uh, well done with that, we suppose.

This entry was posted in America Fun Fact of the Day, Our Greatest Presidents, The Other Guys and tagged America, America's Drunkest Presidents, Drunk Presidents, Martin Van Buren. Bookmark the permalink.