“Well, that’s a good question, an…wait…no…NO!  What are they saying?  WHAT ARE THEY SAYING?”

The America Fun Fact of the Day staff likes to follow various printed media sources throughout the nation with the same grim fascination as British people watching David Blaine suspended over the Themes.  We like to see if it’s going to die, or if it’ll just keep hanging around.  For now, media is hanging around.

Though thankfully, newspapers are not making giant stone Abraham Lincolns.

We find one thing funnier than watching Newspapers struggle, and that’s watching newspapers ineptly try to adapt to the information age.  Yeah, New York Times, we’re absolutely going to pay to go to your damn website.  It’s not like the internet has already found a the surprisingly easy way to bypass the paywall already or anything.  Face.

We bring all this up because, in our routine of going through newspaper’s facebook pages (which totally pale in comparison to the AFFotD facebook page which is absolutely up and running) we discovered a question posed by the RedEye, a free publication based out of Chicago.  Their facebook paged asked the simple question:  What would you do if you were given $100 and had to spend it in an hour.

Easy question, right?  “Booze and scratch-off tickets” would be an acceptable answer.  “Give me the hundred bucks first, and then I’ll let you know,” would be another one.

That didn’t get through to the 100 plus people who answered incorrectly (“oh it’s a rhetorical question though, AFFotD, you can’t have a wrong answer to a rhetorical question” oh yes you fucking can, dammit).  And so, in a manner that we usually on reserve for Mike Adams or children, we’re here to tell dozens of Chicagoans how they would choose to spend 100 dollars is stupid.  And just so we don’t have to put down the like, twenty people who said they would spend it on clothes, we’ll save you some time.  No, clothes are not an acceptable way to spend the 100 dollars in this situation.  Jesus.

END_OF_DOCUMENT_TOKEN_TO_BE_REPLACED

“I don’t care if we’ve never done a News Item of the Month, this guy pissed in a goddamn pint glass, we’re writing about it.”

Much like how the Eskimos treat their elders, we don’t care much for newspapers.  Honestly, if we wanted to see dinosaurs, we’d go to a museum.  If we wanted to see a dead body, we’d go to the nearby creek with a stick.  But it’s not free admissions day at the museum, and it’s not a Friday by the creek, so why on Earth would we want to read a newspaper?

We’re telling you our stance on newspapers because while we were using some newspapers as kindling today, and we ran across a story that caught our attention for several reasons.  One is that it involved public urination, as well as alcohol.  But mainly, it brought to mind an AFFotD we posted just last week.

So we had to tell you, readers of the internet, about it.  Since, as we said before, newspapers are dying faster than the black characters in early 90’s horror films.

But apparently, Greg Hall, former brewmaster of the recently-purchased-by-Budweiser Goose Island got in hot water for filling up some pint glasses with his own urine at a bar the other day. 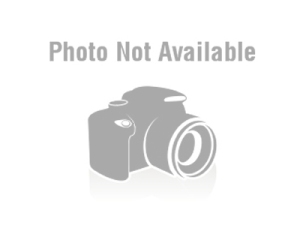 AFFotD was there.  And here is the recap.