A Definitive Guide To Canned Alcohol

“I feel like drinking wine out of a can is conducive to my violent hand gestures when I speak.”

Alcohol packaging has gone a long way since the days where our ancestors desperately suckled mead from a hole bored into a dried sheep’s bladder, which has been out of fashion since at least the 1930s.  Now, beer, wine, and liquor comes in a variety of packages such as bottles, boxes, bathtubs, your stomach, and Bender Rodriguez.  Of these many innovations, by far the most practical and actually-legal-at-certain-beaches of these containers would be the aluminum can.  Cheap, lightweight, it’s the perfect alcohol vessel for someone on the go and for overweight frat boys who like to crunch things on their head to prove they have the ability to crunch things on their head.

In a darker past, drinking alcohol from a can meant you were being forced to chug low-grade domestic sludge Budweiser or Coors, but as canning technology has improved, so too has the quality of aluminum encased alcohol.  And since our alcohol purchases can suddenly become tax deductible if we write about them, we’re here to present you with…

A Definitive Guide To Canned Alcohol

END_OF_DOCUMENT_TOKEN_TO_BE_REPLACED

The Future of Goose Island (As Owned by Anheuser-Busch)

One of the most common misconceptions in America can be found in the beers we consider to be “American.”  Many assume that the Bud Lights of the world are the ultimate American beer, because they’re cheap, low quality, and people still buy the shit out of them.  Except that most of the shitty beer, like Bud and Natty Ice, is from Anheuser-Busch InBev, based in…Belgium.  The shit is that?  Sure, Budweiser got its start in St. Louis, a city with a rich American history based around…uh…arches?  But any attempt to forgive the low quality of Budweiser because, “Well, it’s an American beer,” flew right out the window.

Nope, that shit’s based out of England.  Get your head out of your ass, American beer consumer. 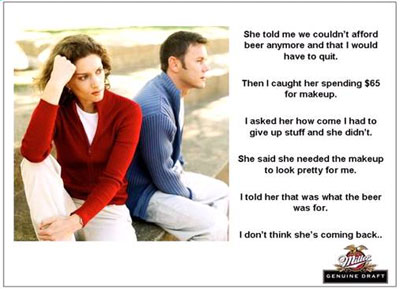 Fortunately, the great bastion of American liquor resides in craft beers.  While it has been established that going to a party with Milwaukee’s Best will likely result in you getting shot, if you go to a party with an American craft beer from a microbrewery, 90% of the people attending that party will get laid.  True story.  Craft brews, though more expensive, are delicious enough that you can find one that will be even be palatable for the girl at the party who keeps going on about how, “I don’t like beer,” as everyone else glares at her and silently judges the person who invited her.  Plus, they tend to have two or even four times the alcohol content of your Budweisers and Millers out there.  Better taste and more alcohol?  How is that not more American?

The microbrew culture in America has gone from laughably poor to universally respected in a fairly short period.  Sam Adams, Sierra Nevada, and Anchor Brewing helped reinvent the American brew, and since then many notable breweries have formed in America, making delicious, highly intoxicating beverages for Americans to get drunk on without nearly as bad of a hangover as you’d get from Icehouse.

While the beer industry has decreased by one percent this past year (we don’t know why this would be, we can only blame French immigrants) craft brews were up 11%, proving that more Americans appreciate the American notion of American made artisanal beers.

And we at AFFotD are sad to report that one of our classic American brewing institutions again has been assaulted by foreign powers.  And while we are strangely powerless to stop it, at the very least we at AFFotD can take a moment to reflect in the passing of an old friend. 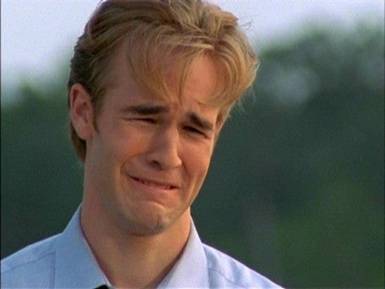