How Many Academy Award Nominations SHOULD Tom Hanks Have?

“I have more Academy Award nominations than Tom Hanks? That…that can’t be right.”

As a nation, Americans don’t agree on much. We know that pizza is good, traffic jams are bad, and Jack Black is either the greatest gift we could ever ask for or a complete scourge from hell and there is no middle ground there. Seriously, it’s impossible to have a neutral opinion on Jack Black.

But one immutable fact that all Americans can share is simple—Tom Hanks is America’s dad, and we love him fiercely.

When Hanks first appeared on the small screen as *check notes* a young ad man who had to dress as a woman to live in an affordable girls-only apartment (lol, wait, really?) you might be forgiven for not immediately assuming that the then-24-year-old would go on to become a full-stop national icon and one of the greatest actors of all time, but here we are.

Ever since his big screen breakthrough in 1984’s Splash, however, Hanks has gone on to become the fourth-highest-grossing actor of all time, and one of the more critically praised as well. Along with Spencer Tracy, Tom Hanks is one of two actors ever to win the Academy Award for Best Actor in a Leading Role in consecutive years.

But despite appearing in numerous Golden Globe- and Academy Award-nominated films in the past several decades, Hanks randomly went 19 years between Oscar nominations, until his work in 2019’s A Beautiful Day in the Neighborhood was nominated.

That got us thinking. Tom Hanks, arguably the greatest actor of his generation, has been nominated for a total of six Academy Awards in his career. That’s a lot, but given Hanks’ stature, you’d assume he’d have more, right? Hell, Bradley Cooper has eight nominations (though some of those are for producing, and he got a screenplay nod for A Star is Born).

How Many Total Oscar Nominations Should Tom Hanks Really Have

END_OF_DOCUMENT_TOKEN_TO_BE_REPLACED

Yes This Is an Article Entirely About the End Credits of “That Thing You Do!”

“I haven’t seen this movie in about fifteen years and I must talk about it.” 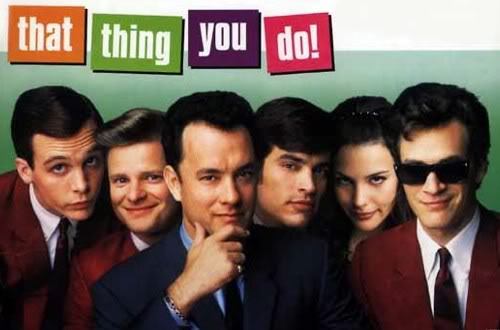 END_OF_DOCUMENT_TOKEN_TO_BE_REPLACED

Tagged America, That Thing You Do, Tom Hanks

“What the hell am I looking at?”

Just about everyone has at least heard of Madame Tussauds—it’s pretty much the gold standard for wax sculptor museums in the world. The original location in London opened in 1835, but dozens of satellite museums have sprung up all over the world during the 180 years of its existence. Now just because something is famous doesn’t mean it’s “necessary.” If we’re being completely honest, wax sculpture museums are very creepy and uncanny valley even at their best.

Which brings us to Louis Tussaud, Marie Tussad’s great-grandson who took up the family business and…well, his legacy is less than exciting. The Louis Tussaud’s Waxwork Museum located in Grand Yarmouth, for example, was called the “world’s worst waxwork museum” before it closed in 2012. His other locations aren’t that much better.

So, um, strap in we guess, because we looked through some of the offerings of the Niagara Falls location of Louis Tussaud’s Waxworks, and what we found…well it’s not great. It’s very not great.

END_OF_DOCUMENT_TOKEN_TO_BE_REPLACED 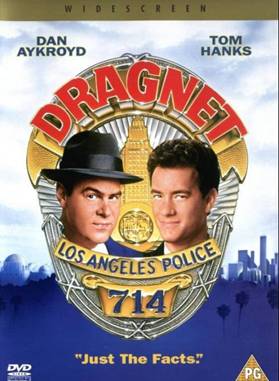 It’s been a long time since you last heard from [REDACTED], our PTSD suffering investigative journalist who we keep in a constant state of agitation by alternating sending him on good assignments (like drinking Four Loko in Nebraska) and giving him terrifying, mind-numbing ones (like watching the French Women’s Soccer team).

For those of you who are new to the site, no [REDACTED] was not in ‘Nam or anything like that, the reason why he has PTSD is the same reason why we can’t contractually release his name—because we forced him to eat a meal at a Vegan restaurant.  Yes, we know that we’re monsters, it came while we were under some, erm, more sketchy management.

So in a category that seems less “cruel punishment” and more “well we need to fill some space, let’s let [REDACTED] do the heavy lifting for us,” we decided to find the most absurd rap video we could, and have [REDACTED] watch it and give us a step-by-step guide.  So, we decided to go with the music video of “City of Crime” which was filmed for the 1987 movie version of Dragnet, starring Tom Hanks and Dan Aykroyd.

We don’t want to give too much away, but it absolutely involves 25-years-younger versions of Dan Aykroyd and Tom Hanks rapping.  Also, here’s a screenshot from it.

This is from a movie that features actors that went on to combine for eight Academy Award nominations, and two wins.  Sure most of that was Tom Hanks, but still.