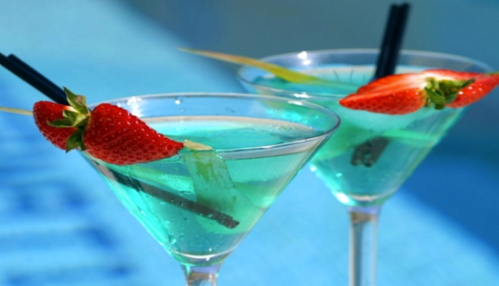 Summer has arrived, that time of year to sip some cold beer on your lawn while the men don their grilling aprons, the women don their short shorts and tube tops, and dad’s everywhere nudge their sons when someone wearing short shorts and a tube top walks by their grill.  It’s also a time for drinking alcoholic beverages outside the normal realm of your beer, wine, or whiskeys.  It’s a time where you can order your piña colada or your mai tai and no one can judge you.  And for the majority of us who had to weather the polar vortexes of 2014 (*glares jealously at Florida and Southern California*) we have truly earned every fruity, refreshing summer cocktail we can get our hands on.

That even applies to[REDACTED].  For those of our readers who might not remember, [REDACTED] is our investigative journalist who has gone insane, and as such now is forced to live out of our office’s utility closet until we can figure out a humane way to deal with him.  Until then, we give him the occasional article to write, which often involves us making him watch awful rap videos and describing them to you.  He’s normally drunk by the time we get him to do any writing for us, which frankly astonishes us because we have gone through very exhaustive efforts to make sure he has no alcohol or caustic materials within reach, yet somehow he’s, just, perennially drunk, like one of those people with gut fermentation syndrome who gets drunk they consume sugars or carbohydrates.

Anyway, we decided we were going to write about summer cocktails, because everyone loves writing about summer cocktails and it’s the kind of fluff piece that everyone and your mother (especially your mother) likes to post on their Facebook timelines.  Now admittedly, we failed to realize that, without any proper alcohol or mixers, the results might not exactly be appealing, but here’s the five cocktails that [REDACTED] came up with. 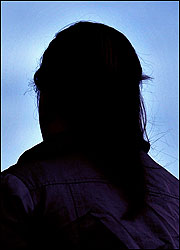 Hey all, [REDACTED] here.  When I was given this assignment, honestly, I thought I was being pranked again.  It was too good to be true.  I’ve not been allowed near alcohol ever since the unfortunate Buzzfeed incident, so honestly this was a dream come true.  Unfortunately, they forgot to unlock the closet or give me proper access to anything that resembles a fully stocked bar, so I guess I’ll have to give up some of my secret-drinking trade secrets so I can get drunk on the limited supplies I have at my disposal.   And by “limited supplies” I mean limited supplies.

Currently, I am in possession of—

1: Lime (before the prices got jacked up, so let’s say roughly a month and a half old.  Slightly moldy)

1: Tin cup worth of moonshine (untested, might cause blindness)

Not much to work with, but definitely more than enough to kill off enough brain cells to trick myself into thinking that I’m enjoying the oppressive summer heat (the air  conditioner for this room has been broken for a while) (oh, I should add the empty water bottle full of Freon I collected, which is why the air conditioner broke.  Let me add that here.) 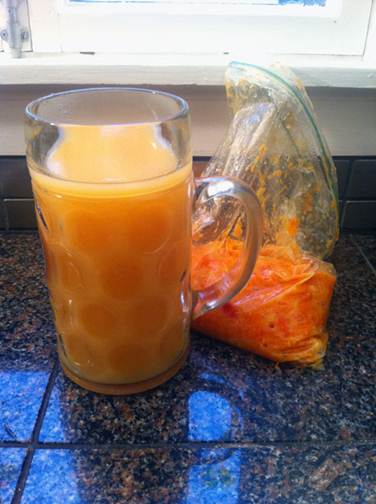 Juice from ¼ of moldy lime

A splash of Freon for taste

Yes, I have prison wine, and no I don’t see anything wrong with that.  In case you don’t know how to make the stuff, it basically requires oranges, canned fruit cocktail, sugar cubes, ketchup, bread, and a bag to mash it all together in, all of which is stored in the toilet bowl with warm water.  It’s easy, yields alcohol in about a week and hey, I’ve not written an article since November.  What else was I going to do with my time?  Contemplate the decisions in my life that led to my identity being scrubbed as I spend my time watching QVC on a box TV in a utility closet while my family believes I died in a tragic-but-awesome high-fiving-a-shark accident?  Fuck no, I’m going to MacGyver myself some inebriation.

The thing with pruno is that it’s got very strong, but bitter, citrus notes.  Also, puke and battery acid.  It actually tastes mostly like puke and battery acid.  It’s a little heavy for a nice, hot summer day, so we’re going to make our own prison-themed spin of the Michelada, using pruno instead of hot sauce.  Taking one of the Coronas that you grabbed from the trash after someone sent a six pack to the office as a gift and everyone rolled their eyes and said, “If we wanted to drink cheap beer we’d stick American, Schlitz-you-very-much” pour the contents into one of your Solo cups, mixing with about four ounces of your prison wine.  Add the juice from ¼ of your moldy lime because, yeesh, that lime is definitely starting to go bad, you’re left with a drink that tastes like someone poured gutter water into you beer along with, um, poison?  Kind of tastes like poison.

Add a splash of Freon so that when you force this concoction down, you might hallucinate and feel like you’re on a beach, just like those Corona commercials, if those Corona commercials took place on Atlantic City beaches.  Garnish with a fresh syringe for that true “summer in AC” vibe.  If no fresh needles are available, garnish with a used one or, you know what, actually, there’s really no need to garnish this, just drink it fast enough that you don’t gag so the feelings can go away.

½ a bottle of Charles Shaw

Shit, how did a battery get in there?  Fuck it, keep it in, that’s your daily source of iron right?

A splash of moonshine

Okay, full disclosure, I’ve already drank my Prunolada, and I’m starting to feel it.  I think part of it might be that I’m drinking on an empty stomach, but most of it has to do with me ingesting Freon which, I think, might have been a bad idea, because my stomach is sort of making this whirring noise.  But onwards and drunkwards, as I always say whenever I have alcohol that I can get people to smuggle me in with meals (I think some of the staffers feel sorry for me, which is why one of them gave me the bottle of Two Buck Chuck for Christmas.  It says “Merlot” but all I know is it’s red, which means it goes well with me getting drunk).

This drink is pretty simple, and actually doesn’t make you retch as much as the Pronolada which, I must admit, was a big swing and a miss on my part.  This drink however shouldn’t be too bad, plus it’s tropical, meaning it has rum in it and it’ll get you drunk, fast.  So, take, say, half a bottle, of your wine, and pour it carefully (carefully, it might only cost two dollars at a Trader Joe’s, but it’s practically priceless trapped in a utility closet) into your empty milk gallon container.  If you’re hands are shaking from the Freon which, let’s be honest, they totally are, feel free to try to bite off the top lid of the milk gallon, creating an uneven but much larger opening while possibly leaving a gash on the inside of your cheek in the process.

Now, just pour in two mini bottles of Captain Morgan rum for that tropical island flavor and, oh, let’s say a splash of moonshine to pretend it’s a classy cocktail.  Oh, and by this point, somehow, a AA battery most likely has started floating and bobbing in your drink.  Hey, I don’t know how it got there either, but if we’re going to spend this whole time hemming and hawing about “contamination” and “Jesus Christ, I think that battery is actively dissolving, we should take that out” then why bother?  Leave it in there for, can’t hurt right?

Drink directly from the jug.  It will absolutely stream down the sides of your mouth, making your shirt red, but you won’t care.  You’re going to start feeling pretty drunk at this point.

A shandy is typically made when you mix a beer with a soft drink—typically, this second ingredient tends to be lemonade, which makes a refreshing, crisp beer drink that’s perfect for barbeques or sitting on the beach.  I guess I have the ingredients to make one just by using the lemon juice and the Corona, but honestly at this point I’ve already opened the wine, and since I’ve opened the Ziploc bag my pruno is really starting to smell up the room so I kind of need to find an excuse to get rid of it, so fuck it, let’s put all that together.  Take half a lemon, a good glug of wine, and a healthy heaping of pruno and equally distribute them between your two Solo cups (we’ll be double fisting this round).  If you want to pour any of the remaining drink into your cracked plastic martini glass, well aren’t you just a fancy son of a bitch.  Go for it.  Now, pour the last two Coronas you have into the two cups, or one cup and one martini glass if you’re trying to be some sort of fucking Rockefeller.  If you have duct tape, tape the two drinks to your hands for the saddest, most depressing game of Edward 40-hands ever.

Add a splash of moonshine for flavor.  Hopefully the alcohol from the Red Rum, Red Rum has sunk in, because this is the part of the evening where you’re better off not having the mental wherewithal to sit back and look at what your life has become at this very moment.

Remainder of Freon (for huffing)

Juice from ¾ of a lime

For some reason, at this point, you’re at a unique state of inebriation which, honestly, man was not meant to experience.  So you’re going to huff the rest of the Freon through a tube sock, because this seems like a good idea right now.  I’m not saying it’s not a good idea, though it probably isn’t, but either way we’re going to do that.  Anyway, you’ve now decided you want to mix the remainder of your non-caustic liquids into the empty milk gallon you just used for the Red Rum, Red Rum.  It will probably start to bubble and hiss a little bit and tell you dark secrets from your past, but that’s probably the Freon talking.  You’ll soon realize that Jiminy, the cricket that appeared in your utility closet a few months ago has stopped chirping, and looking down you will see that he has decided to escape his prison by dying in the manner reserved for only true heroes—alcohol drowning.

You’re very distraught.  I know I am. 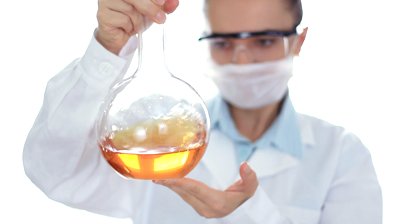 Okay, so I thought that if you mixed any random household cleaners together it might make a bomb or acid or something that you could use to eat through the utility door closet and escape.  That was a fallacy.  Please do me a favor and suppress any urge you might have to drink the bubbling, kinda smelly mixture you’ve just encountered.  Drinking Freon is one thing, but I’m fairly positive this is something that can actively kill you.  So don’t do that.

Anyway, there we go, five delicious and refreshing summer cocktails for you and the whole family to enjoy!  Please someone help.