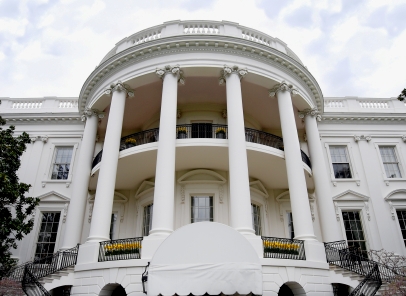 While we in the America Fun Fact of the Day offices prefer to talk about historical American buildings that look like genitalia, there are certain buildings that define America, even if they don’t like anything funny.  Well, granted, the Capital building sort of looks like a boob if you squint at it… 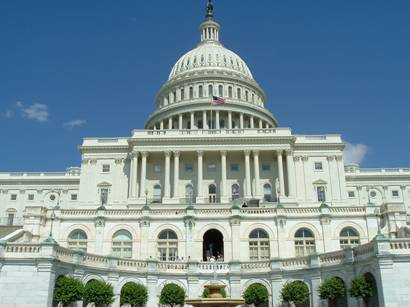 …but one of the most iconic buildings in America is, and always will be, The White House, the home of America’s president, and likely the origin of the term, “Papa gets swag.”

The White House design was the result of an architecture competition in 1792.  While Irish architect James Hoban’s design was chosen by George “Whatever He Do What He Want” Washington, one of the 8 other designs was anonymously contributed by Thomas “Sex Machine” Jefferson.  The original design was tweaked when George Washington, who never even got to live in the White House, said, “Make that fucker bigger” and bigger that fucker was made.  It has only expanded since that point, and now the White House contains over 55,000 square feet of floor space.  There are 132 rooms inside the White House, which means that during his brief time in the White House, John F. Kennedy was able to sleep with a different woman in each room.  This may or may not be part of the reason why the White House additionally has 35 bathrooms.  Anyone who uses a White House bathroom tends to find that their stomach lining is magically immune to spicy foods. 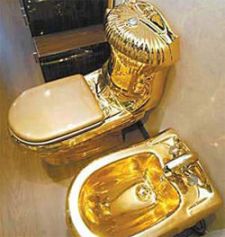 The White House is in many ways a symbol for American glory.  The modern White House shows that Americans don’t believe in the phrase, “Too much of a good thing,” as it has twenty eight fireplaces (because sometimes that 27th fire just isn’t quite enough), a tennis court, a bowling alley, a movie theater, a putting green, a swimming pool, a jogging track, and five full-time chefs to add a nice dose of irony to the existence of that jogging track.  Living in The White House would be like living in Richie Rich’s house, only without the McDonald’s (probably a licensing fee dispute or something) .

The White House is six stories tall, if you include the two basements that they have.  And as we’ve learned from the documentary film, First Kid, one of those basement levels has a underground  tunnel to get out of The White House that’s been used by the children of Presidents throughout American history.

See?  What did we tell you.

However, The White House also serves as a timeless testament to our never-give-up attitude.  The White House famously was burned by the Brits, forever proving that British people are kiiiinda shitty houseguests (much like Sinbad, actually).  But after watching the White House get set aflame by the British (don’t worry, we got them back with the Battle of New Orleans), instead of tossing up our hands and going, “fuck this, I’m out” we buckled down and…well, took our sweet time renovating it.  Because we want to have our President’s house be badass, but…we’re pretty lazy, and getting soot cleaned out of brick is a pain in the ass.

But all that we need to remember is that we live in a country where our leader gets to live in a giant, badass house.  Really, the only bad thing we have to say about the White House is that it’s haunted, but it’s haunted by Lincoln’s ghost so that’s pretty cool.

29 responses to “The White House”