Vegan Restaurants: Why Do They Hate America? An Undercover Exposé

“No, anything but this assignment.  ANYTHING BUT THIS ASSIGNMENT!” 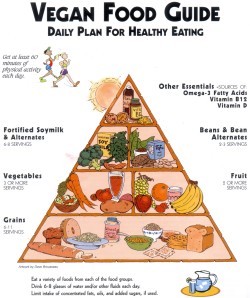 As journalists, we take our duty to the public very seriously.  This nation has over 300 million residents, and not all of them understand the American nature of chugging a beer after dropping a hot dog into it (we call it dog bombing, and it requires a relaxed esophagus and a particular blindness to shame.)  So sometimes, we have to rub elbows with those that operate outside our rules.  Those that shun hot dogs, hamburgers, steak even.  To really get inside the heads of those that spurn these things that are so inherently American, we needed to do a little investigative journalism.  Much like Nellie Bly risked torture to uncover the evils of the mental health system in the 1800’s, Gunter Wallraff spent two years to uncover the human rights violation against immigrants in Germany, and Larry David smuggled himself onto the set of Hannah Montana to discover Billy Ray Cyrus’ evil sex dungeon, our investigators were required to go above and beyond the call of duty. 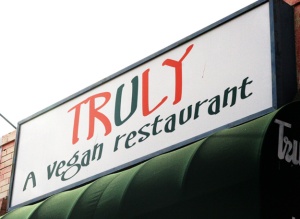 Truly…the thing of our nightmares

And now, for the shocking truth behind a restaurant that dares not to serve meat…eggs…or cheese, here is the report from our Undercover reporter, whose name has been redacted so that his family would not leave him upon discovering he had consumed food that never took advantage of an animal at any point in it’s preparation.  Here is his shocking tale.