An Incomplete List of Every Strange, Surprising, or Altogether Weird Names on the Hollywood Walk of Fame (Part 4- Names That Are Also Penis Jokes, Because We Are Grown Adults)

“Haha, we have the emotional maturity of children.”

You knew it was just a matter of time until this would happen. After devoting nearly 4,000 words to celebrities with stars on the Hollywood Walk of Fame who are either kind of famous (but shouldn’t have stars), super obscure (and randomly have stars), and have silly names (and stars) we’ve landed on the most important part of this whole endeavor.

Okay, okay, we’re kidding, you got us, no we’re not going to just write an entire article of “people with stars on the Walk of Fame who have a pun for male genitalia somewhere in their name.” No, that would be childish, ridiculous and, frankly, unprofessional.

There’s also a name with the word “butt” in there.

Listen, we’re not happy about it either, but this is happening, so strap on in.

An Incomplete List of Every Strange, Surprising, or Altogether Weird Names on the Hollywood Walk of Fame (Part 4- Names That Are Also Penis Jokes, Because We Are Grown Adults)

Yes, Dick Wolf is an extremely successful producer and arguably more deserving of a star than anyone listed in this entire series. But, guys. His name is Dick Wolf. Like, he could have gone with Richard Wolf, but no, he decided to create a dozen shows like Law and Order that’ll run in syndication forever, all ending with “…Created by Dick Wolf.”

Dick Wolf has always impressed us, but also the producer with that name has too. Here’s a guy who has the most mockable name, one which he could have gotten rid of by going with any of the other nicknames for Richard, but no, he said, “If I can make it big with the anchor of a name like Dick Wolf around my neck, I can accomplish anything.”

Dick Wolf, we solute you, sir. 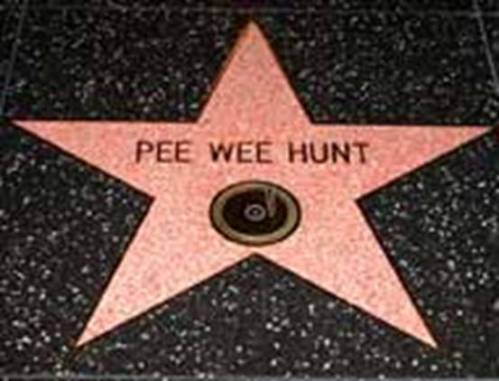 God, Pee Wee is such a cruel nickname to give someone. Especially when you have a last name that makes it even more of a joke. Walter Gerhardt Hunt is a fine name for a jazz trombonist. Pee Wee Hunt sounds like the title of an extremely poorly written anti-feminism short story by someone in Red Pill. “They went to hunt…the Pee Wees.  Not that my Pee Wee is…wee. It’s…it’s, uh, the opposite of Wee. Shut up PC POLICE.”

But seriously, Pee Wee Hunt is a very silly name. If you’re going to be saddled with a Pee Wee, you may as well be… 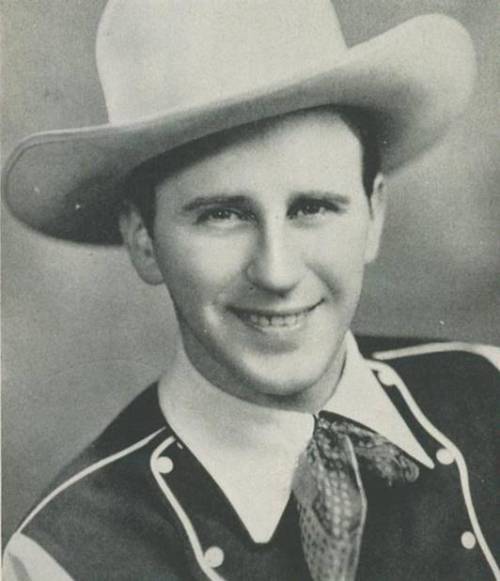 Yeahhh, look at that. That smile, that bravado and confidence. That is someone who is like, yup. I’m the Pee Wee King. Anyway, Pee Wee King was a country music artist who co-wrote the Tennessee Waltz, which randomly was the best selling song in Japan (ever) as of the year 1974, and is the fourth official state song of Tennessee (Jesus Tennessee, y’all need four official state songs?)

But this isn’t about his “career” or his “achievements” this is about the fact that if you go to the right spot on Hollywood Boulevard you can see “Pee Wee King” proudly displayed on the sidewalk. America is beautiful sometimes. 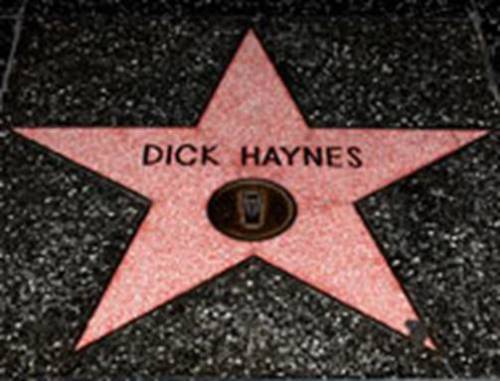 Dick Haynes could honestly have been put on the “confusing because they’re not famous” list, because this guy was not famous. His biggest roles were guest spots on three tv shows in the 1960s. Like, “once appeared in an episode of the seventh season of The Andy Griffith Show” is definitely a personal achievement to be proud of, but it’s not exactly Hollywood star material. He got the star because he was on the radio in Los Angeles for a while, which apparently is all you fucking need to get a star.

But, listen, we’re burying the lede here. His name is Dick Haynes. Listen, this is no Dick Wolf, we know, but a Dick is a Dick, and we’ve got to acknowledge it. Anyway, moving on. 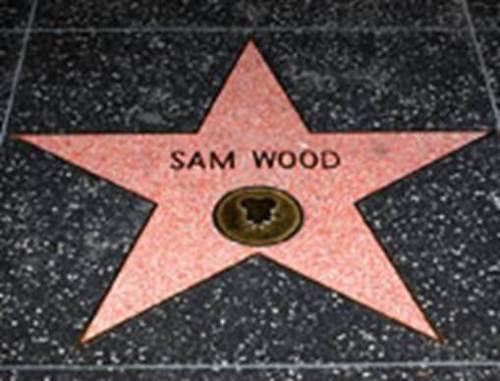 Sam Wood was a director and producer, who was responsible for A Night at the Opera, Mr. Chips, and The Pride of the Yankees. He also had a last name that, giggle, could be about boners. This website has published 650 articles on hundreds of topics, and you took time out of your day to read this entry. We are so very sorry. 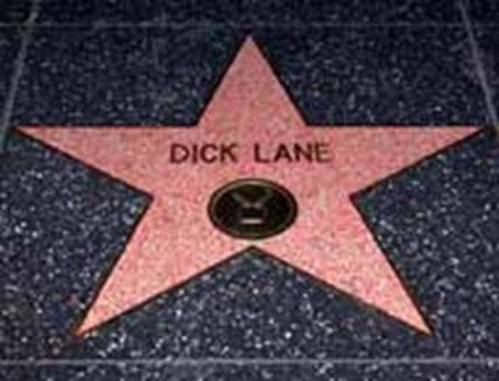 You guys, Dick Lane is a hilarious name, but it’s an even more hilarious name to be put on pavement along a famous boulevard. Like, he also was a local broadcaster in LA who was best known for announcing wrestling and roller derby shows on KTLA-TV. This is not even close to the first person who got a star because they did local TV or radio in LA, so apparently your best bet for a star is to become locally famous in Southern California. But we’re not here to talk about the man who inexplicably decided that “Richard Dick” didn’t have enough pizzazz for television. We’re here to talk about how Dick Lane is a freaking hilarious name. And it is. Next time you’re in LA (or if you live there, next time you go downtown, which probably will probably happen the next time you have a friend visit LA for the first time), try out this phrase with the locals. “Hey, can someone show me how to get to Dick Lane on Hollywood Boulevard?” You might be surprised on what you find.

(Unless you expected to see a male prostitute’s genitals. Which, come to think of it, if you’re asking that question to a stranger, you assuredly assumed that was going to be the end result.)

We know we’re gross for making this joke. But still. *Snort* Her name would only be better if her middle name was “Lee.” Anyway, Constance Cummings (hehe) was an American actress who made 20 films from 1931 to 1934, and eventually won a Tony Award in 1979 when she was in her late 60s. The Tony Award has nothing to do with her star, which was dedicated in 1960 randomly, but yeah, there’s a Constance Cummings star out there somewhere. *snort.*

And now to our non-dick joke ridiculous celebrity name. 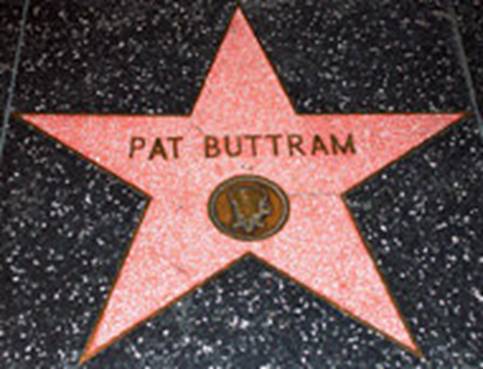 Baby Boomers probably remember Pat Buttram for being Gene Autry’s sidekick, or through his work as Mr. Haney on Green Acres. Younger generations know him as, “Haha, what? His name is PAT? BUTT RAM!!? HAAAAHAHA.” Both are accurate descriptions of the character actor.

But, like…you get it right? Butt Ram? I know we’ve been guilty of being a bit coy and understated this entire article, so we just want to make sure this one didn’t soar over anyone’s heads. It’s like. A pat. And then…a butt ram?

Everyone on the same page?

Anyway, that does it for our Hollywood series on strange and silly stars on the Walk of Fame. Stay tuned for our next article series which will be *checks docket* oh man, just a list of Celebrities named Dick? And it’s a 10-article series? Are we even trying anymore!?

One response to “An Incomplete List of Every Strange, Surprising, or Altogether Weird Names on the Hollywood Walk of Fame (Part 4- Names That Are Also Penis Jokes, Because We Are Grown Adults)”