AFFotD News Item of the Month: Jack in the Box has lost their GODDAMN MIND

“What in the living hell?  What is going ON here?  This is terrifying.  I want it all.” 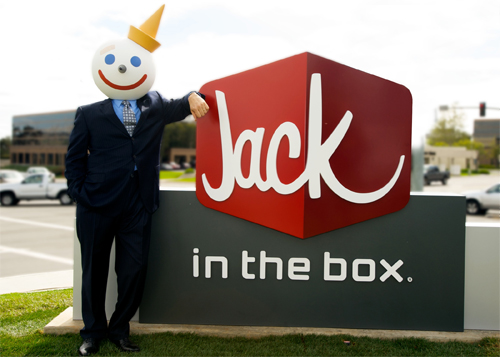 The American fast food industry has a rich history of creating unhealthy Frankenstein meals, possibly as part of a sadistic plan to fatten up the populace enough that Soylent Green becomes a financially viable food product.  Ever since Taco Bell created “Fourth Meal” and White Castle whipped out their “What you Crave” slogan as a not-so-subtle way of telling you “these sliders taste like sex when you’re drunk or high,” fast food chains have gone in two directions with their meals.  They either cater their menu to daytime customers, the kinds of people who might want to nibble on a nice Egg White McMuffin on the way to work, or just have a Whopper with fries for lunch, or they realize, “huh, for some reason our locations around colleges are empty during the day, and then have lines out the door at three in the morning” and start offering food that sounds like it would be fucking delicious when you’re hammered.

Here’s a quick sobriety test for you.  Did you know that Burger King sells tacos?  If you said, “Oh God, that sounds disgusting” you’re probably only a few beers into your day.  If you read that and thought, “Man, I would love to try that right now” you must be pretty hammered.

Apparently Jack in the Box has decided to fully embrace this concept in a way that borders on insanity, which is why our nation is about to be presented with the Jack’s Munchie Meal.  And because it will take about six shots of whiskey and a familial history of mental illness to truly demonstrate everything going on with these $6 “man how drunk was I last night?” meals, we’re bringing back our News Item of the Month feature to really delve into the true eyes of corporate fast food madness.

AFFotD News Item of the Month:  Jack in the Box has lost their GODDAMN MINDS 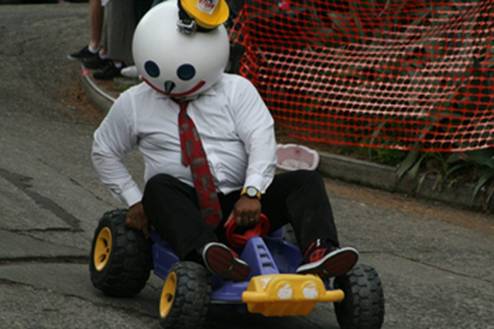 Okay, so deep breaths everyone.  Let’s dive into this.  Jack in the Box has decided to revolutionize the concept of stoner/drunk meals by offering the Munchie Meal from 9PM to 5AM.  For six dollars, you get two tacos (yes, Jack in the Box sells tacos), Halfsie fries (half curly fries, half French fries), a 20 ounce drink, and one of the following menu items.  Yes, the menu items are new, yes, they are insane, and yes, you want them right now. 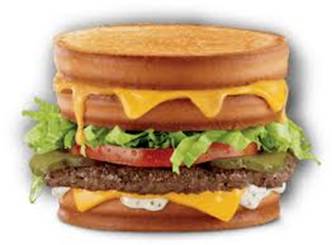 When you see a hamburger, do you ever think, “This is delicious, but really I wish that the top bun was a grilled cheese sandwich”?  If so, your cardiologist just called and wanted to thank you for helping pay for his kids to get into college, but also, Jack in the Box has got the fucking sandwich for you.  Taking a standard Jack in the Box cheeseburger, they top this fucker with a sourdough grilled cheese sandwich, because the voices in their heads demand cheese more cheese damn you.  We would order the shit out of this in roughly three seconds to be honest, because look at it.  It is a brilliant, delicious idea, but it’s also the kind of idea that you only come up with if you’re eight years old or really wasted, sort of like mixing every soda together to make a suicide. 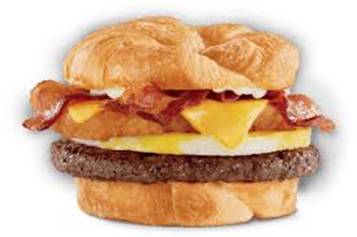 When certain McDonald’s locations decided to start selling their breakfast menu items after midnight, that was pretty much them raising a white flag and saying, “You win, drunk people, enjoy that McGriddle that you won’t remember having ordered next morning.”  Jack in the Box, however, felt that such a concession was for pansies.  If you’re going to offer wasted people breakfast food in the middle of the night, you might as well make a sandwich that sounds like it was created by a person with a very specific kind of Tourette’s that only makes him shout out random breakfast foods.  “So, I was thinking, CROISSANT, that maybe, for your menu, BACON, you could try to, EGGS, maybe make a cheeseburger, HASH BROWN, with some breakfast stuff on top of it?” 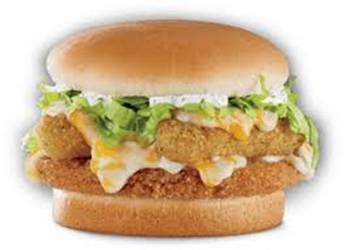 Okay, we need this right now.  The exploding cheesy chicken sandwich takes a chicken sandwich, widely known as “the most boring menu item on a fast food menu unless it’s spicy in which case it’s delicious” and douses it with a gooey cheese sauce…AND THEN JAMS A FUCKTON OF MOZZARELLA STICKS IN THERE.  That’s so beautiful we don’t even want to make a joke about it.  We’re just so happy right now. 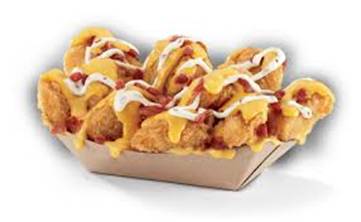 These are just your standard chicken nuggets, only they’re covered in two kinds of cheese, ranch dressing, and bacon.  This is sort of the Coldstone Creamery logic of fast food—people like chicken nuggets right?  Then let’s just smash a whole lot of other shit on there that people like, fuck it!  However, the crazy train doesn’t end there, because when you get each of these items (again, with a half-and-half fries and curly fries combination as well as two tacos) you get the Spin the Taco and the Napkingami, which show that Jack in the Box has crossed over from “having drunk and stoned people design their menu” and gone straight into “getting their ideas from a Ouija board operated by their schizophrenic cousin who used to write for collegehumor.”  Just take a look at the inside of the box you get with your tacos. 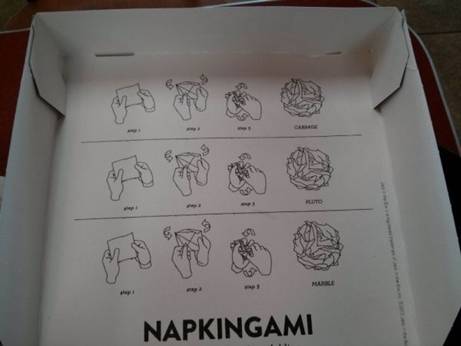 We have two initial responses to this.  First of all, yes, that’s fucking hilarious.  And secondly, this is a multi-billion dollar corporation that agreed to print this on millions of pieces of cardboard.  Is there something about fast food tacos that’s supposed to breed Adult Swim like humor?  We totally support this, don’t get us wrong, but you do realize that this idea had to go across the desk of a millionaire in a suit at one point, and he had to go, yeah let’s send this out to America?  We’re not sure if that makes us proud of the state of our nation’s millionaires, or worried that our millionaires have found a way to pander to young drunk Americans.  It gets even more comically inane, because the other part of the taco box contains… 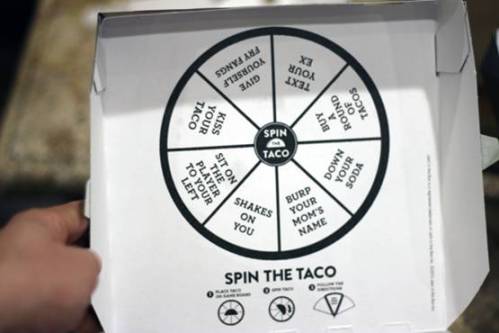 Spin the motherfucking taco.  How does this ever become a thing?  The concept itself is funny, but if you look at the options on this thing, we’re starting to suspect that Jack in the Box randomly suffered an aneurism and spontaneously decided to ruin their customer’s lives.  Burping your name or kissing your taco seems like an innocent enough thing to do, but “text your ex”?  How drunk do you know we are, Jack in a Box?  You remember that scene in Sideways where Paul Giamatti got wasted on wine and then called his ex and it was really sad and disastrous?  What’s that?  You haven’t seen Sideways in 10 years so you don’t really remember that scene?  Well, okay, there’s a sceen in Sideways where Paul Giamatii gets really wasted on wine and calls his ex, and it’s really sad and disastrous.  That’s going to happen so many times from inside a Jack in the Box now.  Great job, Jack in the Box.  Next thing you know they’re just going to hand out napkins that say, “Text ‘are you free tonight?’ to that clingy girl you hooked up with a year ago and had to distance yourself from.”

Of course, at the end of the day, you really just have to sit back and appreciate that for six bucks you can give the drunk version of yourself everything it ever wanted.  Sober you can deal with the digestive implications later.  This menu was rolled out yesterday, so if you’re lucky enough to live by a Jack in the Box, looks like you plans for when the bars are closed and you don’t want to quite go home this weekend.  Get one of those mozzarella stick chicken sandwiches for us, if you’d be so kind.