The American States Of America: The Most American Qualities Of Every State (Part 3 of 10)

“Thank God they’re finally getting to New York on this list.  New York doesn’t get enough written about it.  New York is the most important city in the most important state in the most important country in the world, and they’d better give it it’s due.  Honestly, just knowing that AFFotD is going to write about the most American aspect of New York gives me chills, because I can’t fathom how they could limit it to JUST one thing!  New York is THE cultural hotbed of the nation.  If it weren’t for New York, we WOULDN’T HAVE ANY CULTURE!  I honestly don’t see why you’d live anywhere else.  Sure, some people might rag on us, say we come off as entitled and just because we pay a thousand dollars to live in a closet space in Manhattan doesn’t make us better than anyone else, but to them I’d say that if you can make it here, you can make it ANYWHERE.  And if you don’t like the New York attitude, you clearly just don’t like being a winner.  New York has the best food in the nation, it has the best theater in the nation, all the best TV shows and movies are filmed here, our women are more attractive than your women, our men are more successful than your men, our babies’ shit has a less unpleasant consistency than your babies’ shit, if you’re in New York you know it’s for a reason, and it’s because you’re the cream of the crop, the best America has to offer.  And I’m not talking about those mindless drones tittering around Central Park with their cameras and their Kansas City notions, I’m talking about REAL New Yorkers.  The Lawyers in Manhattan, the Graphic Designers in Brooklyn, the…well I don’t know anyone who lives in Queens, but I do know that you, right now, wish you were us, and I don’t blame you.  Oh man, I’m so excited to see what they pick out as the most American part of New York.  You have no idea.  It better not be the Statue of Liberty, because that’s just for fucking tourists.  Maybe it’ll be that our parties NEVER stop, I mean, we ARE the city that never sleeps after all.  Man.  So excited.  New York is the greatest.  I’m the greatest.  Yeah.  I’m so great.” 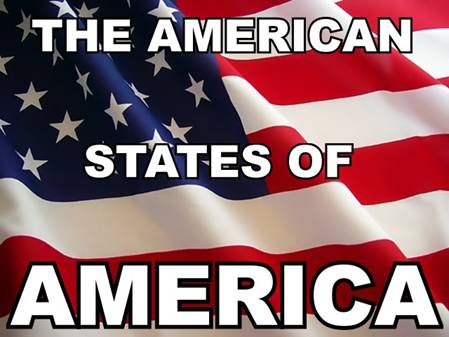 As you may have no doubt surmised, we’re diving head first into part three of our epic ten-part series, The American States of America, where we list the most American quality of each state, and you deflate a bit with disappointment when you read what we have to say about where you’re from.  As we list each state in order of when they were admitted to the union, this will mark the first of our series where we start talking about states that weren’t among the original 13 colonies.  We know, pretty wild stuff.  Anyway, you’re clearly excited for the first state in this batch, so we’ll just get to it. 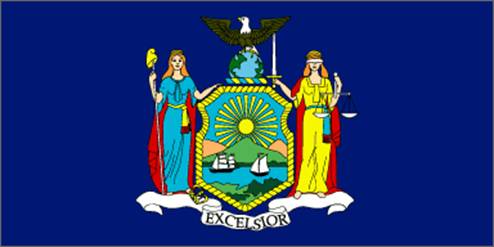 New York is okay, we guess.  Lots to do. 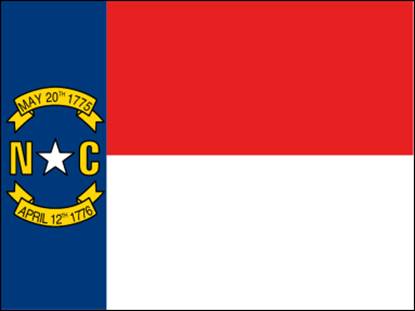 North Carolina serves as a home base for all the sports teams that South Carolina roots for, from the Charlotte Bobcats to the Carolina Panthers.  This is what we call a classic “drew the short straw” situation, but apart from that, North Carolina is rich with American tradition and history.  But, when we think of the most American aspect of North Carolina, we think of one thing.

North Carolina is fattening us up, like a farmer with hungry eyes overlooking a herd of cattle.

Not only was Pepsi-Cola founded in North Carolina, but the state also introduced us to Krispy Kreme doughnuts.  Yes, Krispy Kreme, arguably one of the most unhealthy and most American donuts imaginable.  Seriously, if you go to the Krispy Kreme website to try to look up their nutritional information they just ask you to download and open a separate file, like they’re trying to politely say “trust us, you don’t want to know.  Trust us.  You’ll be happier not knowing.”  Krispy Kreme makes the only doughnut you’d ever use to make terrifying state fair sandwiches, and we’re not saying we once killed a guy in order to jump up in line to get that first doughnut of a freshly baked batch, but he does have scars.  Scars that will haunt him. 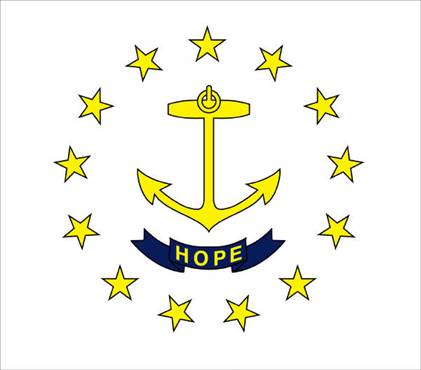 Pay no attention to the state flag that looks like a tattoo you’d see on the bicep of a 17 year old who is a little into Emo but also a lot into the Navy.  Rhode Island, our nation’s smallest state, can proudly state that it the home of the Griffin family from the first three seasons of Family Guy.  Granted, it’s also the setting for all the other seasons of the show, but we’d prefer that you just focus your attention towards the first three.

Rhode Island might be slight, but it makes up for its size (seriously, their population is so small that in their list of “prominent people from Rhode Island” they list an intramural flag football champion) with a combination of booze, delicious foods, and really fucking strange regional dishes.  While there are about a half dozen breweries that call Rhode Island home, Narragansett Brewery is the best known, having been founded in 1890 and being, at one time, the most popular beer in all of New England.  When not making delicious drunk juice, they’re busy eating the strangest combination of foods you’ll likely encounter in the continental United States.

No, seriously, the official state drink is coffee milk (like chocolate milk, only using a coffee syrup instead of chocolate.  Yes, it’s served to kids.  We hypothesize that the children of Rhode Island never sleep, they simply lay in bed and vibrate with their eyes open for 7 hours a night) and their unique dishes include hot wieners (smaller-than-average hot dogs covered in a meat sauce, onions, mustard, and celery sauce, oh and also, heh.  Hot wieners), pizza strips (cold, cheese-less strips of pizza.  So basically cold dough covered in tomato sauce), clam cake (think crab cake, only with clams), and snail salad.  Yes, snail salad.

If you combined all the regional dishes of Rhode Island into one meal, you would wake up the next day to see a hole where your stomach used to be and a blood-written note that says, “I’m sorry, we can’t keep doing this to ourselves.  Goodbye forever.”  But nobody questions the odd ways of Rhode Island.  You just accept them for all their quirks, nod your head, and try to stifle your giggle when you see someone order a hot wiener.  Ha.  As if there were any other kind. 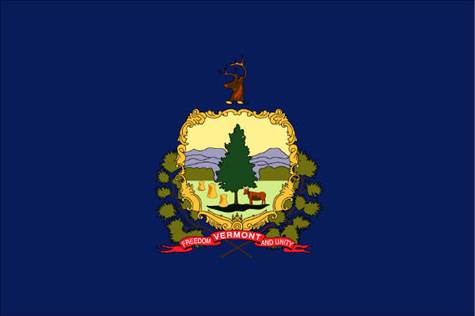 Vermont, colloquially known as, “The state that makes New Hampshire nervous,” was one of the thirteen original colonies, but was the 14th state to ratify the constitution.  So someone clearly dropped the ball there.  We were kind of pissed off, but then they went ahead and founded Magic Hat Brewery, Long Trail, and Otter Creek and eventually we just got drunk and forgot about it.  When we woke up the next morning, what did we find?

Why, Vermont had made us pancakes with all the maple syrup we could dream of.  Yes, Vermont makes more maple syrup than any other state in the nation, which both helps make our breakfast 50% sweeter, while allowing us to ramp up our caloric intake without having to important that shit from Canada.  And, God bless you Vermont for that, because we love syrup, but we hate supporting foreign economies, and Vermont helps us not have to make the difficult decision between the two. 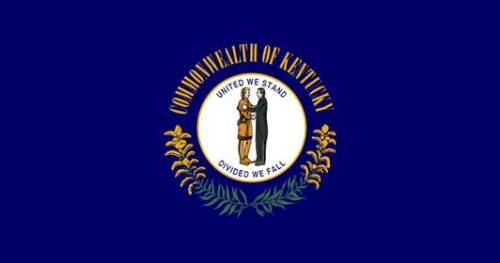 We’re going to cut straight to the chase here.  BOURBON!  BOURBON BOURBON BOURBON!  Yes there’s the Kentucky Derby, deer hunting, and college basketball, but BOURBON!  The most American of liquors calls Kentucky home, which is good enough for us.  Without Kentucky, how would we be able to get that kind of drunk that warms your whole body and makes your friends’ faces suddenly very punchable or very hug-able, depending on the kind of week you’ve been having.

We’ve already waxed poetic about Bourbon enough for a lifetime on this very site, so there’s not much we can say about it, and Kentucky, other than, “Thank you.”  Thank you, Kentucky, for getting us drunk.  Bourbon drunk.  The best kind of drunk.

Well, all this talk about Bourbon is making us sleepy (that’s a thing we say when we want to go home and get drunk by ourselves while stroking a framed picture from a happier time in our lives), so stay tuned for part four of our series, whcih, seriously, some of you are going to just get so frustrated with.

2 responses to “The American States Of America: The Most American Qualities Of Every State (Part 3 of 10)”