Wade Boggs Drinks ALL Your Beers 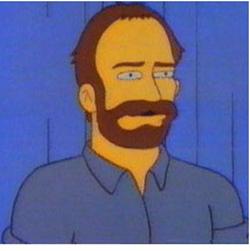 Baseball is America’s pastime in the same way that Bowling is a way of life for rural Midwestern towns.  The actual sport itself depends greatly on everyone else getting drunk.  If you ever had a professional baseball game that didn’t serve beer, Americans would start rioting faster than a bunch of British hooligans after their soccer team gets relegated.  As a result, baseball players themselves have to go out of their way to let you know how American they are.  In a league full of Neifi Perezes, the Babe Ruth-like figures are hard to come by.

Even today’s superstars leave something lacking.  Yes, Derek Jeter was sleeping with Buddy Garrity’s daughter, but wasn’t A-Rod seeing dinosaur-Madonna?  That’s a bad way to go.  Think about that.  The richest baseball player in the history of the game was, at one point, dating…  This. 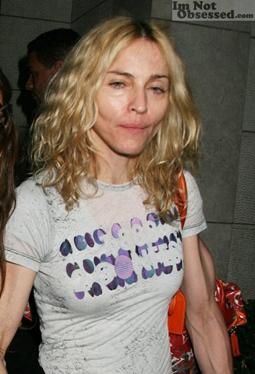 Fortunately, every once in a while, a true American is born, and instead of deciding to become a fighter pilot or mixologist, he chooses the path of baseball, and figures, if you’re going to do something well, might as well do something drunk.  That man may come along only once in a generation, and our generation’s American baseball hero happens to be Hall of Famer, and Miller Lite enthusiast, Wade Boggs. 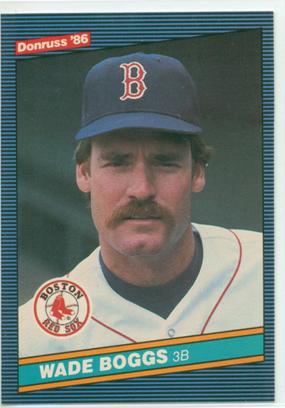 Pictured here, during the physical act of lovemaking

Wade Boggs was born in Omaha, Nebraska on June 15th, 1958, and before we get any farther we have to point out that he once drank 64 Miller Lites on a plane trip.  Sorry, we couldn’t contain ourselves on that one.  Sixty-four beers.  On one flight.  We’ll get back to that later, but to put things in proper perspective, here’s what 33 empty cans of Miller Lite looks like.

So multiply that by two and the number is…well, we don’t deal with Math, but it’s probably about that many.

Wade Boggs had an 18 year career, where he managed a career batting average of .328, acquiring 3,010 hits and 1,014 RBIs, while probably getting a whole bunch of fancy statistics that sabermetricians use like “ZVWORTNESS” or some shit like that.  Boggs was in the league for 18 years, playing for the Boston Red Sox, New York Yankees, and Tampa Bay Rays.  He had a fondness for the AL East, but also was American enough to say, “Fuck Canada” when asked if he would consider joining the Toronto Blue Jays.  He managed to build a Hall of Fame career centered around two things.

Boggs would mentally imagine four complete at bats every night before a game, would wake up at the same time every day, take exactly 100 ground balls in batting practice, take batting practice at 5:17, would spring at 7:17, and he’d eat a whole chicken.  He did this every game.  He also would draw the Hebrew word for “life” in the batter’s box, despite the fact that he is not even close to Jewish.  While that may seem strange to you, you’re not 18 beers deep into the day yet, are you?  We didn’t think so.

In honor of Wade Boggs’ epic drinking prowess, we’ll leave you with a description of Boggs’ drinking from one of his former teammates.

“I’ve never seen anyone drink as much beer as he did in my life…I’d say on a typical road trip, East Coast to West Coast…Wade would drink anywhere from 50 to 60 beers…I wouldn’t believe it myself unless I saw him do it…numerous times.  And he drank nothing but Miller Lite.”

When asked about the story that he drank 64 beers during one flight, he coyly denied it, but when pressed for an amount of beers he drank, he just offered, “I had a few Miller Lite.”

Yeah, Wade and we’ve only had a few glasses of whiskey.  Wink.

One response to “Wade Boggs Drinks ALL Your Beers”