“Well listen here, pardner, she was just a stripper, she had no family, she can just disappear…”

In the classic song, “A Boy Named Sue,” Johnny Cash tells the story about a boy who had been given the unfortunate first name of “Sue” by a deadbeat father who he had never met.  Throughout the course of this epic piece of American music, Cash describes how the boy named Sue was forced to fight his way through school, due to the ridicule he received for his name, until he grew up to be a hardened man who could take on anyone.  Little did Johnny Cash know, but he was actually describing the story of another famous American who was born with a girl’s name.

That man would be Marion Mitchell Morrison, a.k.a. John Wayne. 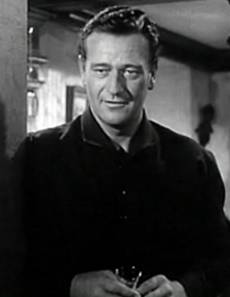