The World’s 10 Most Expensive Yachts

“I have more money than you, and a much smaller penis.”

~The owners of the world’s most expensive yachts

It takes a certain kind of person to own a boat.  Unless you’re a mountain man with a hand-fashioned canoe, boat ownership tends to require a specific combination of “disposable income”, “access to a large water mass”, and “possessing a desire to spend your time bobbing on said water mass.”  That said, among those who meet these criteria, there are still a myriad of reasons that we buy boats.  Some like to go fishing, or just appreciate the calmness of the sea.  Still others like adventure, and use their boats to compete in thousand-league-long races, or travel the globe.  Every one of these individuals feels a deep seated passion for the sea (or their nearest lake) and a sense of oneness with these bodies of water that harkens the very spirit of those who sailed across the endless ocean to find America in the first place.  It’s an admirable hobby (or obsession, depending on the level of commitment).

And then, of course, there are the douchebags that buy floating mansions to flaunt their wealth.  These people like to spend a few million dollars to buy a boat that they can anchor within view of the nearest beach while surrounded with bikini-clad women who are 30 years younger than them.  It’s not exactly the best subset of American culture, but…well, yeah, on the scale of “positive examples of American culture” it’s right between “people who cook meth in 20-ounce plastic soda bottles” and “people who go to fancy restaurants and order a bottle of ‘ka-ber-net sah-vig-none’ unironically.”

Pictured above:  could be either group, actually

Thankfully, America tends to stay out of the “trying to prove that you’re totally not impotent by making the largest, most expensive yacht in the nation” race (with one exception) but some people (cough, Saudi princes and Russian billionaires) can’t seem to be satisfied with a measly ten million dollar yacht requiring a permanent crew.  So we decided to pool together a semi-definitive list of the most expensive boats to ever grace our oceans (God, we hope they’re at least going on the ocean.  A giant multi-million dollar taking up an entire lake seems like the ultimate “fuck you” to poor people).  It’s free to look, because you’ll never be able to afford a single one of them.

The World’s Most Expensive Yachts 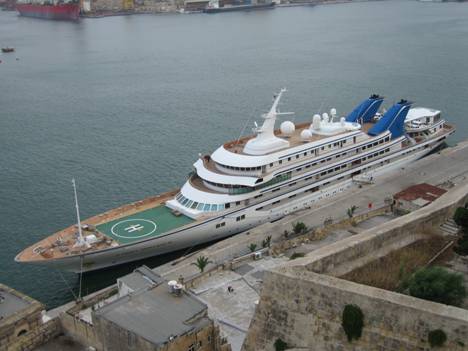 END_OF_DOCUMENT_TOKEN_TO_BE_REPLACED

Posted in Insulting Foreigners, Strange America, The Rest of Them

“No toys in my Happy Meals?  Fine.  Then I’ll grow up to be a serial puppy murderer.  These are the stakes, mom and dad, THESE ARE THE STAKES.”

Every child growing up after 1979, and every parents of a child after 1979, has an appreciation for the McDonald’s toy-food combination known as The Happy Meal.  For the children, it’s the 10 cents worth of cheap plastic that they will be incredibly excited about until they get home and promptly put it in the microwave because “That bitch Ursula is gonna get what’s coming to her.”  And Happy Meals afford parents brief moments where they can finally eat one goddamn meal in peace without the child screaming like a banshee, you shouldn’t have done that kegstand while you were pregnant with him, honey. It combines two of the best American traits- rampant, imitable consumerism, and incredible obesity.  So you can advertise your latest aimed-at-kids blockbuster film, while helping them scarf down half their daily fat intake in one meal.  It’s great!  We love Happy Meals because it plumps up our kids, which, let’s be honest, makes them less energetic and a lot easier to deal with.

Plus, Americans become 8% funnier for every 10 pounds they gain.

So today, AFFotD is going to discuss the history of the Happy Meal, as well as the terrifying real assault if faces today by the politically minded Chinese sleeper agents in our ranks.