“Has someone invented heroin yet?  Because if not, we should get a patent on that stuff.”

America likes putting time and effort into overly elaborate solutions to simple problems.  A common belief is that NASA spent over a million dollars researching a pen that could work in space, while the Russians solved the same issue by using a pencil.  Apparently, that is utter bullshit, and a pen for use in space was made independently by a company hoping to cash in on a “space-worthy pen” while American astronauts still used pencils.  The pen was only adopted because the lead in pencils occasionally would snap off and could cause mechanical problems inside the ship. 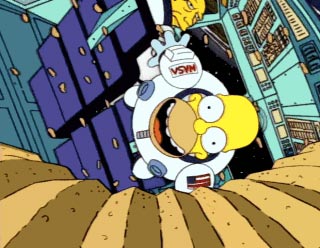 But don’t let this common myth fool you, America still likes to go about things the long, hard, incredibly complicated and expensive way.  For example, when America had a series of Fruit Flies ruining crops, how did we handle that?  Pesticide?  Hell no.  Large bug zappers?  Get that out of our face.  No, America decided to research fruit flies to learn that their females only mate once in their lifespan, so they sterilized 45 million male fruit flies, doused them with pheromones, and set them loose to fire blanks at all the female fruit flies in the area.  That’s right, of all the solutions out there, America decided to actively neuter 45 million insects, make them sex crazy, and just let them go at all the female fruit flies.  That is not only insane, that is Americanly insane.  And we absolutely love it.

That’s why, we at AFFotD are going to show you some of the greatest American inventions that are absolutely useless.  Because nothing says “American” like wasting the time and money of dozens of people to create a product that no one needs.

Unfortunately for people living in log cabins out in forest preserves, America is a social culture.  We often require someone else’s assistance to get us through our everyday hazards, like riding tandem bicycles, or receiving the Heimlich Maneuver.  And some Americans would prefer to be anti-social.  If only there were a way to do something by yourself that you otherwise would need someone else to do for you.  Something like…