~The average airplane pilot in the 1920s

On the grand scale of human endeavors, we as a species have only recently mastered the art of flight. We’ve been able to stay in the air in a contraption of our own design for only a little over 100 years at this point, and we’re still trying to work out the kinks (consider- Spirit Airlines).

But in the early days of flight, we really had no clue what the hell we were doing.  Like, at all.  Flying was something done by a very select group of crazy people with a death wish—listen, Amelia Earhart was a pioneer and an inspiration and blah blah blah, but it’s safe to say that part of her legacy comes from the fact that she partook in a profession that all but guaranteed that we’d never got to see what she looked like as an old lady.

The fact that Charles Lindbergh lived to be 72 is almost as shocking as the fact that he had a secret Nazi family.

The early days in aviation were filled with daring attempts to do something that had never been done before using planes that were made out of balsa wood, fabric, and a lot of praying. The ambition often exceeded the technology, and when we weren’t trying to milk sky cows, we were trying to fly to parts of the world that we had no right trying to fly to.

Which sets the scene for 1927, when James D. Dole, the “he actually was called this” Pineapple King, decided he would sponsor an air race from Oakland to Hawaii, a trip that had never been successfully flown before.

The Dole Air Race that followed would end up going down in history as one of America’s finest and most tragic moments of “What the fuck did you think would happen?” Just always remember- the reason you are alive today is that your great-grandparents did not try to fly airplanes in 1927.

The Dole Air Race happened, essentially, because a rich dude was stubborn. After Charles Lindbergh crossed the Atlantic, Dole had visions of sponsoring the American to (kind of) conquer the Pacific. So, he announced a race.

Anyone who dared try would fly from Oakland to Honolulu, with the fastest flight receiving $35,000 (nearly half a million dollars when adjusted for inflation) with the second place flight receiving $10,000 (about $133,600 today).  He wanted to be responsible for the next grand achievement in aviation, which is pretty much what millionaires did to the pass the time in the early 20th century.

However, before his race was set to launch, two other planes already beat him to the punch.  First, Air Corps Lieutenants Jester Maitland and Albert Hegenberger flew a military plane from Oakland to Oahu, taking just under 26 hours.

Then, shortly after, two civilians, Ernie Smith and Emory Bronte, flew the City of Oakland out from California and crash landed in a thorn tree on Molokai after running out of gas.

And like that, both the “first flight from California to Hawaii” and the “first civilian flight from California to Hawaii” were knocked off the “never been done” list, with the only casualty being that thorn tree, which frankly had it coming.  With the entire purpose for the air race essentially taken away, Dole decided to cancel his dangerous race, and use the reward money for charitable purposes.

Hahaha, just kidding, Dole put his fingers in his ears, starting saying, “Nanana, I can’t hear you, you didn’t make it to Honolulu, doesn’t count” and kept on with the race anyway. Spoiler alert- that decision would directly be responsible for people dying.

We’re pretty sure there are more photos of crashed planes from the 1920s than intact ones.

Fifteen planes initially entered, because $35,000 was a lot of money, and also because white people are fucking crazy, as evidenced by how many of them are littered on Mount Everest at any given time.

But, as a sign of things to come, before the race even started, it killed some fools. Two Navy Lieutenants, George Covell and R.S. Waggener from San Diego, had entered a monoplane named the Spirit of John Rodgers that was believed to be one of the best in the race.  All they had to do was fly from San Diego to Oakland.

If you were to make that flight today, it would take you a bit under an hour and a half to finish.  Covell and Waggener, however, made record time, finishing their flight in just fifteen minutes. Granted, that was because they flew into fog and didn’t even leave San Diego before suffering a fatal case of “oh shit we just flew into a cliff” but, still, you got to admire their promptness.

The next day, on August 11th, the Pride of Los Angeles crashed into San Francisco Bay in their attempt to fly over for the race, though thankfully the pilot and navigator were both unhurt.

The same could not be said for Arthur Rogers, pilot of the Angel of Los Angeles (if you think people were bad at flying planes in the 1920s, they were even worse at naming them), who, during a test flight witnessed by his wife and infant daughter, suddenly jumped the fuck out of his plane (to death, obviously) right as it dived 125 feet to the ground.

If you’re wondering why he jumped, he had a parachute. Granted, the parachute just didn’t work, because only insane people flew in the 1920s and all the equipment involved was made primarily out of good intentions, but at least his logic behind jumping was sound.

With three crashes, and three deaths, before the race had even begun, Dole finally came to his senses, donating money to the widows of those aviators who had perished, and cancelling the race in recognition of the tragedy.

Naturally, the field was still not set. The Miss Doran had to replace its navigator after the man who initially had the job got fucking lost over Oakland, and the rest of the crew figured it was probably not a good idea to fly to Hawaii with no navigation equipment whatsoever and rely on someone who had to pull over to a gas station to get directions to the fucking airfield.

The Air King (City of Peoria) found itself disqualified once inspectors determined that its gas tank was too small to make the trip. All in all, the original field of 15 was whittled down to 8 due to planes not passing inspection or, you know, crashing on the way. 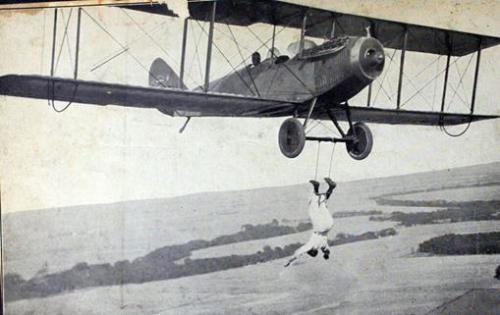 Did we mention that white people are crazy?

So with eight planes, and 15 people who spend their spare time shouting “COME AT ME BRO” to death, the race went underway on a foggy August 16th morning in front of a crowd of 100,000 spectators.

The Oklahoma was the first to launch and shocked the world by not killing anyone. It didn’t make it to Hawaii, though, as it suffered engine problems and returned to land after 45 minutes. Next up was El Encanto, which crashed during takeoff, apparently having overloaded with fuel.

The Pabco Pacific Flyer was up next and made the score Gravity-6 Humans-0 by aborting his first takeoff attempt. The Pabco’s lone crewmember, pilot L.G. Irving, wasn’t done yet—he tried a second attempt an hour later, which of course crashed as well.

Finally, the fourth plane, the Golden Eagle, managed to make it out over the sea and to Hawaii.  It, naturally, was never seen again. Following the Golden Eagle was Miss Doran, the plane that had to change its navigator midway through.

This was the only plane with three people aboard, pilot J. Pedlar, navigator V. Knope, and Mildred Doran, a 22-year-old fifth grade teacher from Caro, Michigan who was flying along as a passenger and, essentially, publicity stunt. It too vanished over the Pacific, never to be seen again.

It would not be the last time launching a schoolteacher into the air would end tragically.

The next two planes, the Aloha and the Woolaroc were the only two to reach their final destination. The Woolaroc arrived in just over 26 hours, earning first prize and $25,000, while the Aloha got second prize for their 28 hour flight.

Of the winnings, the pilot, Martin Jensen keeping all the money for himself, save for the $25 he gave his navigator, Paul Schluter.

That’s right, out of ten grand, after finishing a flight that literally had killed eight other people at this point, he ended up with the modern day equivalent of $334 for his troubles. Allow us to be the first people in the history of the internet to say, explicitly, “Martin Jensen was a fucking douchebag.”

One more plane attempted to launch, the Dallas Spirit, which had to return to land due to fuselage damage. Once the race had been completed, and people started to realize “shit, we’ve not heard much from the Golden Eagle or the Miss Doran in a while” a frantic, but futile, search effort was made.

Three submarines were used, all of which surprisingly managed to not sink, as we would have expected considering how everything else this race touched turned to death. Speaking of death, three days after their aborted launch, the Dallas Spirit, now repaired, launched over the Pacific in hopes of finding either of the lost planes. We’re pretty sure you can guess what happened next.

That’s right, the Dallas Spirit also vanished, and was never seen again. For fuck’s sake, you guys. At the end of the day, of the 15 planes that initially registered, two made it to Hawaii, six planes were completely destroyed, and ten people lost their lives. The Dole Air Race was less of an air race and more of a relatively bad weekend in Chicago. 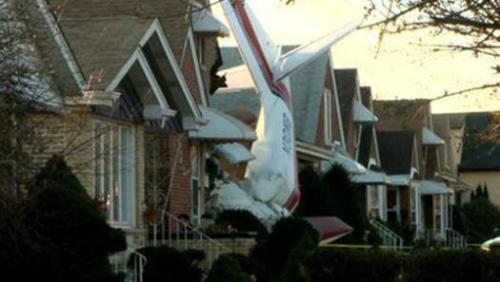 Here’s a modern reenactment of the Dole Air Race.

For a final “fuck you for doing this”, James Dole’s father would pass away a few months later, possibly as punishment from a fed up God, who probably was pretty frustrated that the race still happened despite him doing everything in his power to say “THIS IS A BAD IDEA, GUYS.”

And it was. A horrible idea. But it at least shows the triumph of American spirit, or at least its stubbornness. Again, do not fly planes in the 1920s.