AFFotD Tries to be Tropical: The Ebola Virus 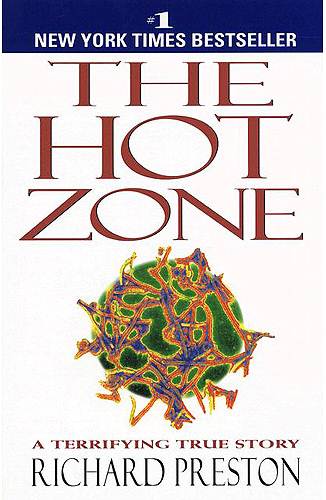 Our writing staff had a bit too much to drink last night, and the night before, and God, like, the week before that and, well let’s just say they’re not in a state to write at the moment.  Most of us have a kind of existential hangover, you know the kind where it’s less “Oh man, I’m so hungover, I drank too much last night” and more, “Oh God, what am I doing to myself, oh why did I do this, what is life, what is my purpose”?  No?  Just us?

Anyway, since our Editor-in-Chief has the terrifying ability to bounce back from a night of drinking that rivals even the most accomplished college drinkers, he decided to take the reins and write you a little think piece in our new, borderline-pandering-for-cheap-page views segment, AFFotD Tries To Be Topical.  Enjoy.

And God, dim the monitor just a bit, that’s killing our eyes.  And get us a cup of coffee, will ya?  Ugh.  Never drinking that much again, we can tell you that much.

You’re right, that’s a bold-faced lie.  Anyway, to lighten the mood, here’s an article about how Ebola will not kill you, and you all need to calm the hell down.

AFFotD Tries to be Tropical:  The Ebola Virus 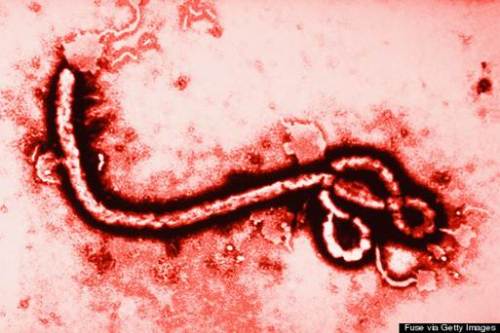 That’s you.  That’s how you fucking sound.  You sound stupid.

Hi.  Johnny Roosevelt here.  I’m here to talk to you, from one hungover American to another American who plans on getting drunk soon, about the topics that America seems to give a shit about.  It’s easier than doing research, and it gives the rest of the writing staff a nice break, and it allows me to swear at you for freaking out over stupid things.  Stupid things like Ebola.

Listen, I read The Hot Zone by Richard Preston like 15 years ago, which basically makes me more qualified to talk to you about the dangers of Ebola than literally half of the people you see on the news, and the fact that I’m being actually kind of serious about that is so fucking depressing.  Which is why I get why you’d be terrified of it (it’s basically the closest thing to “The Ark of the Covenant Making Everyone’s Faces Melt Off” that nature has ever come up with) and why you’d not want to catch it (because bleeding out of your everywhere is not a particularly great way to go) but it’s also why I think you would have to be an absolute idiot if you, in America, said you were actually worried about catching it.

So far as “things that originated in the African jungle” go, this is statistically far more likely to kill you in a first world country (probably)

Before this whole Texas thing (which, guys, calm down, isn’t going to turn into a whole thing, but hey, if you want to avoid Dallas for a bit, go for it) the only people in America who were being treated for Ebola were the Americans who were in Liberia valiantly trying to stem the disease in Western Africa, where it is something you’re allowed to be terrified of, so long as you’re not one of those idiots who tries to break people out of quarantine like an asshole in which case, fuck you, I can get why you’d be scared and wary, but your gut response to a bad situation should not be to go ahead and do the worst possible thing.  In the parts of Africa where Ebola is spreading, the sanitation is lacking, the medical care system is lacking enough that the best chance we have at saving lives over there is for Doctors from more developed nations to come over and help however they can.  So you have a relatively impoverished population getting sick, and American doctors coming over to try to help, which is an admirable thing to do.

I figure at this PINT, I should lighten things up with a dog picture, and a pun.  You’re welcome.

Listen, do you remember that movie Contagion?  To many it was a delightful, warmhearted comedy where Gwyneth Paltrow dies to start things off, but for many it apparently was a thriller, and it definitely was both a hypochondriac’s nightmare (EVERYTHING WILL KILL US!) and dream (I WAS RIGHT I WAS RIGHT ALL ALONG!) but it also taps into a deep seated fear people have about disease.  Disease consists of tiny, un-seeable bacteria and viruses that invade our body and make us feel bad, or feel dead.  Instinctively, it’s unsettling to think that something you have to view under a microscope—or, in the case of a virus, something even smaller than that, something that isn’t even technically living—can cause us great harm, by something as simple as a stranger coughing on the bus.  I get that.  Disease is scary for everyone, except for me, because I clearly believe that I’m going to live forever, at least if my drinking is any indication.

But of all the many (many many many are you feeling anxious yet? Many many many) diseases out there, Ebola’s far less likely to kill you than other common ailments, such as a bacterial infection, or mid-coital shark attacks.  Remember Swine Flu?  Y’all lost your shit over Swine Flu, but our hospitals were able to handle it, and that’s way easier to spread than The Big E, which is what I’m going to call Ebola from hereon out.

The point being, you have enough things to be terrified about—whiskey prices going up, the slow inevitable crawl towards death, the baby sun from The Teletubbies.  But The Big E shouldn’t be one of them.  So before I sign off, I’ll just answer a few of your questions about The Big E (ugh, that’s obnoxious, I’ll go back to calling it Ebola), not as an expert in the field, but as an American with common sense in his head and about three fingers of whiskey in his liver.

I heard that marathons are making sure they’re capable of handling any Ebola threat.  Holy shit, can Ebola outbreak at a crowded event like that!?

Yes, yes it can.  But will it?  No.  Pretty much the only way that would be something you’d even consider worrying about is if someone decided it was a good idea to load up a dead Ebola victim into a catapult and launch him into the starting line to make him splatter like a watermelon at a Gallagher routine.  So, baring Eco-terrorists taking their biological warfare clues from Medieval times, I’m pretty sure you’re safe.

You said the “T” word!  Terrorists are going to Ebola us right in the faces with Ebola, aren’t they?

Oh, Goddamn it.  No.  Pretty sure terrorists would rather not try to give everyone a disease that only spreads in its final stages, and which can take between two days and goddamn twenty to present itself as their primary weapon.  If you want to be freaked out about bioweapons, stick with Smallpox.  Smallpox is terrifying, about as deadly, can be spread through airborne contact, and was responsible for about 300 million deaths in the 1900s alone.  Jesus, I’m getting kinda heavy here.  Let’s look at another animal drinking booze.

Ha ha!  That dog is hilarious!  Did you take that picture?

No, I know how to use a google image search.

Why don’t you just credit the photo then?

Partly, it’s because I like to live on the outside of the law a little bit.  AFFotD is a renegade website, with our own mission statement, and we don’t bow down to those Buzzfeed and HuffPo rules.  But mainly it’s because, eh, I’m lazy.

Wait, back to the point.

Damn, I thought I steered you away from that.

So if I’m not supposed to murder my family in a panic to ensure that they don’t have to suffer through a horrific Ebola outbreak in America, what should I think about Ebola?

Let’s go with, “It’s a scary-on-paper disease that the media won’t shut up about, because it’s sensational and drives up page hits and viewership, but which will never affect your life personally, like back when people used to freak the fuck out about kids huffing cinnamon or whatever the fuck.”  Do you feel better now?

Well, no, not since you brought up that whole Smallpox thing.

Fair enough.  Goodnight, everybody, sleep tight, don’t let the bed bugs, which are very real and will cost you thousands of dollars along with a great deal of discomfort if your house gets infected with them, bite.

One response to “AFFotD Tries to be Tropical: The Ebola Virus”