The Strangest Coffee Flavors in America 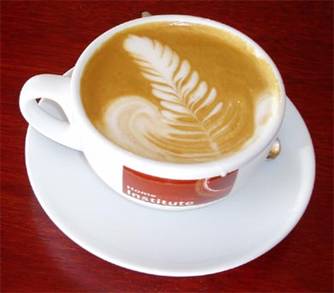 People like to say that coffee is the most consumed drug in America, which is part of the reason why most heroin users think the rest of us are giant pussies.  Calling coffee a drug is like calling hamburgers a serial killer.  You can stretch the definition enough for it to be technically true, but everyone is still going to roll their eyes at you.  Yeah, it’s addictive, but so is pornography, and people don’t call that a drug.  So ease up, okay?

Yes, coffee is an integral part of the American office experience, and if it didn’t exist our nation’s productivity would slow to a crawl (unless cocaine started to become big again).  But some people might not like the taste of coffee, and filling your caffeine delivery system with sugar and cream might get boring after a while.

So how would a non-coffee drinking American overcome this hurdle?  How can they get the necessary caffeine to get them through the day if they don’t like the glorious bitterness that is a freshly brewed cup of coffee?  Do they drink tea?  Do they try cutting down on their caffeine intake, instead just getting through the day on their own natural energy afforded them through a combination of a healthy diet and good sleeping habits?

The Strangest Coffee Flavors in America 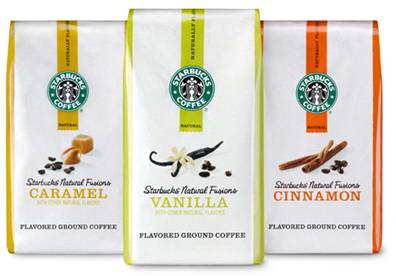 We assume that some sort of magical science is at play for flavoring coffee beans, but we’ll let the scientists and ad people worry about the specifics.  We’re just here to find strange, unusual flavors, and discuss them in our typical American, sarcastic way.  Coffee flavors like… 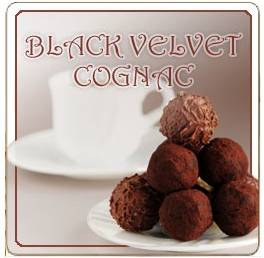 America has a habit of adding additional ridiculous things to perfectly fine items.  We love grilled cheese, but every once and a while someone decides to shove avocado, tomato, and steak in there.  Not that we’re complaining, that sounds fucking delicious, but at that point it’s less of a grilled cheese sandwhich as it is a grilled sandwich that has cheese.  This coffee flavor sounds like it was invented by two coffee scientists (shut up, pretend it’s a thing) who were trying to one up each other.  We can only assume that the conversation would have gone down like this.

Scientist 1:  I’ve invented a flavor of coffee…Black Velvet!  It’s sure to be a hit!

Scientist 2:  That doesn’t even make sense as a flavor, it’s just a color and a fabric and a pet name I gave to your wife because of her negligée preferences.  Besides, who would want Black Velvet coffee when they see my Cognac flavored vodka?

Scientist 1:  Fuck you, Johnson, just because your mother puts out faster than a faulty fuse box after a shot of Hennessey doesn’t mean it’ll make a good coffee flavor.  Besides, I already beat you to the punch.  Black Velvet COGNAC coffee, motherfucker.

Scientist 2:  Whatever, I just pooped in your lab equipment.

Man, Science is way more awesome than we assumed. 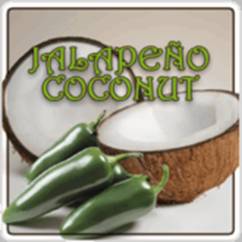 …You know how when you were growing up, how every Birthday party you went to had at least one kid who would make a “suicide” with the soda fountain?  Where he or she would just mix all the sugary sodas together in one cup, making this strange orange/brown concoction that both grossed you out and intrigued you?  That kid grew up to invent a Jalapeño Coconut coffee.  These are three mutually exclusive items that you’ve never even dreamed of combining…

Just let that settle in.  Before today, you never, in a lifetime worth of flavor-mixing experiences, thought of combining jalapeño with coconut.  Or jalapeño and coffee.  Or coconut and coffee.  None of these are taste combinations you have even considered, but here they are, offering you all three of these things together.  It’s the coffee flavor you never knew you wanted and still don’t!  Maybe we’ll whip up a batch and serve it with a cup of peanut butter sardines flavored coffee. 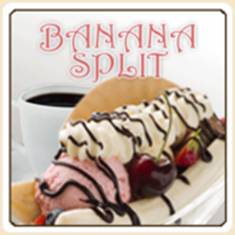 The website selling this product seems to assume that more Americans are familiar with coffee flavored like a banana split than with what an actual banana split consists of.  Seriously, nothing hurts our souls more than seeing a clumsy, 75 word description trying to explain a banana split, as if anyone in America has never experienced its glory.  “A banana is cut in two lengthwise (hence the split)” this website tells us, while doing us the favor of stopping themselves from saying, “A-Doy” really condescendingly.  If you have be told that a banana split involves a banana that was split in two,  you’re such a risk to society that you’re not legally allowed to be around scalding liquids to make coffee, so this product is useless for you anyway.

Seriously, at a certain point, shouldn’t you assume that the person ordering a banana split flavored coffee would only be ordering it if they knew what a banana split tasted like, and if they wanted to combine that flavor with coffee?  This isn’t like picking out a new girl at a brothel to mix things up, flavored coffee is a pretty niche market reserved for people who want their coffee to actually taste like the product it is flavored as.  Right?  We’re not crazy for thinking this, right? 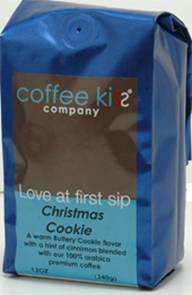 It’s almost disturbing how many outlets you can find that sell “Christmas Cookie” flavored coffee.  Maybe we don’t understand the cookie business as well as some of our more successfully fat readers, but is there really a huge difference between a “Christmas Cookie” and a regular cookie?  Isn’t the shape the only determining factor for a Christmas Cookie?  Unless we’re missing something, clarifying that your coffee is flavored like a Christmas cookie would be like making a “Red M&M Flavored Coffee.”  Which is just a mocha, right?  So let’s drop the pretext, this is a cookie mocha without the chocolate.

Are ad agencies to blame for this?  We’ve seen Mad Men, because Jon Hamm works our nostalgia driven research division and he won’t shut up about the damn thing, but is it really going to push that much more coffee if you make it taste like cookies and decide to call it “Christmas Cookie flavored”?  Well, maybe, as consumers we’ve been known to buy some pretty stupid shit.  But let’s think about this logically (we know, we ask too much sometimes).  Can you imagine this conversation?

Sales Rep:  That makes sense, who would want coffee when they could have cookies?

Sales Rep:  Why yes, we have cookie flavored coffee available.

Customer:  Well that’s too bad.  I think it’s not an exaggeration when I tell you that I hate cookies so much, that the mere thought of them sends me into a homicidal range.

Sales Rep:  I see.  How do you feel about Christmas?

What we’re trying to say is, if someone offers you Christmas Cookie flavored coffee, make sure they like regular cookies before you accept it.  Because if they don’t, it’s too late for you, and it’s time to make your peace.  But be honest.  Somehow, you always thought it would end this way.

Death by cookie coffee.  A fitting end for an American hero.

4 responses to “The Strangest Coffee Flavors in America”