“I see nothing wrong with this picture.” 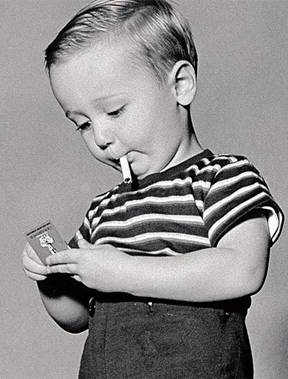 The greatest generation was also the generation of the worst parents.  Children born in the 1950’s had to dodge carcinogens, tetanus, and medically-caused birth defects like it was their job.  Granted, it’s not the fault of the parents, it was more a sign of the times.  Having some cigarettes and booze while pregnant was just a good way to calm the nerves, and so what if Lawn Darts can be used as a weapon, it’s called survival of the fittest.  Darwin, motherfuckers.  In the 50’s, parents didn’t spend their time drinking while their children took turns playing “inhale the asbestos fibers” because it was fun, they did it because alcohol is delicious, and that entire generation spent most of their time offsetting the effects of Delirium Tremens.

And really, childrearing in America during this time was naïve, but innocent.  And of course, America Fun Fact of the Day was there.  Yes, while we’ve been in existence as AFFotD since the 1970’s, we were still putting out information back in the 1950’s as a bi-weekly informational brochure called “The Informative American.”  Looking through our archives, it wasn’t hard to dig up one of our classic guides to parenting from back in 1955.

Being a parent in the 1950’s didn’t mean you’d expressly go out of your way to make life dangerous for your children.  The rest of the world did that job for you, and you’re never going to be able to out-terrible-parent this woman who used her children in a knife throwing act.  But, in our 1955 guide, we were able to highlight just exactly was expected the 1950’s American parent!

So, for a refreshing take as to the mindset of America 55 years ago, we present…

*Following this advice today will lead to your arrest.  AFFotD is in no way responsible for any injuries as a result of the information in this article. 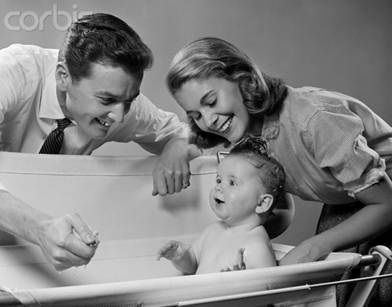 As the Nazi menace has long since been defeated, and the Red menace looms, we’ve seen the importance of populating the world with strong, God fearing children who can take arms against the Yellow menace and keep Americans safe from those that look and think differently than us.  And often, we receive parcels in the mail from young parents in keenly knit sweaters asking that we raise their children in the most American fashion.  “We want our child to be the ones who drop the bomb on the blasted Kremlin” these letters read.

Well, we cannot rear your children anymore (you can thank the boys on Capitol Hill for putting an end to that) but we can do the next best thing.  We can tell you all that you’d need to know to raise an American child with a strong heart, a thick mind, and a healthy xenophobia! 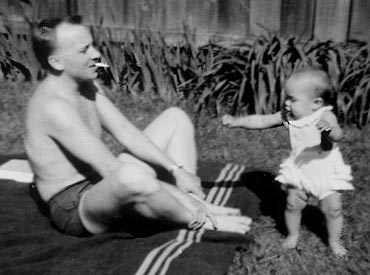 It’s 1955!  Studies have shown time and time again that if you’re not smoking, you’re missing out on a healthy dose of Vitamin L4, as well as your daily recommended doses of tobacco consumption as established by the Surgeon General!  If you’re not smoking, what are you doing with your hands all the time?  And what point is having products to scrub that yellow color out of your fingernails if you’re not smoking to make it worth your while?  Do you want the Ruskies to win?

That feeling of clarity and calm that comes from inhaling the smoke of tobacco is just further proof that tobacco is the one product that allows us to operate at a higher cognitive level than our enemies.  No matter how much your children cough when you blow the smoke in their faces, you know that their grimace is secretly saying, “Thanks mom and dad, Harvard here I come!”  Even Dwight D. Eisenhower smokes, and if you think he’s lead you astray, you’d better think twice, Commie!

Russia is a terrifying presence that looms larger every day.

To the young soon-to-be mother who is no doubt wondering “now that I am pregnant, does that mean I’m smoking for two?” we can’t help but chuckle of the foolishness of your question.  Of course you are expected to smoke more.  The nicotine and ash in tobacco helps Americans rid themselves of their prenatal fins, while making the baby more aesthetically appealing by giving them a slightly orange hue by the time they leave the womb.  American scientists sponsored by Phillip Morris have confirmed this!

“But Informative American, what age should my child start smoking then?” 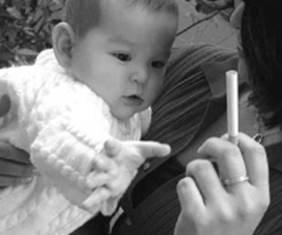 Much like the immune system of an infant is boosted by sapping their mother’s life force during the act of breast feeding, a child should be able to take in enough essential nicotines In Utero to last them until their seventh birthday.  But don’t rush them back into the habit of smoking, let your child decide when he wants to smoke.  You can inform him that it makes him look “cool,” “neato,” and “extremely fuckable” to guide him in the right direction.  And if he hasn’t decided to pick up smoking by the age of 10, it might be time to sit down and have a stern talk with your boy for being so petulant.

If your child is a girl, disregard this advice and just do whatever the fuck you want, because no one wants a daughter.  No one.

Keep your televisions small, your child’s squinting will improve their eyesight! 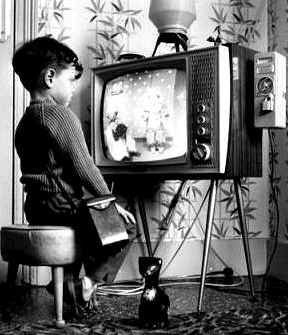 While expensive and mysterious, home television sets are a new technology that makes for great dinner party conversation.  Upon seeing a television for the first time, most Americans ask numerous questions, like “how are these images ‘broadcast’ directly into your home?”  Or “When will my nose stop bleeding?”  While many have been worried about the future implications of the proliferation of television, we at The Informative American strongly believe that you should let television raise your children most of the time.

Fact:  For every hour your child watches television, you have an additional thirty three minutes that can be devoted to the consumption of alcohol.

Fact:  Studies have shown that when children stare mindlessly into these television sets, their eyesight becomes so good that they can see your intentions.

So, if you can afford a television, keep it on, and keep your child’s TV-watching chair close to the set.  Your child’s future Optometrist will thank you!

How old is “too old” for a child to start drinking? 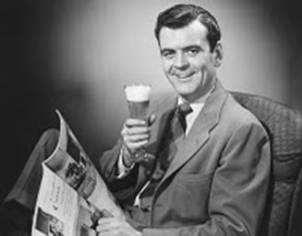 Children generally begin to drink once they discover the truth about Santa Claus, and the decisions to introduce the delicious taste of alcohol to their lives is generally up to the parents.  Of course, it is important to keep an eye out on their classmates.  Nothing is more embarrassing for a young child than being the only sober person at their third grade spelling bee.

So use your discretion.  Wait till your child is ready.  But most agree that you should aim for between the ages of 7 and 11.

Children are created to make your American life easier 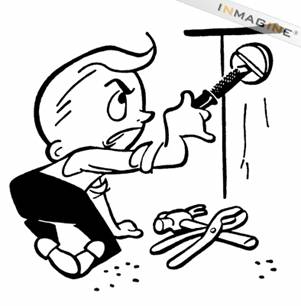 Remember, current and soon-to-be American parents, the main reason why you will chose to completely decimate your sex life has a lot to do with the fact that children are commodities.  No, you can’t sell them (unless proposition 23 passes, which we can only hope it does) and there are child labor laws (again, unless proposition 23 passes) but that doesn’t mean you can’t train them to do most of the things you hate to do around the house.  Setting the table?  Get the kid to do it!  Mowing the lawn?  Get the kid to do it!  Cleaning the house?  Well, your wife needs to feel like she’s contributing somehow, doesn’t she?  Ha ha!

So hopefully you, American parent, can take this advice to heart!  May your sex-spawned labor slaves afford you many lazy (drunken) Sundays!  Fuck Russia!