“The only thing more terrifying than the Russian menace is the outward displays of homosexual behavior exhibited by my son.” 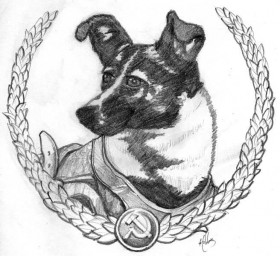 America loves nostalgia, just so long as it only gets in the way of us making changes that cost a lot of money.  The power grid is horribly inefficient?  No need to spend hard earned booze-tax money to fix it, it reminds us of simpler times!  We can make air bags that make cars much saver?  Why do that, it’s needlessly costly and besides, we all love classic cars!  Baseball tickets used to be a dollar?  Fuck you, let’s gouge the shit out of everyone!

The point is, alcohol consumption is the leading cause of moments of nostalgia (as well as incorrectly informing people that you love them).  And this is America, so we’re drunk always (always).  And as we polished off our third keg of 20 year Pappy Van Winkle (special made just for our staff) we started to get bourbon nostalgic, which as you all know ages incredibly.  So we began looking through our stack of 1950’s articles from back when we were known as “The Informative American.”  We’ve previously shown you an example of our bi-weekly 1950’s publication, which pertained to parenting, but we were drawn specifically to a 1957 article we published regarding Communism.  More astutely, it was an informative guide for spotting out Communists in your local community.  Maybe it was the high priced liquor, but we felt like we needed to share with you this unique blend of paranoia, McCarthyism, and surprisingly blunt misogyny with you, the educated, inebriated 2011 reader.  So, without further ado, we present …

Our illustrator recently went to a new doctor to have a physical.  While his previous doctor had been a diligent medical expert, he had unfortunately succumbed to an age related bout of severe liver cirrhosis, and as it turns out, this new physician had a lot of nerve.  When asked how many drinks he has a day, our illustrator replied, “Maybe fifteen to twenty?”  He of course was being modest, because a true gentleman doesn’t boast- that is how spouses find out about mistresses after all.  Instead of congratulating our employee by informing him that the toxins effectively scrub grime off your internal organs in the same way vodka can be used to loosen rusted bolts, this so-called man of medicine was aghast!  “You shouldn’t have more than three a day, and even that is questionable,” he said.

We know what you’re thinking.  “Who is this doctor, and why does he spit in the face of our freedoms?  If he had said such an inflammatory thing to me, why, I say I would have socked him right in the dick.”  Which of course our illustrator did, don’t ever underestimate us again.  But this speaks to a far more terrifying truth.

The doctor was clearly a Communist. 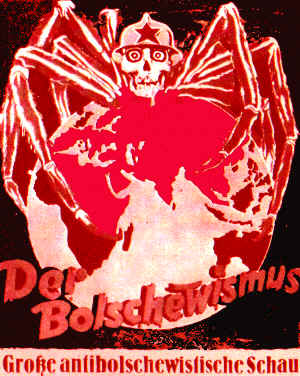 The spider legs and bare skull were dead giveaways. Also the helmet.

We live in a terrifying time, Americans.  The Soviets have not only put a device in space, they’ve already eclipsed us in the field of killing dogs in space.  We must remain ever vigilant, and despite alcohol’s ability to hone our senses and focus our barely pent up rage, the Red Menace creeps closer every day.  Doctors who won’t prescribe us our morphines, grocers who insist that they don’t sell steaks in units of “a fuckton,” that half-Mexican looking family that moved in across the street, each and every one of them are Communist machines that subside on fear and social welfare.  They must be stopped, but first you, the intrepid American, must learn how to spot these shapeshifters, and how you may dispose of their lifeless bodies without breaking any of our fine government’s littering laws.

How To Spot A “Commie”/”Pinko”/”Canadian”

The Handshake was invented in America as a way for two men to introduce one another in a more formal manner than the traditional European greeting (open mouth kissing).  That is why only a true American knows the proper way to shake another man’s hand.  A good handshake is firm, confident, and sees both parties avoiding the overwhelming urge to whisper sweet nothings into the other’s ear.  It is ingrained in the typical American’s blood.  If your handshake is met with a limp wrist and a weak motion, you know that you have touched a communist, and that you must sanitize your hand by dipping it into pure iodine for the next 36 hours.

Alcohol is what separates man from beast, and excessive indulgence in alcohol is what separates Americans from every other nationality (excluding the Irish and Scots).  A drink of alcohol steadies the nerves, and a bottle of it helps you stomach the appearance of your wife long enough to allow you to impregnate her.  And those children will grow up to fight Communists as well.  It’s the circle of life.  The Soviet agent will never be seen drinking alcohol, because it is commonly accepted that they lack functioning genitalia.  So if the new member of the PTO declines your offer of a Sidecar because “Jesus Christ it’s only eleven in the morning” you’ve got yourself a rage-blooded Communist.

This of course is common sense, and not something you should worry about, since everyone in America with accents has been forced to live in Italian ethnic neighborhoods, and Asians have long since been run out of this fine nation.

4-      If your secretary says she “doesn’t appreciate” your overt sexually advances because “you have a wife, and, dear Lord, you just reek of gin”:  COMMUNIST!

You hear us Sharon?  Fuck you!  We’re onto your little games, you tease!

So, now that you’ve been able to discover the nefariously hidden Communist agent, what is the proper course of action?  Gathering dozens of them and releasing them in the woods to hunt them down one by one may sound appealing, but if a single Communist escapes and goes to the police, you’re going to be the one facing a fine for hunting without a license.  That is why we’re here to tell you the two best methods for Communist disposal.

How To Get Rid Of The Communists You Encounter

1.       Ostracize the Communist, casually leave plane tickets to Argentina for them, let them flee the country on their own volition.

Our government was shortsighted with their idea to “blacklist” known Communist sympathizers.  A much better method is to simply run them out of the country.  Burn curse words in their lawn.  Smear animal blood on their home, saying things like “GO HOME COMMIE” or “A GOOD RED IS DEAD,” or any of the dozens of acceptable anti-Communist slurs you can find at your nearest Post Office or Courthouse.  When they’ve reached a breaking point, casually slip a one-way ticket to Argentina into their bag.  Argentina is where Nazis and Communists one and all go to hide, because it is such a hidden land.  Only two Americans can find Argentina on a map, and one of them is the President!

2.       Straight up force the Communist onto a flight to Argentina.

Sometimes Communists straight up won’t take the hint, saying things like, “Why are you calling me a Communist, I swear I’m not, why are you trying to ruin my life?  My wife’s left me, my kids won’t talk to me, all because you’ve declared some vendetta against me for reasons I can’t understand!  I declined a swig of your flask one time because it was at my grandmother’s funeral, and ever since then you’ve been vandalizing my home and causing me to live in fear.  Why are you doing this? What the fuck is wrong with you?”  At this point they’re clearly going off a script given to them by their Soviet handlers, so you should hit them in the back of the head with a  shoe horn and drag their unconscious bodies onto the nearest South-American-bound flight.

Bring an angry mob with you as well, if you play your cards right things could get “out of hand.”  Wink wink nudge nudge.

So there you have it, austere American.  Don’t let these Communists continue to foul up the odor of the freedom in the air.  Find them, judge them, and make them flee.  It is your duty as an American.  We can only hope to stem the tide until the Red Menace is able to assault us from the heavens themselves.  The only type of hope is fear!  God bless America!