The Man Who Got Three DUI’s in Three Days

We get a lot of flak from public interest groups about our relatively “lax” drunk driving standards (we may or may not have installed Breathalyzers in staff members’ cars that won’t let them start up unless they have a BAC higher than .05).  We understand that it’s not a particularly popular subject for a lot of people, and we begrudgingly cede the point that our cartoon series, Billy the Buzzed Driver and his Bizarre Adventures, might glamorize drunk driving to children. 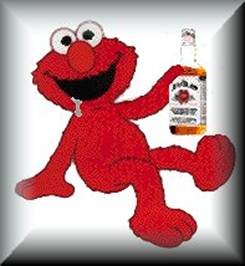 So we have to point out, getting drunk and then stepping behind the wheel is dangerous, and can harm or even kill not only yourself, but innocent strangers.  That being said, when the worst case scenario doesn’t happen, we think we’re totally within our right to make fun of it in a “Holy shit, how drunk was that driver!?” sort of way.

Which brings us to Timothy James McGowan.

We’ll let you just ponder for a while…

Yeah, we’re going to go out on a limb here and say that no one had “Getting three DUIs in three different cities in three days” on their list.  Well of course you didn’t, because you’re not Timothy James fucking McGowan.

That’s right, Timothy James McGowan pulled that off, possibly to win a bet with the Devil, and he had the common decency to have his full name, including his middle name, included in the report to make him niiiiice and googleable.

“They left out the killer air guitar solo I did for my sobriety test,” claimed McGowan as he vomited an empty whiskey pint bottle

Timothy James McGowan’s rap sheet reads like the description of an AFFotD office party.  “On May 18, McGowan, 50, tried to enter a closed bank and drove off while drunk in San Rafael.”  Haha, what?  Wait, so when this guy is drunk, this guy tried to get inside a closed bank?  He realizes that most banks have drive through ATMs, right?  What he applying for a loan?  So many questions…

His second DUI is boring described as, “On May 19, he was arrested for drunken driving in San Francisco.”  Come on, is that the best you can do?  This is a man who, just the day previously, got himself arrested by trying to stumble drunk into a goddamn bank.  And we don’t get any hilarious details about what he was doing in San Francisco?  Have you ever seen the streets in San Francisco?  They’re impossible to drive sober.  Watching a drunken Timothy James McGowan plow down the streets of San Francisco would be like watching a five year old kid go bumper bowling.

We can only guess that Timothy James McGowan drove through a classified government facility with his second DUI, because the description for his third DUI in three days shows that if there’s one thing Timothy James McGowan is good at, it’s being an idiot while drunk behind the wheel.  The next day, on May 20th, “he got busted in Novato after he was spotted staggering near his Volkswagen Beetle, asking a woman for a ride to Burger King and then getting into his car and making a wide right turn in front of police.”

“Is there an officer, problem?”

Now, we have to take a minute to salute the logistical absurdity of this endeavor.  Timothy James McGowan went out on a Wednesday night, got drunk and busted for a goddamn DUI.  Most people would respond to that by frantically figuring out the legal nuances of getting caught for drunk driving.  They would most certainly not drive nearly twenty miles to a nearby city, get wasted again, and then get busted for drunk driving, yet again.  At this point, you’d assume that the police would have impounded McGowan’s car and set fire to his driver’s license like Jimi Hendrix doing a goddamned guitar solo. But no, at this point he goes another 30 miles to another city, drinks to the point that his BAC is twice the legal limit, and then abandons his quest to get driven to Burger King after one try before deciding, “Eh, fuck it, I’ll just drive myself, the Burger King is right here past this squad car.”

There’s a certain point where you have to stop blaming the fact that you’re drunk for the stupid things you do, and have to realize that you’re probably…well, just stupid.  Timothy James McGowan probably reached that point about four arrests for public intoxication in a three month span ago. 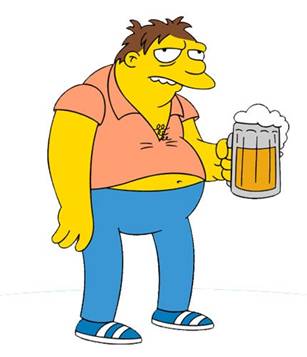 Now, should this guy go to jail?  Oh, absolutely.  But are we allowed to point out the absurdity of what the man did, and at least give an appreciative nod towards the insanity laden American qualities he showed during his ill-advised binge?

Of course.  This is America, goddamnit.