AFFotD’s News Item of the Month: What the Fuck, Japan?

~America Fun Fact of the Day 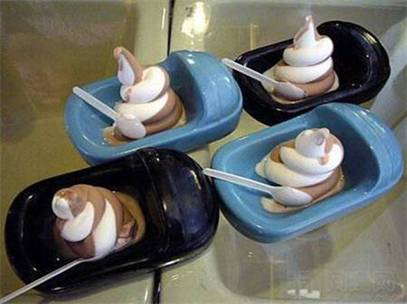 Every once in a while, the man who we hired to read news stories out loud to us (because…reading?  Eww) comes across something shocking, disturbing, and downright terrifying.  We don’t know what these stories are going to be, but we have expectations for worst case scenarios.  For example, there could be a report about state banning liquor.  Maybe an article about people turning poop into beef.  Or, God forbid, a story about parasites live in potato chips and cause your face to melt.

Of course, we never run into anything like…wait.  What?

Oh God no, no nooooooooo.

AFFotD’s News Item of the Month

Japan, following their motto of, “YOU’RE DOING IT WRONG” was doing research on…ugh, fecal mud.  And they discovered that there’s a lot of protein.  So, some months or years of horrible black magic later, they made fake steak that is made out of human shit.

Apart from causing night terrors in roughly 100% of the people who read that sentence, and being an easy target for Soylent Green jokes, it really shows how other countries have their priorities so out of whack, especially when compared to America’s.  Japan decided they wanted to make a more “environmentally friendly” food source.  So they decided to take human waste and turn it into beef.

Of course, America would respond to that the proper way.  That is to say, America says, “Fuck nature,” and decides against making people eat poop.  Everyone’s happy.  And we do not have scientists bringing this unholy specter to our stomach linings.

So that’s why we’re here to tell you, Americans, that this exists, so you can know to avoid it like the plague.  Because, it probably actually causes the plague (citation needed).  Maybe thirty years in the future, there will be special, true steaks that will be marked “Feces free.”  The devil has many tricks that he will use to make us eat shit, and environmentalism seems like just as effective of a tool as anything else we can think of.

So rebel, Americans!  Be wary of Kobe beef, shudder at the sudden new meaning “Corn fed beef” takes on, and for the love of God, make sure your steak is real.  Do it for yourself.  Do it for your sanity.  Do it for…America.

5 responses to “AFFotD’s News Item of the Month: What the Fuck, Japan?”