We Even Are Good At Inventing Old Civilizations

Whats the most American academic pursuit?  When that question was posed to our AFFotD staff, we had a bevy of responses.  “Business and greed!” Michael Douglass offered.  “Law, like in my current film, The Lincoln Lawyer,” Matthew McConaughey said before we kicked him out of the offices and asked security what the hell he was doing there.  “Titties!” Johnny Knoxville shouted before stapling a dollar bill to his forehead while we all laughed and nodded approvingly.

The actual answer to this question came as a shock to many.  “Anthropology,” resident helicopter pilot/alien hunter Harrison Ford said from the back of the room.  We all looked back at him, and there’s a distinctive mumble.  “What the hell is that?” someone asks.  “Gayyyyy,” the guy whose job is to say “gayyy” after everything he doesn’t agree with said (we hired him back in 1998… it was a…well, a different time back then).  At that point, Ford took out his hat and whip, and we all went, “ohhhhh, the Indiana Jones profession.  Yeah, good answer, good answer.”  Like it was fucking Family Feud.

It was at this point that we took out a book on a man who was a real life Indiana Jones, or at least the Anthropologist who discovered the shit out of a mysteriously dead civilization.  We won’t even hold it against him that he was born in Hawaii.  That man was Hiram Bingham III. 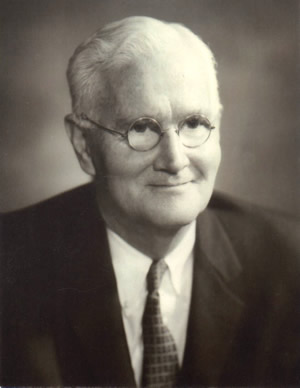 As far as education goes, Bingham got more degrees than an Indian Doctor.  He graduated from Yale, Berkeley, and Harvard before teaching at Princeton in order to ensure that every competitive mother of an overly academic child can point to him and say, “See?  If Bingham could do it, you should too.”  He never trained in archeology or anthropology, instead Bingham decided to make a name for himself in 1911 with the discovery of Machu Picchu because he figured, “Eh, easier than getting laid, amiright?”  To clarify, he may have made this statement because he looked like this.

He displayed an ultimate American tenacity by “discovering” a place that had already existed for hundreds of years that never was really lost (since locals knew about it, and several explorers started bitching, going, “we found it first” when Bingham made his announcement).  But he just sent an expedition there, led by a guide, and then essentially put a flag in it and said, “Suck on this, bitches, discovered by ME,” and let the money rain down.  What makes it even more impressive is that Machu Picchu is an incredibly advanced archeological triumph, and remains completely intact, yet abandoned.  That’s right, we don’t know what happened to the people that made them.  This concept has been used time and time again as the basis for horror films.  It is widely believed that Hiram Bingham was also the man behind the concept of being unable to start your car when a killer is coming.

While Bingham is most known for being the inspiration for those guys who leave comments on websites by going, “FIRST!” he also had a rich American career of having like, seriously, 7 kids, joining the Air Service, and becoming a corrupt politician.  All in all, you’ve got a glorious American who, while not as badass as Indiana Jones, at least didn’t go about his job by destroying everything whenever he comes into contact with goddamn ancient ruins. 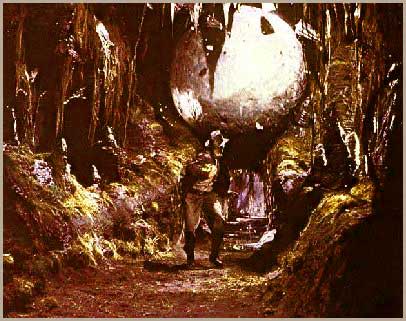