“We rap all the time, all we do is so much rapping, do do doodle dee do do do.”

When winter approaches, we hang up our special coat of arms with one of our Latin credos (yes, we have more than one Latin credo).  “Bruma Fuck.”  Fuck winter.  And despite our hatred of this, the cruelest of seasons, and our even stronger hatred of that entitled shrew known as “Mother Nature,” we at AFFotD have to give props where props are due.  And that’s Blizzards.  Because they will mess you up, and they do not fuck around.

Though 2011 is just in its infancy, we’ve already encountered massive snowstorms in our East Coast offices, with our Chicago offices looking at 20 inches of snow in the upcoming days.  So, much like how a criminal profiler has to get inside the mind of the killers he chases, we at the AFFotD offices need to think like Blizzards, before they kill us all. 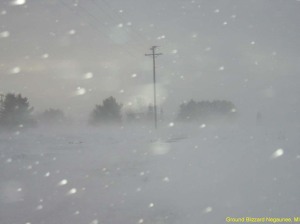 Blizzards differ from Snowstorms in many ways, including the fact that Blizzards will wreck your shit.  In order to be classified a Blizzard, a snow storm must have winds in excess of 35 miles per hour, with visibility reduced to 1,300 feet or less.  The deadliest Blizzard in history occurred in Iran in 1972, killing over 4,000 people, and dumping as much as 26 feet of snow in certain parts.  26 feet.  Blizzards straight up don’t give a shit.  26 feet of anything as tiny as snow is nothing to shake a stick at.  If you had 26 feet of rice in China, it would be called, “Enough rice to destroy a town, and also, it’s sort of racist that you decided to locate this rice comparison in China.”

There’s an old American riddle- if a Tornado and a Blizzard got in a fight, what would win?  It’s a trick question, because the Tornado and Blizzard would team up to just go to town on some trailer park.  If a Blizzard manifested into human form, and opened a bar, it would spit in the drinks of every single person that drank there because fuck you, that’s why.  Blizzards are the most common reason for small children to fearfully ask their parents, “What have we done to make God so angry?”  The subsequent, “Gay bath houses I guess, son,” responses from their fathers are responsible for 12% of divorces in America.

Because, let’s face it, Blizzards are American.  They are cold, cruel bastards who are comprised primarily out of a whole mess of wind, and they go to elaborate lengths to make sure you can’t get to work or see your family for the holidays.  What’s that?  Your flight was delayed by a Blizzard?  Looks like you’re gonna just have to get smashed at the airport bar then, won’t you?  Darn.

Part of the reason why Blizzards are such cruel bastards is because they feel slighted that nothing cool is named after them.  There’s a list of things that, say, Hurricanes have named after them, for example.

And to put that in more perspective, here are the various things named after Tornados.

–          The Tornado Roller Coaster, a 1920’s Coney Island Roller Coaster (mainly America because you’d have to imagine it was unbelievably dangerous)

–          In 2004, The Chicago Tornado were a team in the US Pro Cricket league.  The league folded after one year, because this is America dammit, not, uh….India?  They like cricket in India, right? 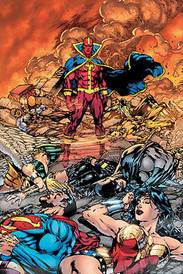 But Blizzards?  Blizzards, the “they can happen anywhere, and can dump 26 feet of frozen murder right over your heads” ultimate pissed off act of nature?  Here’s all that Blizzards got named after them.

–          Blizzard Entertainment:  ie, that videogame company that makes Starcraft, World of Warcraft, and every online video that way too many people spend way too much time on, and which has formed professional leagues of videogame players in Korea.  Booooooooo.

–          The Toronto Blizzard- a Canadian Soccer team in professional soccer leagues so bad, they folded twice.  In Canada.  Playing soccer.  BOOOOOOOOO.  Get that shit out of our house!

–           The Buran Spacecraft (Russian for “Blizzard”) was a Soviet Union spaceship that made only one unmanned flight into space in 1988 before the program was cancelled in 1993, and the ship was destroyed in a hanger collapse in 2003.  Are you shitting me!? The shit is that!?  Are you trying to make Blizzards bitch slap America?  Why do you think that of the ten major Blizzards of all time listed in the Wikipedia page for Blizzards, three of them happened in America, just last year!? Get your shit together, people in charge of naming stuff after natural disasters, fuck.

–          Dairy Queen sells a dessert called a Blizzard which is actually pretty good. 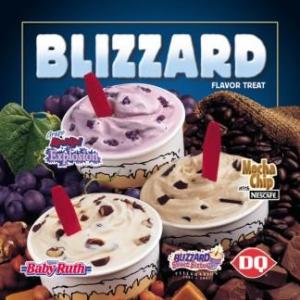 And if you think we might be skewing the data, only pointing out the “lame” or “Un-American” things named after Blizzards, while keeping things off the list like, I don’t know, “The California Blizzard,” which would be like, a hypothetical sex act where you have sex on a beach and then finish in a freezer or something?  To you we’d say, first of all, how dare you accuse us of anything but exemplary journalistic integrity, we use copies of the New York Times revisions page as toilet paper, thank you very much.  Second of all, here’s the complete list right here.  See?  Pretty empty, isn’t it?  And that just makes Blizzards mad.

So why do we afford more fear and respect for Hurricanes and Tornadoes than we do Blizzards?  It might be that Hurricanes and Tornadoes are less frequent, and if you are caught in a Blizzard you can just wait it out inside, watching TV and sipping on Hot Bocoa (Hot Cocoa, only made with bourbon instead of water or milk.  It is disgusting and American).  But damn it, we need to give Blizzards respect, because they’re coming after us.  And that makes them American.  After all, pointless, mindless vengeance is incredibly American.  Hell, this is the country that created a popular Comic Book franchise out of The Punisher, a man whose only “Super Power” is literally “super pissed off that his family got killed.”  And this guy’s gotten two shitty movies about him.  The only good thing to happen to Blizzards lately is that Andy Samberg plays a comically bad white rapper called The Blizzard Man.  That’s fucking it.

So yeah, Blizzards are pissed, and are coming after us.  We all saw what Blizzards did to the Metrodome in Minneapolis.  It made such a mess there that Hulk Hogan came to Minnesota to apologize, assuming he had blacked out and done that damage chasing after alcohol hallucinations of Jessie Ventura, until he saw all the damn snow.   We can’t underestimate them, they have been responsible for the defeat of such tyrants as Napoleon, Hitler, and Brett Favre.

And not a moment too soon

So get your shit together America.  We might taunt Nature, and loathe it, but remember- Superman always at least respected Lex Luther.  And that’s what this is about.  Blizzards are cheap-shot-giving little bitches in some ways, but they are also terrifying snow machines made out of murder that go by the awesome-if-way-underused nickname of “The Great White Death.”  Respect the thing.  Before they turn our American homes into icy, icy tombs.

3 responses to “Blizzards, a Hazardous Foe”