“It’s been so long since we’ve talked about fried foods, my Cholesterol  levels have almost gone done to healthy levels.  Almost.” 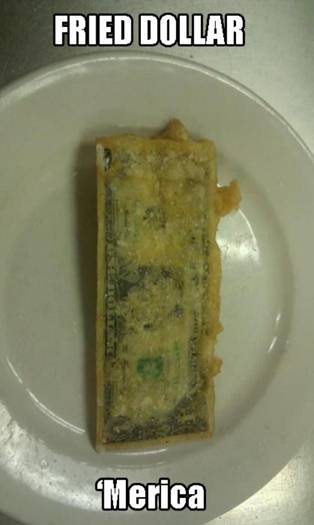 Fried food.  Crunchy goodness.  Grease’s children.  The culinary manifestation of a fat man punching himself in the heart.  Whatever you call it, battering food and dipping it in boiling oil is as American as apple pie, assuming that you battered the apple pie and immersed it in boiling oil beforehand.  We’ve documented the cutting edge of American fried foods six times before, but it’s been about a year since we’ve sat down and scoured the dumpsters of our nation’s state fairs to find the latest in delicious food that technically can be considered a murder weapon in several of our more obese states.   And that is far too long to go without terrifyingly complex fried foods.

So grab onto your nutritionist’s desperate letters urging you to, “Stop, for the love of God, do you have a death wish?” because things are about to get a little unhealthy. 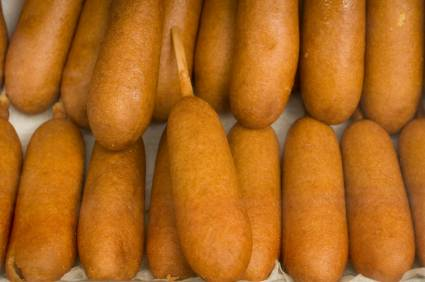