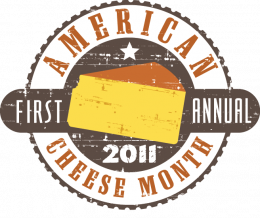 October is a month full of contradiction.  On one hand, Fall is infinitely better than Winter, and we are big fans of the beauty of watching the leafs change as well as the subtle racism that goes hand in hand with the wonderful weather conditions of Indian Summer.  On the other hand, Winter’s coming, and we’ve set a lot of forest fires this year so we’re sure to face their wrath in the form of motherfucking blizzards.  As much as October tries to win us over with generally mild weather conditions and Halloween, it’s also the month that has a large rise in the Zombie population while constantly warning us that Winter is coming.

However, America’s Councils for American Food (in America) have made a strong push to put a little additional awesome into the Month of November.  October already is National Caramel Month, National Cookie Month, National Dessert Month, National Pasta Month, National Pizza Month, AND National Pork Month.  In fact, October has more items that are celebrated in October than any other month of the year (poor August is only left with National Catfish Month).  So while you may think “Hey, October’s got enough going for it already” we would have to gentle remind you…there’s always room for cheese.