Most history curriculums are pretty bad at telling us about the crazy things that have actually happened in the world, if you think about it.  Sure, McCarthyism during the Cold War is “something we should know” but how come no one talks about the time we tried to build a military base on the moon in 1959? Hell, even when history tries to get edgy (like, for instance, the existence of Teddy Roosevelt) it somehow manages to leave out some of the best parts (like how his daughter was a pet-snake keeping badass).

This goes double for the history of baseball. We know about Babe Ruth and his philandering, boozy ways, but we don’t know about the pure insanity that was Charlie Sweeney. Likewise, everyone and their mother knows at least the name “Cy Young” when it comes to pitchers, but was Cy Young an alcoholic who once was struck by lightning during a game that he stayed in and finished?  We didn’t think so.

So we here at America Fun Fact of the Day have decided to do history a favor and help them spice things up a bit by telling you a little bit about Ray Caldwell, one of the most badass pitchers to ever play professional baseball, and one of the few people who can give Charlie Sweeney a run for his money.

END_OF_DOCUMENT_TOKEN_TO_BE_REPLACED

“There’s no ‘I’ in ‘drinking while pitching a professional baseball game.’  Or there are six ‘I’s’ there.  Shut up.”

The infancy of baseball in America was lawless time.  The World Series wouldn’t became an established event until 1903, entire leagues were created and disbanded over the course of just one or two seasons, and most team names were just, well, silly.  Considering that, in the 1800s, baseball was relatively new and didn’t really pay particularly well, the players that decided to pursue a professional career in the sport tended to be pretty eclectic.  They had names like Ice Box Chamberlain, they routinely threw games for gamblers, hell, in 1872, during the season, a team’s left fielder straight up drowned while fishing.  So in order to stand out as someone truly (and hilariously) noteworthy during this period, you had to either be one of the early greats in the sport, or you had to be an absolute nut job.

Starting pitcher Charlie Sweeney was a little bit of both.

If you claim to have heard of Charlie Sweeney before, we might have a hard time believing you.  His career wasn’t particularly remarkable, save for a few bright spots.  He played for five seasons, winning one Union Association pennant, and finishing his career with a 64-52 record with a 2.87 ERA and 505 strikeouts.  However, in his short time on the field (and off the field) he managed to leave a legacy filled with prostitutes, alcohol, manslaughter, and a few MLB records. So hold onto your britches or whatever the fuck people said back in the late 19th century, because we’re here to tell you about… 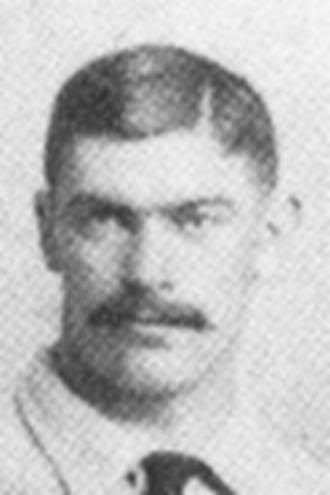 END_OF_DOCUMENT_TOKEN_TO_BE_REPLACED

Posted in All things baseball, Athletes