Five Absurd Museums That Have No Reason To Exist

“Welcome to my museum devoted entirely to my very specific strain of ADHD.”

~The Founder of the Umbrella Cover Museum 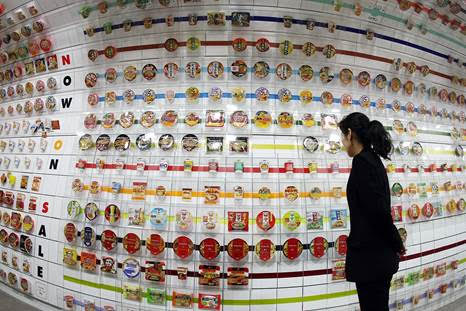 Museums. You may know them as the big buildings with a bunch of old stuff that your friends start going to instead of day drinking on Sundays because “they have kids now, Johnny” and “Jesus, you mean you still went to the bottomless mimosa place by yourself? Are you okay?” But did you know they can be more than a “fun” date destination for couples who have just become the type who host “game nights” on Saturdays? They also can be completely batshit crazy and unnecessary!

We tend to assume that museums exist to hold things like dinosaur bones and mummies, but there’s not really much in the way of criteria for what counts as a museum. Anyone can start a museum about anything, and society just calmly lets this happen. The difference between a person running a museum out of their house and a hoarder is that the hoarder at least has a variety of interests.

To that end, we’ve gone out and discovered five museums that, frankly, shouldn’t exist. Is this our way of telling intrepid Americans everywhere that they should not turn their over-sized collections into galleries that preserve the past for the future? Yes. Absolutely.

Five Absurd Museums That Have No Reason To Exist 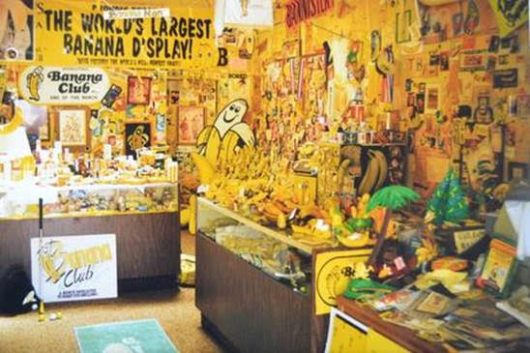 A cursory visit to the International Banana Museum’s website assaults the senses like an episode of The Twilight Zone written during a fever dream. “Yes,” the site tells you, “We have bananas!” as if the casual visitor of internationalbananamuseum.com was worried the site would lack yellow, peel-able botanical berries.

Anyway, this is literally just a shack in California filled with 20,000 banana-related items. That’s it. They also sell banana treats, like ice cream, and shakes, and splits, and they make roughly 100 banana puns that, we regret to inform you, almost exclusively involve different uses of the word “aPEELing.”

Apparently this is a relatively popular destination for those attending Cochella, which actually helps explain how these guys stay afloat. We’re not exactly marketing masterminds, but if you asked us to think of the one demographic that would gravitate to a startlingly yellow room filled with a bunch of fruit toys, it would be a bunch of 20-somethings on MDMA who just spent $500 to go camping in a goddamn desert.

The puppet in this picture totally ate that kid, FYI.

So yes, this is a real place. And listen, we get it, there are some puppets out there that are museum-worthy. They’ve got a lot of Jim Henson stuff, and Jim Henson was a goddamn American hero. Still, an entire museum devoted entirely to the art of puppetry seems like a much worse idea when you consider the fact that, objectively, 95% of puppets are terrifying monsters designed to worm their way into your nightmares. Don’t believe us? Here’s a featured exhibit they were advertising while we researched this article. 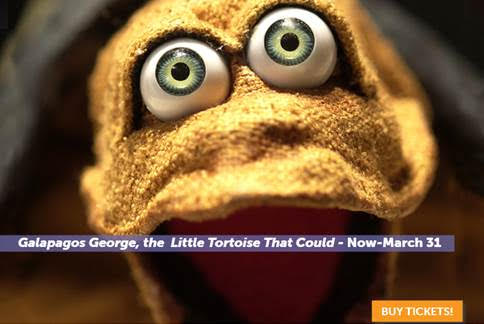 Jesus Christ kill it with fire! And you have to buy a ticket to see that fucker! It costs $20! For a child’s ticket! You know, we were trying to figure out why this museum is located in Georgia of all places, but then we realized that in every other state, paying $20 and forcing your child to stare into those dead, haunted eyes counts as child abuse. 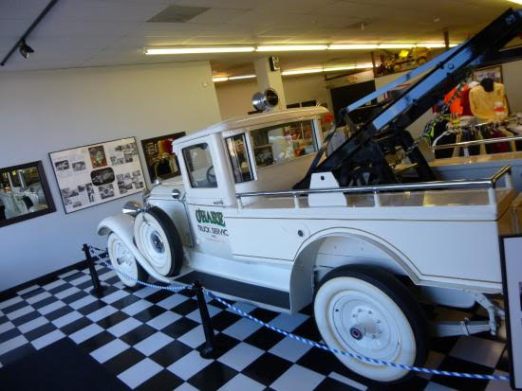 You know how some kids have a phase when they’re like three or four where they get really into firetrucks or trains, just, super randomly? That’s the only audience we can really picture for an entire museum devoted entirely to tow trucks and the art of towing.

Basically, it’s a building with a bunch of old towing trucks, which sounds like it would be kind of interesting for about fifteen seconds before we start to get annoyed that we paid $10 to get in and they don’t even have a bar. We know there are basically no museums that actually do have a bar, we’re just pointing out that almost every museum would be about five times more bearable if you just included alcohol in the proceedings.

From what we’ve seen about this museum, the biggest part of it has less to do with the museum, and more to do with their role in naming and honoring the inductees to the International Towing & Recovery Hall of Fame, which you have now just learned is a thing that exists.

We’re wary about making jokes here, because the site also talks about a “Survivors fund” so we suspect that if we were like “haha wait so like, how does one become a hall of fame tow truck driver?” someone would end up bringing up something about 9/11 and making us look like assholes. So let’s just say, this museum seems boring, let’s go to a different spot that seems verifiably insane. 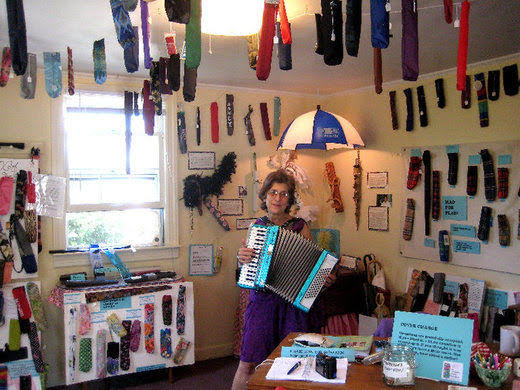 So remember that hoarder vs. museum curator comparison from earlier that was about 50% of the way to a good joke, at which point our writers got drunk and moved on to the rest of the article? Yeah, here’s a prime example of that. Do you want to see a house filled with umbrella covers?

Of course not, but apparently you’re going to go for some reason. The origin story at least renders the creator of this Peaks Island, Maine destination “quirky” and not “someone who might consider voluntary institutionalization.” Founder Nancy 3. Hoffman (as much as we want that to be the case, the 3. is not a typo) lists her mission statement as being “dedicated to the appreciation of the mundane in everything in life. It is about finding wonder and beauty in the simplest of things, and about knowing that there is always a story behind the cover.”

It began when Nancy 3. noticed she had a handful of umbrella covers lying around. So naturally she stole another one from a department store, and decided to start a museum. Okay between the “using a number as a middle name” and the “starting a museum via shoplifting”, we’re actually leaning back towards “oh shit this woman is insane.” Strolling through this gallery of weirdness, you will encounter umbrella covers from 44 countries, because, sure, and Nancy 3. herself will grab an accordion and sing “Let a Smile Be your Umbrella” to you.

We just spent fifteen minutes trying to think of a joke about this whole thing, but we got nothing. This is just genuinely weird. At least Nancy got a Guinness World Record out of the whole thing?

Which finally brings us to… 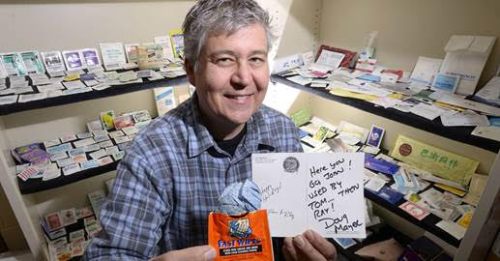 Honestly, how can something so sanitary sound so unclean? There’s something deeply upsetting about the existence of a moist towelette museum, though part of that might just be the mere existence of the word “moist.” By the way, if you click on the link to go to the actual website for this place, it looks like a serial killer manifesto.

It hasn’t been updated since 2013, but apparently it still exists out in East Lansing, Michigan, where  thousands of donated moist towelettes from all around the world reside in a room at the Abrams Planetarium. We’re sure you have a lot of questions. Like, “Why.” And, “But seriously, why?” And of course, let’s not forget the really burning question, “No but why in the name of God does this exist? Why? WHY WON’T YOU ANSWER ME!?”

We wish we had answers. We just know that all of them are (thankfully) unopened, except for, quite unsettlingly, a used one from a host of the radio show Car Talk. Which leads to a LOT more questions that we’re not going to touch. Instead we’re just going to get drunk and hope we can forget these unnecessary museums existed in the first place.