Eric Roberts Has More Hustle Than Any Actor in Hollywood

So here’s a story. The other day we were thinking about Eric Roberts. You know, the actor. Don’t ask us why. You’re gonna ask us why? We were drunk, okay? What that’s not enough explanation for you? Have you ever read our site? We once got drunk and decided it was a good idea to rate every fictional president in film history, and then this shit happened. We are not responsible adults here, okay?

Anyway, we went to Eric Robert’s IMDB page, because we may or may not be watching Sons of Anarchy and may or may not have wanted to write a joke about how shit Eric Robert’s haircut is before realizing that he’s not in that show at all, he just looks kiiiind of like Jeff Kober. Tell us we’re wrong.

Do you know what we found? Well, as you can tell by the title of this article, this dude hustles. Like, holy shit. Look at how many pending project he has on his IMDB page. We can’t even fit all of them in a screenshot, and that’s after we’ve zoomed our browser down enough that it’s blurred beyond recognition.

How do so many of these not have release dates?

So yeah. Apparently Eric Roberts, according to the internet (WHICH IS INFALLIBLE! ALL PENGUINS ARE GIRLS, THAT’S A FACT NOW) has FIVE HUNDRED AND SEVENTEEN CREDITS to his name. That’s insane. You know how insane that is? When we started writing this article, that number was on 504. Then when we finished writing this article it was 514. And between writing this and posting it, it jumped up three more. We wish that was a joke.

Now if you want to feel kind of disillusioned, here’s a fun fact. Again, if we go by what the internet says (APPARENTLY ALSO SPIDERS ARE AFRAID OF BULLSEYES, THAT’S A FACT NOW, SO SAYETH THE NET) that Eric Roberts is worth about $8 million, after a highly successful acting career and literally half a thousand roles.

That means each appearance he’s had behind the camera has been worth about $14,000. Which honestly? Is not bad money, but it’s not “award-nominated actor” money either. Not even close.

His sister, Julia Roberts (MAYBE YOU HAVE HEARD OF HER HMM) is worth about $140 million. Over 61 credits.

His daughter, Emma (who we confuse with Emily Rossum for some reason?) is worth $15 million. Which, lol. Do you think he’s a bit jealous of his daughter being worth twice as much as him, or is he mostly proud? Probably mostly proud, with a twinge of jealousy, right? That seems right?

Eric Roberts Has More Hustle Than Any Actor in Hollywood

Eric Roberts was born on April 18th, 1956, in Biloxi, Mississippi and at the age of 21 appeared in the soap opera Another World for his first official gig. By his own account he was “the world’s worst soap actor” and he was fired halfway through the season. But he apparently learned how to improve his acting pretty quick, since he was nominated for a Golden Globe the next year for King of the Gypsies, and he would eventually receive an Oscar nomination in 1985 for Runaway Train.

It being the 80s and all, he got really into cocaine, and eventually had to go to rehab. He met his wife, Eliza Roberts, who appeared as Brunella in the film Animal House, in 1986 and married her in 1992. Now, up until the 90s, his creative output was both prestigious and regularly paced. He was nominated for three Golden Globes, and from 1978 to 1990 he was in eleven films, three TV movies, and was in a single episode of the show American Playhouse. 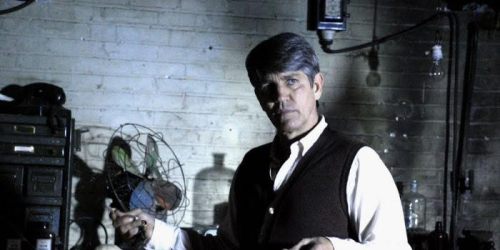 He started to do more and more roles in the 90s, going from four credits in 1993 to six credits in 1994 to thirteen credits in 1996, but it wasn’t until the 2000s that he really started to delve into the “prolific” territory. Part of that came from a general willingness to take any role, part of that came from a bit of “don’t want to be a has-been” desperation, but a lot also came from his appearance on Celebrity Rehab, where he tried to give up his addiction to weed (he long kicked the white stuff). Before that, he was getting work—in 2010 he had about thirteen credits. But in 2012, after his well-received Celebrity Rehab appearance, he was in twenty seven goddamn movies. And he had just kept hustling since then.

To get an idea of how much hustle Eric Roberts has, he’s on Twitter, where he has tweeted (as of the drafting of this article) 38,500 times. He has 44,600 followers He has tweeted about once per follower. Meanwhile, his sister (we’re going to compare him to Julia Roberts a lot here, but not to rub it in, mostly to point out that he seems to put a LOT more work into this Hollywood thing than she does) isn’t on twitter. But someone registered the @JuliaRoberts account and hasn’t tweeted even once (we’re guessing they’re trying to sell the domain?). It has 517,000 followers. 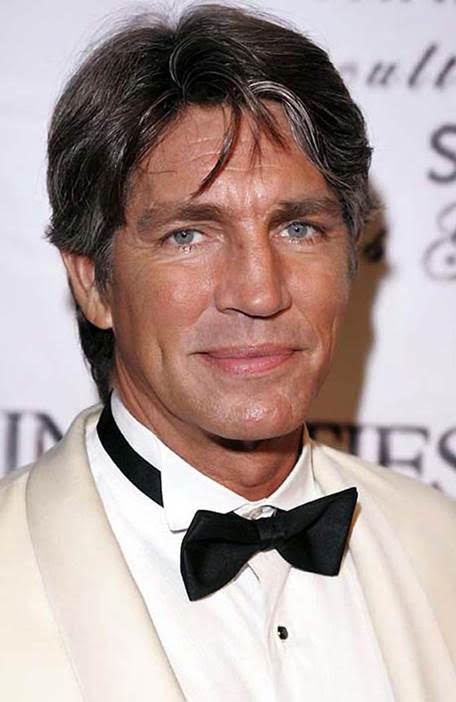 Anyway. Here’s a fun thing. Eric Roberts’ Rotten Tomatoes biography literally reads like Eric Roberts writing himself as the complicated but difficult protagonist of a novel where he’s Marie Sue-ing himself.

That is one helluva bio right there. IMDB adds, “A risky, no-holds-barred actor, he was often guilty of overacting if given half the chance.” Which, yeah, makes sense.

The best part about Eric Roberts is that he’s famous enough that you recognize his name and his appearance (though normally he’s known as “oh right, Julia Roberts brother”) but he’ll also do roles that you’d see on the IMDB page of, like, Martin Sheen’s desperate brother Joe Estevez.

Let’s pick a random year, shall we? In 2016, he played Uncle Nicky in the $500,000 budget “comedy” EuroClub as well as playing Uncle Nicky in the maybe-a-sequel-or-maybe-this-movie-is-listed-twice-on-IMDB-with-two-different-names film Euro Kings. He played “Mall Santa” in Santa’s Boot Camp (wut), and “Dr. Beck” in the Lifetime movie Stalked by My Doctor: the Return. He also managed to snag a guest spot on an episode of Brooklyn Nine-Nine, so he was doing some actual gigs in between playing the a Dean who commits suicide and then haunts a doll(!?) in Sorority Slaughterhouse.

This. This is voiced by Eric Roberts. Seriously.

He also somehow manages to get typecast, while not being typecast, because what does typecasting a guy with 517 credits even look like? Let’s take a look at some of the types of roles he has taken over the years.

1-      He has appeared as a Doctor in twenty six movies, short films, and tv shows. And that’s just assuming that he hasn’t played a character who was a doctor that just didn’t have “Dr.” in his name in the credits.

2-      Fittingly, he has also played a Senator four times. And oh God, he played a President in First Dog. Which we didn’t include in our Fictional President rankings! This article just gave us so much work to do!

3-      He has played a Governor twice, but one of those was in the third and final (right? Please don’t tell us there’s another) The Human Centipede movie, so that almost negates his other Governor credit right there.

4-      He’s been a Detective six times, a Sergeant once, a General and a Major General once, a Captain 5 times, a Lieutenant twice and a Colonel once.

6-      He also played the integral role of “Taxi Driver” in the classic film…Assumed Killer. Starring Casper Van Dien. In 2013. Lol.

All this might seem like we are making fun of an actor who clearly has had to take some, oh, let’s say mildly demeaning roles in search for his craft. Sure we’re punching upwards, but still dishing a lot of cheap shots (like, you try not laughing when you hear that Eric Roberts played the role of “Mr. Wagner” in the 2014 classic comedy[?] Chicks Dig Gay Guys).

But we’re not here to do that. Okay okay, well, first, one more, in 2013 he played “Duffy (voice)” which of course was the lead in a movie called, and we would never lie to you, a film called A Talking Cat!?! Punctuation very much not ours. Hahahaha oh God, we’re starting to think that Eric Robert’s agent is just an answering machine message that says, “Hi, you’ve reached Eric Roberts. I’m in. Please send the script over and I can be on set tomorrow.”

We would never lie to you

But that’s the beauty of Eric Roberts is that he’s a grinder. And he’s a perfectly capable actor. The man could get statues, but he’s out there chasing paper, and what’s more, he’s not above any project or any actor or any director.

If you cut him a check, he will give you the time of day, and honestly he’s likely going to chew scenery in a way that will remain the best thing to come out of your $300,000 budget movie financed by a writer/director/star who spends his days as the premier real estate broker in western Orange County.

Eric Roberts probably doesn’t need the work at this point, but he loves the work, and there’s something good and pure about being a millionaire who’s filming between twenty and fifty movies a year and still going, “You want me to play ‘Ben’ in Monster Lake? Eh, sure thing man.”

Eric Roberts is a man who battled addiction, decided to salvage his career by exaggerating his current vices on a D-List Celebrity Rehab realty program, and it worked, so he vowed to take each and every opportunity that came his way going forward. All while defying every Hollywood stereotype by keeping his marriage going for 26 years and counting.

So while we can, and will, point out all the hilarious D- and E-list roles he’s taken over the years, we can also salute him. After all, no one’s asking anyone in our staff to play Nathan Sands in Sharktopus. And now that we know Eric Roberts stole that role from us, we’re a little jealous of him now, truth be told. But still in awe.

Keep it up, Eric. You’re a true American inspiration.