“I’m going to do something British and greasy, because that’s apparently what America demanded in 2011.”

But we’ve only just scratched the surface. Because over the long, storied history of SNL, we’ve had hundreds of famous and relevant hosts, like Tom Hanks, Alec Baldwin, and Steve Martin. And we’ve also had a large handful of hosts that…well, are surprising. And not all of the weird hosts were in the 80s! A lot of them were hosts that we guess made sense at the time, but now warrant blank stares of “wait, they hosted SNL? Like, that famous show? Really?” Here are some of the hosts who hosted SNL at the apex of their cultural relevancy, right before they turned into obscure trivia question answers.

Man, remember Russell Brand? Like, really, Brand is probably the least surprising host in this series, but we just want to take a moment to point out how hard we tried to make Russell Brand a thing after Forgetting Sarah Marshall. Since he hosted back in 2011, we can only guess that Brand was promoting Arthur, a movie only about 5% of you remembered that featured Jennifer Garner and Helen Mirren, frankly, deserving better.

Anyway, he’s sort of disappeared off the face of the Earth since 2013, so we’re putting his hosting gig that admittedly featured an A++++ sketch on this list because the little voice asking, “Wait…Russel Brand hosted? Who’s that?” grows stronger every day. 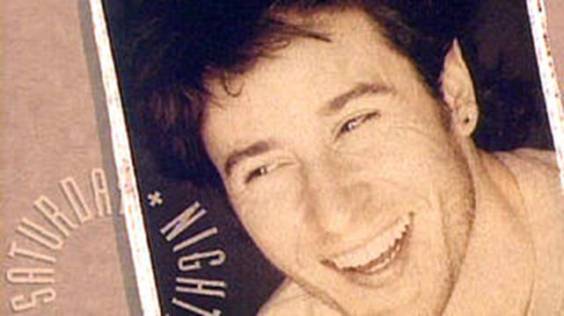 Bu…but why? Like, when was the last time you thought about Rob Morrow? Granted, this is probably our own fault, as we have a strict policy of “no one on staff is allowed to have watched the show Northern Exposure.” But this is the kind of hosting decision that led us to write this series in the first place. Sure, in 1992, Rob Murrow was, we guess, someone people thought about.

But 26 years later, most of us are like “we’re not 100% sure who Rob Morrow is, actually, but then again that’s because we also have a strict policy against watching the show Numb3rs.” Let’s put it this way—This episode featured Rob Morrow and Nirvana. One of those two things still exists today, but it’s not the one that still has universal name recognition to this day.

Interestingly enough, Rob Morrow was actually on SNL twice. He even mentions it in his monologue—literally the first role on his IMDB page was an appearance as a juror on a 1980 episode of Saturday Night Live, five years before his next gig. It would be a really impressive “see how far they’ve come” story if, like, again, Rob Morrow ever became more of a thing.

Now this happened recently enough (just 11 years ago) that many of you might even remember seeing it, but we had to include the now-disgraced newsman here because A—we tend to forget that there was a time where we really leaned hard into the “Funny Brian Williams” bandwagon and B—like, just because if heard this from him you might not necessarily believe him.  Now, his episode was pretty hilarious. But even at the time, the idea of giving a SNL hosting slot to a news anchor was a bit strange.

Though not half as strange as…

The early-to-mid-00s were a dark time, folks. Like, in 2004, Jessica Simpson and Nick Lachey were mostly famous because they were married, on TV, and dumb. Yes, we know they both had technically successful music careers, but that wasn’t gonna get them hosting on SNL. It was literally the “lol dumb and hot couple” factor. Guys. “Jessica Simpson thinks that Chicken of the Sea is made of chicken” was a joke that people made for a full fucking year. There was a sketch in this episode where Jessica Simpson played Paris Hilton in a sketch about Mad Cow Disease. 2004 was a fucking dumpster fire.

And speaking of Paris Hilton, well… 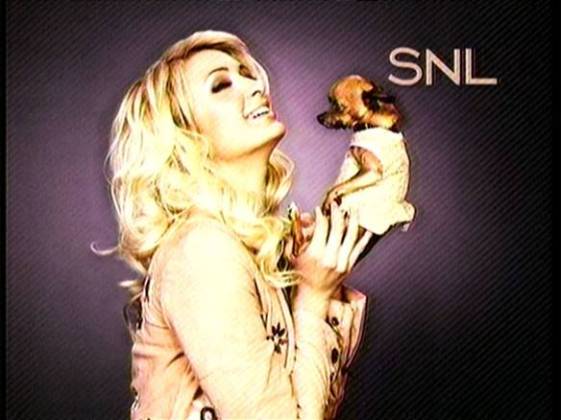 We’re not surprised with this one. Just disappointed. The majority of the monologue after Hilton starts with her catchphrase, “That’s hot,” (ugh) involves Paris Hilton’s dog, Tinkerbell, flirting with a chihuahua that belongs to Keenan Thompson’s building supervisor, and honestly, that’s probably the best we could have hoped for.

If you think that this episode managed to defy expectations, somehow coaxing out a strong comedic performance from the socialite, who tackled a broad array of challenging characters, fuck you, you know you don’t think that, and you’d be a fool to even hope it. She played, like, Barbie, and a hot girl getting hit on at a bar, and herself, and, what the fuck, wait, really, Melania Trump? What? This episode managed to make 2005 and 2018 look stupid at the same time, somehow.

It’s not that strange that Jon Heder hosted SNL during that brief period where we collectively huffed a bunch of paint and got really into Napoleon Dynamite but we just wanted to check in Jon Heder and see how he’s doing. Wow, he’s doing okay! Like, he’s getting work! Nothing you’ve seen, but work’s work. Good for you, Jon.

The only memorable thing to come out of this episode was the Taco Town sketch. For a second we got excited, because Ashlee Simpson was the guest, and the thought that Jon Heder had to be the host to pick up the pieces after that whole lip synch debacle is hilarious to us. But nope, that happened later, with Jude Law hosting. Which, yes, means that Ashlee Simpson was a musical guest on SNL multiple times.

Ultimately, Jon Heder hosting is the exact kind of host that you see once or twice a season. Someone riding a hot moment in pop culture that, years later, will make you furrow your brow and go, “Wait, who? And that person hosted SNL, you say? And people watched?” Like, good for Jon, keep it up with the gigs, but his hosting performance is one that’ll be lost to the sands of time eventually.

Man, as far as a publicity vehicle, Saturday Night Live is deeply weird. And we’re only going to get weirder. Stay tuned for our next entry, which basically is all about athletes who have hosted SNL. It’s going to be a shitshow.