“Don’t worry, I’m not looking forward to me hosting, either.”

For the past few weeks, we’ve been talking about Saturday Night Live, as you, our loyal readers who grace these pages to learn about people with silly names and weird burritos, have collectively wondered, “Why?” We…we don’t know. There’s a sort of historical significance to who hosts Saturday Night Live, we guess.

Each season’s rosters of hosts are a miniature time capsule of where America was as a culture in that given year. Sometimes that leads to hosts that were famous for like a hot second in the 00s, sometimes it leads to relevant-at-the-time sports figures, and sometimes the 1980s happen and we have to come to terms with that.

And sometimes they go with a specific type of famous figure that accounts for by far the strangest category of performer that SNL trots out with any regularity. The humble (hah) politician. SNL has a lot of politicians host, and it’s always weird and awkward. Which seems like a good enough reason to include them in our list of random SNL hosts. So here you go.

…Really?  Wait, really? The South Dakota senator who got his ass handed to him by Richard Nixon in the 1972 election hosted in 1984? McGovern’s episode came fresh off of his withdrawal from a 1984 Presidential bid, which isn’t the first time SNL has had a politician host the moment he stopped being politically relevant. McGovern at least addresses his basic triviality in his monologue. “Frankly I don’t have a lot of job options. I’m not running for President. I’m out of the Senate. I don’t even know Ed Meese.”

Listen, y’all, we’re not here to tell SNL to stay out of politics, but maybe politicians should stay out of SNL? McGovern’s monologue involves him going into the audience asking a bunch of old people in the first row (including his wife and, like, probably some old white politicians we don’t care about in 2018) for money because his campaign ended in a deficit. Does that sound like riveting television?

No it does not.

NBC has a full seven sketches from McGovern’s hosting stint online, in case you wanted to know what it would look like if your grandpa tried his hand at acting and like, listen, it’s just good he’s getting out of the house, you know? Though it’s almost worth it for the Jim Belushi asking, “Did you win [the 1972 presidential election]?” midway through this urban golfing sketch.

Rudy Giuliani hosting Saturday Night Live in 1997 isn’t overly surprising, but as time goes by it feels increasingly random. Now if the episode was post-9/11? We could maybe see it. Like, every once and a while SNL likes to do an episode that really leans into the whole “Live from New York” thing, so it doesn’t shock us that they went the Giuliani route, but it’s still one of those hosting choices that is deeply boring to everyone west of Trenton, New Jersey.

Admittedly, as far as politicians hosting SNL go, Giuliani did alright. His “Friggin’ Giuliani” showed that he’s willing to play ball, and he even played a woman in one sketch, but we kind of suspect he was the one who pitched that idea.  Still, it’d be like if Bill de Blasio was brought in to host in 2018. And, let us be very clear, we are very much not suggesting that Bill de Blasio should host SNL. He fully should not do that. 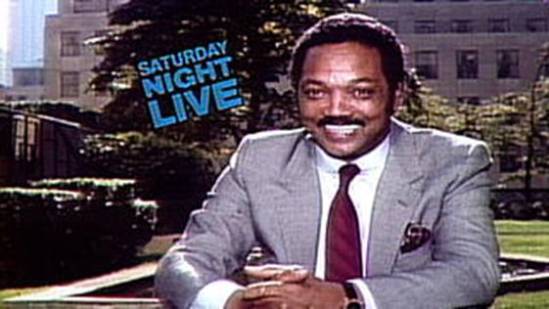 Jesse Jackson hosted SNL in 1984, during that perfect storm where Jackson was at his most relevant and famous (he was coming off his first run for the Democratic Party’s Presidential nomination) and when SNL was at its most desperate (SNL was an actual, literal trash fire from 1980-1987).

So as far as politicians hosting SNL go, Jackson was not a bad choice. But that doesn’t make the decision seem any less random 30 years removed from the actual event. When we were told that his monologue featured a mid-1980s racial joke about them swapping out the production crew with black stage managers, we were understandably concerned, but his monologue is actually mostly fine. It helps that of just about all the politicians who have hosted SNL, Jackson is by far the most polished speaker. 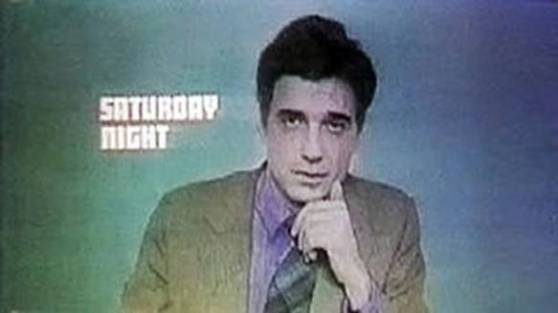 Oh that surly was a treat.

He hosted in 1977 during the show’s second season, and the cold open involves him wearing a silly cowboy suit and talking about rat excrement in hot dogs. In a very meta move, Nader appeared again on the show in a 2000 episode hosted by Rob Lowe that involves the West Wing star wondering, “Who is this guy? Should I know him? Lorne knows him, so that means he used to be famous. Wait a minute, was he in St. Elmo’s Fire?”

If anything, Nader hosted in the perfect year for him to host. It honestly didn’t matter who hosted during the 70s, since the rest of the cast was so good at what they did that they could make anyone (kind of) funny. But it’s still weird to see like, Dan Aykroyd excitedly exclaim, “He’s the busiest man in the world, it doesn’t matter, he’s Ralph Nader, it’s such a coup getting him on the show!”

Oh man, what? So audiences had to somehow navigate past the hellscape of the 80, and just when they think they’re safe from Presidential primary drop-outs hosting the show, all of a sudden, BAM. It’s 1996 and Steve Forbes (like, the rich magazine guy) is hosting with fucking RAGE AGAINST THE MACHINE as the musical guest. What!?

Like, what…how? We know he ran for President in the Republican Primary, but so did Ben Carson, and no one was out there saying “here’s a rich guy with little-to-no personality who won’t win his party’s primary, let’s give him a gig on Saturday Night Live.” Come on, just look at this goober. His opening monologue is about the flat tax, Jesus Christ.

Apparently Rage Against the Machine decided to hang an American flag upside down as their way of protesting the host and got kicked out the fucking building and banned from subsequent appearances on Saturday Night Live, which honestly is a much less volatile outcome than we’d have expected from this pairing. Like, on a scale of “Steve Forbes and RATM sharing tea together” to “RIP Steve Forbes, his tombstone will read ‘well what did he think would fucking happen’” having Rage Against the Machine banned for life due to their use of an American flag as a prop has to be a solid 3.

Seriously, Too Many Politicians Have Hosted SNL

Julian Bond, the chairman of the NAACP from 1998 to 2010, hosted in 1977 when he was a Civil Rights activist and a member of the Georgia senate, but trying to explain why SNL in the 1970s did anything they did is like explaining why comedy writers taking coke after a night of binge drinking sort of gets them back to normal but sort of doesn’t.

Ed Koch hosted in 1982, but again, things were so bleak in the 1980s they’d probably have let the city Comptroller host if he asked nicely. Al Sharpton hosted in 2003, which, like, fucking sure. 2000-2005 was almost as bad as the 80s with who they decided to put up there. Speaking of 2000-2005, John McCain hosted in 2002, and we weren’t even that mad about it because it gave us John McCain as a creepy goatee husband in a fake Lifetime movie, and it’s literally the best thing. Donald Trump once did a Hotline Bling spoof. We don’t want to talk about it. Please stop putting politicians on this show.

And with that, we’ve only got one more list of performers left. And that’s going to have us end where the show began—the wild, trippy 70s.