“Oh…oh no.  It’s another Russia-bordering country.  This is going to be so sad.” 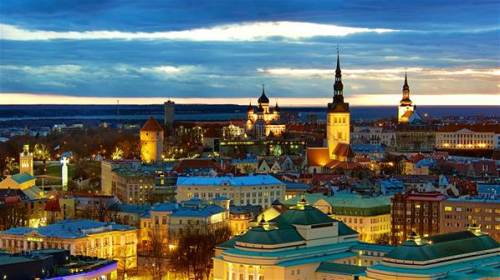 We know America does food better than any other country, primarily because when other countries make good things, we just steal it ourselves and make it bigger and better. We didn’t invent pizza, but have you had pizza in Italy? Our staff has.  t’s, like, fine. America does it much better, with a few notable exceptions.  Now, there are other countries that have great food as well (Italy’s still got us beat in the pasta game , for example).

And there are countries that have bad food.  But we don’t care about any of those countries. No, we take interest in countries whose food is not just generally bad, but wholeheartedly depressing in ways that cling to your soul.  We don’t know what caused our fascination with nations whose recipe books come pre-streaked with tears, but we’re not going to stop now.

Our latest nation with food that makes us so, so sad? The small Russia-adjacent nation of Estonia.  Strap in, this is going to be a doozy. 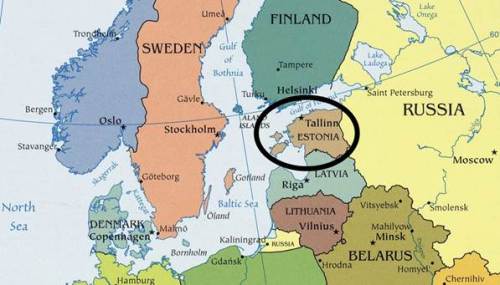 Estonia, the 132nd largest country in the world, has a population of about 1.3 million people, giving it a population density that’s about on par with Latvia, its neighbor to the south that also has national dishes that are named after the sound a dying woman makes as she sobs. Which is honestly surprising, considering that apart from the constant looming threat of Russian invasion, Estonia has their shit together.

They’re also the fastest growing economy in the European Union, despite being the smallest member nation, and they’ve been holding elections over the Internet since 2005 and so far haven’t fucked that up.  All of these speak to a vibrant, successful culture.

One that makes very sad food dishes. It’s not their fault, when you border Russia you’re almost guaranteed to catch some of their general “food is just fuel to help you survive the cold winter” culinary traditions through basic osmosis.

Here are some dishes that take the phrase “just like mom used to make it” and add “before the sadness crushed her to dust, like her mother, and her mother before her” to the end of it.

“There might be bones that you have to eat around.”

“It also might taste a little fishier than you would expect.”

Listen, eel is already the saddest fish to eat.  Yes, we know you love your umami rolls, but historically, eel is the kind of fish people eat when they can’t catch anything else. Hell, even looking at an eel, it’s just a sad fish with no fins.

Now, taking that and turning it into a cold, bony, fishy dish? That’s about the most depressing you can get with that particular ingredient without resorting to English-style culinary warfare. 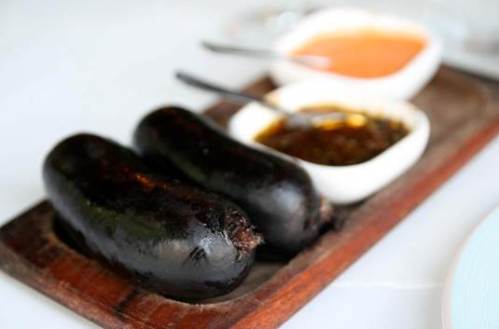 Even if you like blood sausage, which, gross, you know that the origin of that dish almost always came from a place of “we don’t know when we will get an animal to eat again, we must eat everything.  Yes even the blood.” In Estonia, they serve it with lingonberry jam ‘cause, um, they’re near Sweden we guess?

We’re not sure why, but somehow the addition to the slightly sour jam to the sausages just makes it more terrifying to use. Like, yes, you drizzle coagulated blood into an intestine and go, “alright, everyone, time for Christmas” (oh yeah, we forgot, this is a big Christmas Eve dish), but you decided, “wait, no, we can’t just eat this on its own. That’s gross.  Let’s serve it with some jam, that should fix it.” Now’s a good time to mention that blood is used other dishes in traditional Estonian cuisine.  Like dumplings.  And pancakes.  And bread. 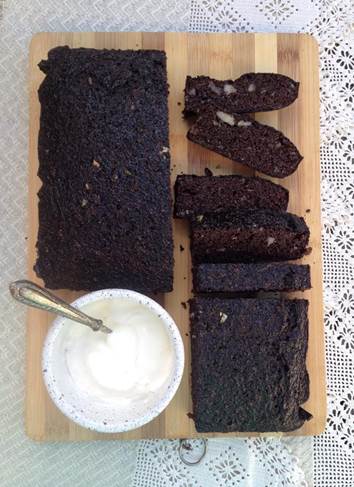 Okay, so we’re going to talk about Estonia and rye bread later on in this article, because they are obsessed with the stuff, but this is legitimately upsetting. Apparently, some Estonians like their bread the way a very specific type of serial killer likes their women—full of blood, and smelling of onion.

If that metaphor doesn’t track for you, consider that a good thing, because if it actually makes sense to you, you’re probably on a watch list.  The point being, verileib is a rye bread that’s baked with bacon (good!) onion (um…for bread? I mean sure but…) and copious amounts of blood (are you sure this is an actual Estonian dish and not something from fucking Sweeney Todd?)

So yeah.  Bacony-oniony-blood bread. And like, it’s a lot of blood. Blood literally replaces water in these recipes, which feels like a sentence that would come from a cookbook written by Jigsaw, which we honestly can’t 100% refute. 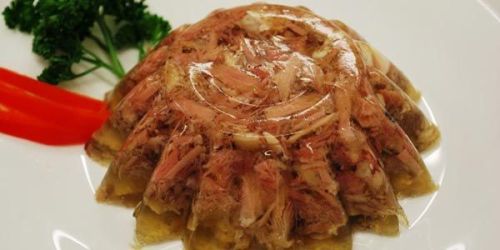 They say it’s headcheese, but it’s even grosser than that. Sült is basically jellied pig bits set in a mold. It’s technically an aspic, which is a dish with ingredients set in gelatin, which is a dish that people stopped serving in 1953 after they realized it was depressing, gross, and World War II was over so there was no need to go so over the top with rationing.  Just look at that, imagine it being your dinner, and try not to cry.

Oh, that’s not depressing enough for you? How about we go with the variations that decide to use baby cows instead.  Goddamn, Estonia, you guys are fucking nuts.

Okay we’re starting to become convinced that whoever introduced the concept of food to Estonia was just a straight up psychopath. So far we’ve had blood sausage, blood bread, and a dish that answers the question, “What happens if I take a bunch of hunks of a pig’s face and set it in some jello, also am I allowed to wave my right to an attorney and defend myself on these murder charges?”

And here we have a basic Estonian recipe that’s just…softened pig ears, and sauerkraut.  There’s not much more than that. To make it even more depressing to contemplate, the recipe calls for the pig ears to be soaked in water for a full day before being cooked in boiling salt water. Yup, not only are you crunching on fermented cabbage and pig cartilage, but you have to wait a whole day for it to be ready.  Jesus.

And that takes us to our final entry, which doesn’t seem depressing at all…until you dig below the surface, where you’ll find…

Now, on its own, there’s nothing wrong with rye bread. It’s a flavorful bread type, and its work with the Rueben is unparalleled, but Estonia…takes things a bit far.

We’ll just quote Wikipedia here, since the entry for Estonian cuisine has managed to distill the very concept of sadness to three single sentences.  “Instead of wishing ‘bon appetit’, Estonians are prone to say jätku leiba (‘may your bread last’)…Estonia has not been a land of plenty.  If a piece of bread was dropped on the floor, it was good form to pick it up, kiss it to show respect, and eat it.”

Just think about that.

They kiss the bread when they drop it. They. Kiss. The. Bread.

We don’t know who to blame for this, but it’s probably the Russians.

This entry was posted in America Fun Fact of the Day, Insulting Foreigners, Strange Foods, The Rest of Them and tagged America, Blood Bread, blood sausage, Estonia, Russia, The World’s Saddest Cuisines. Bookmark the permalink.