~The National Anthem of the United States

The Star-Spangled Banner is, as the kids say, a jam. Our national anthem since 1931, it’s pretty much the one song that you can get punched in the face for disparaging other than Drunk in Love in this country.

But if you really take a step back and look at it objectively, for a song that we hold such deep reverence for, it’s pretty surprising that it’s even a song we know in the first place. We literally took a popular British drinking song that we’d been changing the lyrics to, parody style, for years (basically an Olde-Timey version of “Call You Maybe”) and stuck in a poem about a time a bunch of British people attacked a fort during the War of 1812, and were like, yeah this seems patriotic, let’s turn it into our National Anthem in like, 120 years.

But it works! And that’s the thing with National Anthems, so long as they swell and you can get a good low angle shot of an Olympic Athlete’s eyes getting a bit misty hearing it, no one really reads that much into what they say.

Who among you actually knows what a rampart is? Like, who can describe a rampart without having to use Wikipedia, right now? Okay, sure, you just got it, but not all of us aced our SAT Verbal Exams, asshole. 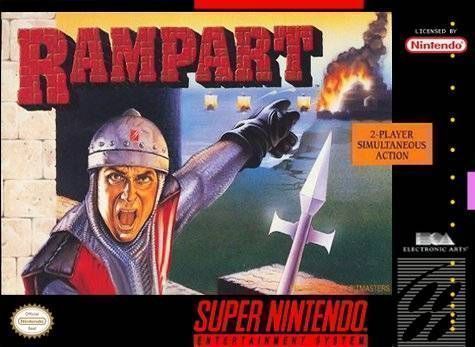 We’re still only like 40% sure what a rampart is, though.

From the war the only one that gets away

Is that one that is born as a traitor

Who is a man is not scared

Dies, dies as a martyr

We will keep the arms in our hands

To protect our homeland in anywhere

Here the enemies don’t have a place

The Lord Himself has said

That Nations vanish from the earth

But Albania will live

For her, for her we fight for

Holy hell, Albania is metal as fuck. There’s a lot to unpack here. First of all, Albania is like, “Hey man, listen, if you live here, and there’s a war, you’re only going to make it out alive if you’re some sort of goddamn coward. See, the rest of us Albanians? We’re gonna die as a martyr, and we ain’t even scurred. Oh, and by the way, when God is done with countries, all y’all bitches are going down, except for us.”

For those keeping score at home, this national anthem claims A: only cowards survive wars, B: everyone who tries to invade us are going to get fucked, badly, by us and C: Albania is the only country in the world that is Apocalypse-Proof. Combine that with their fucking Dragon-head-looking flag, and Albania is one country we definitely do not want to fuck with. Respect, Albania, respect.

her sacrifices vindicated by freedom.

Dude, this is how this National Anthem starts. Coming out hot, right off the gates. That’s incredible. Eritrea is the 101st largest nation in the world, with a population of 6 million (107th) and a per capita GDP of $771 (we’re not going to look up that rank as it’s too depressing) but their National Anthem basically starts off with them staring the world in the face, spitting at their feet, and shouting, “Come at us, bro!” Eritrea is not going to take your shit. Eritrea will destroy you wailingly. Step. Off.

Thousands of lives were sacrificed,

Your chest was an arena for battles!

Soldiers gave their life for you!

All of them became heroes!

Honestly, Azerbaijan really lays it heavily with the “Check out all the war we’ve done for you” approach to things. Not only do we have this verse, the anthem also finds them tossing out lines like, “We are all together strong to sacrifice our blood for you!” and, “Every moment of our life can be sacrificed for you!” This is less a hardcore metal National Anthem and more like the theme song of a suicide cult. But hey, they’ve got moxie, we’ll give them that. 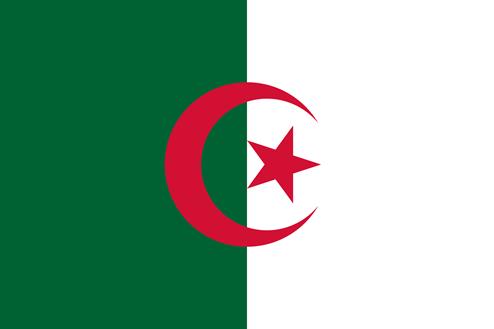 We swear by the lightning that destroys,

By the virtuous and fragrant blood,

By the shining, fluttering banners,

In the steep and majestic mountains,

That we have risen to revolution in life or death

and we have resolved that Algeria shall live

We are soldiers in the name of righteousness have revolted

And for our independence to war have risen.

Had we not spoken up none would have listened

So we have taken the drum of gunpowder as our rhythm

And the sound of machine guns as our melody,

and we have resolved that Algeria shall live –

O France, the time of reproach has passed

O France, the day of reckoning is at hand

So prepare to receive from us our answer!

In our revolution is the end of empty talk;

and we have resolved that Algeria shall live –

We posted almost the whole damn thing here, because we really wanted to let this sink in for you. This anthem mentions blood two times (it also gets a shout out in the closing paragraph, naturally) and then devotes an entire verse calling France a bitch. Now, for those of you that don’t understand how to pick things up from context, obviously Algeria, an African nation with a population of about 40 million, used to be a French colony until they won their independence in 1962.

Not surprisingly, France was not chill about the whole situation. The Algerian War lasted 7 years, resulted in losses of about 150,000 for Algeria and 25,000 for France, and had all sorts of fun tactics being used by both sides, such as guerilla warfare and torture.

So a year after France finally said, “Okay, okay, fine, stop being a French colony, we didn’t even like you that much in the first place,” Algeria adopted Kassaman as their National Anthem. Now, this Anthem does have a bit of history, but it is so intensely metal you’re going to want to sit down first before we go on

So, the lyrics were written by Mufdi Zakariah in 1956 from jail after being imprisoned by French colonial forces. As far as Anthem writing goes, “in a jail cell” is a pretty boss way to go. But it gets even more badass. He wrote it on the walls of his prison cell using his own blood. THIS SONG WAS LITERALLY WRITTEN IN BLOOD. This is now, officially, the most metal song in existence.

It also goes hand-in-hand with this Algerian emblem which totally looks like Algeria’s trying to flip the bird to France.

Well, we can’t really top that today, so stay tuned for the next in our National Anthem series next week, where we find even more metal lyrics, most of which unfortunately do not spend their time calling France out to their faces.