In December of 1953, a 27-year-old by the name of Hugh Hefner got the bright idea that a bunch of people might pay money to see Marilyn Monroe naked.  Apparently back in those days either there was no such thing as “the internet” or it was illegal to put google images on any setting other than safe search, but this turned into a lucrative career for the young editor, who would go on to bang more beautiful women in his 80s than you will in your entire oh no, hey easy there big fella, stop crying, we know it doesn’t seem fair, calm down.  Yeesh.  That got weird.  You got weird, we’re just gonna say it right there.  You got weird there, reader.

Anyway, while today most Americans view Playboy as, at best, a glorious beacon of American boobage, or at worst, a slightly tame titty rag, it was revolutionary for the time.

And apparently the writers of the 1950’s AFFotD predecessor, The Informative American, hated anything revolutionary.  Or they greatly abhorred the female figure.  Actually, considering their writings about homosexuality, it’s probably the latter.  Well, brace yourself for what’s sure to be awkward as we once again reach into our archives to bring you… 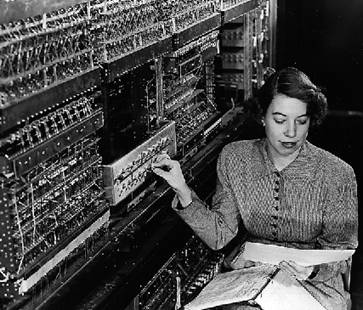 You there, erotic Americans.  What do you think of that fair woman in the picture above?  You appreciate the fact that she chooses to hide her signs of feminine form, letting our mind wander as we gaze longingly at the strong, broad, manly shoulders that do not betray a hint of the dangly unwieldy human breast.  Why if you concentrated very hard on the nearest skyscraper, letting your imagination take over, while in the presence of this photograph, you could possibly even find your manhood strengthening under its own mirth once your lips tremblingly whisper, “Pedro.”  Who’s Pedro?  Certainly not the most recent landscaper you hired, ha ha!  Female genitalia in no way reminds you of half a walnut that lost its way!  Where would you get such an absurd notion!?

Photo added by 2012 AFFotD Editors, with submitted caption “WAIT HOW WHAT!?”

Unfortunately, a young enterprising pervert has decided that his America must be filled with obscene images of women thrusting their mammaries out of their brassieres, why it’s enough to make a true blooded American vomit and suppress the urge to scream at his wife, “WHY ARE YOU REMOVING CLOTHING, I SAID PUT ON THIS FOOTBALL HELMET AND CALL ME CAPTAIN!”

Yes, this hedonistic magazine editor wants us to spend our leisure hours reading through gossipy articles and staring at the naked visages of God’s least muscly creature, the human woman. 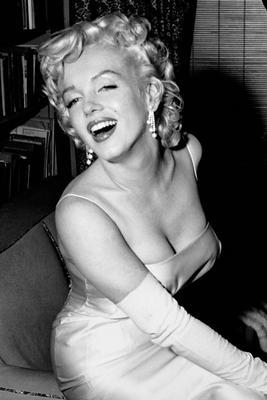 Look at her!  She probably doesn’t even have the strength to give you a piggyback ride while you giggle “Stop it Pedro, put me down, tee hee!”

If we wanted a magazine to show us the human form, why would we want to stare at this smut from a gender whose arms are notoriously weak and, no matter how much they try, always leave you saying, “Stop it Joan, I cringe at your touch,” before adjourning to your separate twin beds located on opposite ends of the house.

We at The Informative American question what audience this magazine will attract to our fair nation?  We all know that the only people who make an effort to view the naked female form are homosexual painters and Frenchman.  Most red blooded Americans only allow women to wear swimsuits on the beach because it forces them to disgustedly look away, occasionally in the general direction of that young lifeguard who seems to be applying some tanning lotion to his deceptively smooth chest, watching the biceps gently ripple with each circular motion and…wait, where were we again?

Oh yes.  Playboy Magazine!  Smut!  The female form is repellent to us and is the sole reason why men prefer to bathe in privately owned and operated men-only bath houses.

“So…when comes the part where we grease up and penetrate I mean wrestle each other?”

So fight back, Americans.  Do not endorse this obscene, smutty publication where you can’t even see one finely toned bicep!  If you ask us, we give this “Playboy Magazine” a year before it runs out of funds.  Maybe they’d have better luck if they replaced the women with muscly men, you know, pictures of them so we can see what we should strive for with our physique.  Just, as a guideline.  Yes.  Guideline.