Mummified Human Body Parts On Display Throughout The World

“You’re doing what with my what!?” 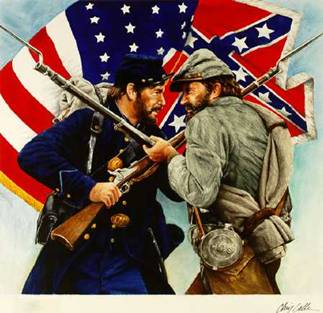 You know when you’re mowing your lawn and you stumble across something gross or unpleasant?  It can be pretty shocking, right?  Like, “Oh just mowing the lawn and HOLY SHIT THERE’S A DEAD BAT!”  That totally happened to one of our staff members.  He didn’t run it over, but he was tempted.

Anyway, no matter what you’ve ever accidentally stumbled across, be it dog shit or a DVD of Carrot Top: Rocks Las Vegas, you have nothing on a lone American farmer who discovered a severed arm after the battle of Antietam.  How do we know this happened?  Because unlike most sane individuals, this farmer decided to dunk the arm in brine, and it’s still around to this very day, having just been donated to a Civil War Museum.

Wait, what?  Well, time for us to launch into our newest segment…

Hey America, That’s Gross.  Stop It!:  The Severed Civil War Arm On Display At A Museum

Ha, oh right, uh, don’t read this article if you’re grossed out by mummy hands because TOO LATE THERE’S A MUMMY HAND!  The story of this hand is short, and easy to explain, but the fact that this is something deemed museum worthy does give us pause, because that’s gross, America.

The story is as such:  several weeks after the battle of Antietam, a farmer was just going through his field when, boom, severed arm.  When he picked up what we can only assume was the worst smelling, most disgusting thing he had ever seen, he put it in a barrel of brine in a successful attempt to stop any of us from wanting to eat a pickle for the next few weeks at least.  The farmer than gave it to a physician, who used embalming fluid to more permanently preserve it.  Because, fuck, why not we guess.

“And when we’re done removing this leg, let us have it stuffed and mounted on my wall.”

From there, the arm eventually ended up in a nearby private museum of someone we can only guess is the most terrifying man in the Antietam area.  And now it’s in an actual civil war museum, where it’s supposed to teach us all about the past and the civil war in…ways we still can’t figure out.

So now we have to get to the meat and potatoes of the issue.  What the fuck, America?  We hate to be the ones to point fingers (sorry), but this really has us all up in arms (so sorry), and we need to address this with all hands on deck (that one didn’t even make sense in context, we are so so sorry).

The keeping of random body parts of long dead people is not really an American tradition, even if it belonged to an American fighting other Americans in the Civil War.  Here is a partial list that our hungover research staff came up with to illustrate how foreigners are the only ones who do gross things like display dead things.  Here are some examples.

It’s been a while since we looked up history about, ugh, non-American countries, but we’re pretty sure Italy was kind of a dick to Galileo.  He’s known as the father of modern science, but he was also the father of being kinda dicked over by Italy a lot.  So on one hand (seriously, we’re so sorry) it’s fitting that the part of Galileo that Italy decided to display was his middle finger.  But we have to point out (ugh, we hate ourselves) that how they got the finger is pretty messed up.  As Galileo was exhumed from his unconsecrated grave (again, because Italy was acting all a dick) and they just cut off his finger, because what the fuck?  Even as we’re desensitized in this digit-al (we don’t know how many times we can apologize but we know it’ll never be enough, we’re so so lonely) age, that seems pretty gruesome.  We’ve gotta hand it to you (what is wrong with us?  Is this why our father left us?) Italy, you really know how to fuck with one of the great scientific minds of history. 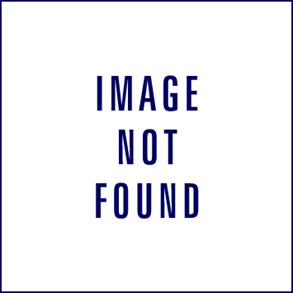 Oh thank God for that.

If you were feeling peckish (Fucking really?  We’re still doing this?) this might take away your appetite.  Somewhere out there lies Napoleon’s penis, poorly preserved and now resembling a “maltreated strip of buckskin shoelace.”  In the ultimate dick move (WHY!?  WHY ARE WE DOING THIS!?), Napoleon’s doctor supposed cut off the little guy during his autopsy, bringing a new meaning to the term “Private practice” (We’re so angry at ourselves right now, we’re literally shaking).  Anyway, it was sent around and put in display until it was purchased in 1977 by a cocksure (please, someone, stop us, stop us for the love of God) urologist from New Jersey.  Penis penis ballsack.  (ugh)

King Henry VIII created his own goddamn church so he could divorce his wife and shack up with Anne Boleyn, so it seems rather cold blooded (We give up.  We’re just, we’re so tired.  Just let it happen) that after he had her executed for high treason (of the “maybe boning other dudes” order) the normally sanguine (…SAT words have no place in puns, right?) king had his queen beheaded, and ripped out her heart for good measure.  Many would call this “literally, overkill,” it did have the unintended benefit of being a perfect blunt metaphor for angsty high school poetry while also putting all of your worst breakups into perspective.

At this point we could talk about all of the various “relics” throughout Catholic churches in Europe, which are basically bits of bones and random body parts, but we’re pretty sure if we make one more pun one of us is going to snap and set the office on fire.  So we’re just going to end this by saying…America, you don’t need to display that arm.  It’s gross.  Super gross.