“But I don’t have to look at any nipples when I’m doing it, right?” 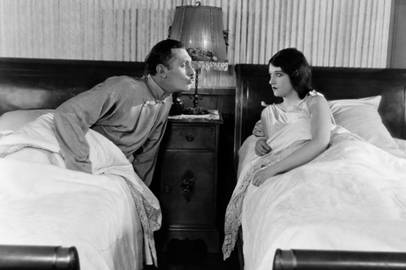 While going through our daily, cough, research, we stumbled across this particular image from a 1950’s adventure magazine.  For those of you who said “clicking links is for pansies, I only ended up on this page because I waited too long to click ‘save-as’ from the google images preview page,” we’ll do you the service of explaining the magazine for you.

Yes the image if a man swimming in a sea filled with red snakes, but, there is an additional headline informing men of the 1950’s, “Sex can be FUN!”  Now, our staff usually does not discuss sexual conquest or prowess (laaaadies) because these represent moments of personal intimacy that are best left unspoken by distinguished gentlemen.  Or in our case, we get too drunk afterwards to actually write about it, and by the time we wake up we’ve probably forgotten the most relevant details (position, duration, gender, etc).  But, in spite of everything, we at AFFotD can take a pretty firm stance and say, if you have to read an article to assure you that “Sex can be fun,” you’re doing it wrong.

And apparently we’d be right, because as we were going through the archives of our 1950’s newsletters, we discovered that our predecessors had actually found the exact same article.  And, we say this a little less than proudly, they apparently were doing it wrong back then.

Uh.  That’s all the explanation we really have the stomach to describe right now.  Here, uh, is not one of our finer moments.  We’ll just show you the original article. 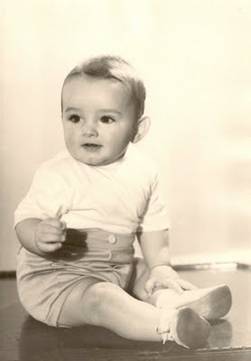 Greetings Moral-ericans (Moral Americans).  The Informative Americans are here to help guide you through this terrifying world that we are currently finding ourselves marred in.  Pages of men’s adventure magazines used to show us how to fight snakes and trap bears with our teeth and a bottle of whiskey.  Yet increasingly, more of their pages are devoted to informing you that you can “enjoy” sexual intercourse, or one particularly egregious example that dares infer that foreigners are better suited to be wives of Americans!  For shame!

Do not let these publications brainwash you, iron-enriched Americans!  We all know that the standard American sexual encounter typically consists of two violent pelvic thrusts, 30 minutes of sobbing, and the conception of a male child.  If sex were meant to be enjoyable, why would women have “curves” and “breasts” and be frustratingly unable to develop the rugged physique of the Henderson’s healthy, strapping son with the wispy blond hair who just joined the crew team at Middlebury?  The womb is a foreign environment, like the cold vacuum of space or one of those theaters where they project films made in Italy- the longer your member is exposed, the more likely you are to contract frostbite, or perhaps develop the facial features of a Frenchman. 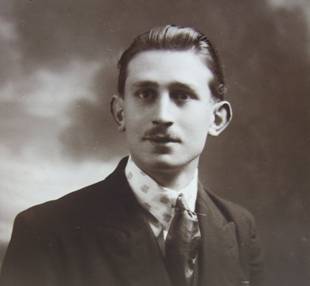 He once had a chiseled jaw and a shrapnel scar on his cheek from WW2.  And then he said he read something about “tantric sex” and NOW look at the poor bastard.

So you are no doubt asking yourselves, “Informative American, thank you for clearing my conscience by insinuating that these magazines that insist I can enjoy sexual activity are actually published by Communist agents,” to which we say, damn you to hell, reader, you absolutely covered our second point far more succinctly than we would have ourselves.  However, you might go on to ask, “So why even have sexual relations when I can achieve climax simply by telling my youngest son that he’ll never be as successful as his older brothers?” 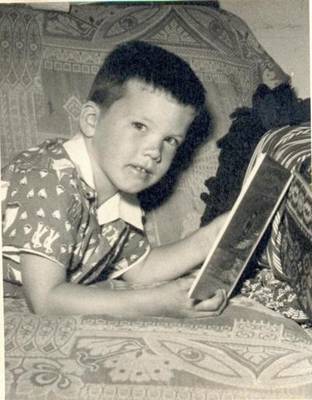 “Don’t look at me like that, you little shit, when Daniel was your age he was already stealing toiletries from that convenience store opened by those shifty Arabs.”

Honestly, this fetishizing of “sex” by implying it is “enjoyable” isn’t too much of a concern, as most Americans have been informed by their doctors that they simply have not had enough butter of cigarettes for their hearts to be deemed “healthy” for the slippery-yet-sharp act of marital coitus.  But for the remainder of you who are healthy enough to partake in what poets call the horizontal “ouch-ouch-stop-stop-you’re on my arm OUCH GODDAMN IT I SAID NO MORE”, you are right to wonder why it’s worth it.  And there is really one truly acceptable answer. 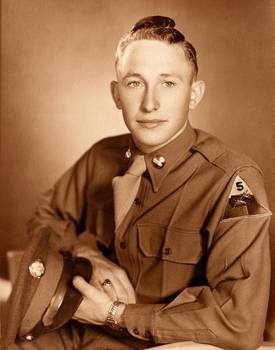 Yes, we create children so as to arm our future wars (and pass on our legacy or whatever).  If it weren’t for this necessity, American men would feel no need to ever marry, instead opting to spending their time at the beach surrounded by equally unattached shirtless, tanned men.  Just…just watching.  Those strong arms look so inviting, don’t they?

Sorry, we were saying?  Ah yes, arming the youth of today for the wars of tomorrow.  Yes.

Yes…  Well with that, we shall be leaving for just a few hours.  If the wife asks where we are, tell her that we’re going to visit the latest bath house that opened up in the neighborhood for a nice, healthy steam, won’t you?