“Dogs make the most loyal of pets and the most ruthless killers of Nazis.” 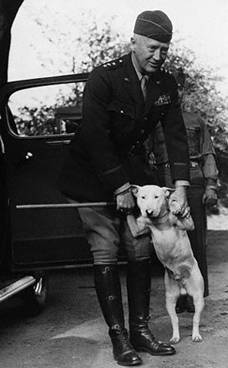 Easy question time- what is man’s best friend?  If you answered “The darkness” then get the fuck out of here Rembrant, how the hell did you get out of your restraints?  If you answered “My cat can spell out words using spaghetti-o’s” then we’ve been meaning to tell you, local ordinances says you’re not allowed to have 15 cats in your apartment.  You’re not.  What the hell would you do with 15 cats unless you were forming an army to fight laser beams and pieces of yarn?  Guys, come on, the answer is dog.  That’s rookie.  It’s written on a plaque on the moon and everything [citation needed].

Okay, so we’re going to be honest here.  You’ve probably heard about how Wikipedia has gone dark to protest SOPA/PIPA.  And yes, that’s sort of harshing our buzz a little.  We’re not saying that we get our information almost exclusively from Wikipedia or anything, but…well it’s the best tool available for a drunk crew of writers.  But we do stand opposed to SOPA, so we’re not going to let us down, especially when we have an important topic to talk about.  So we’re going to tell you about the most American pet in existence, and if there’s any information we’d normally rely on Wikipedia to get, we’ll just fill in the gaps with what we assume has to be factual and give you one of those nifty “[citation needed]” doohickeys.

Dogs.  Known in Latin as “Canineus Awesomesauce” [citation needed], dogs are the only animal that legally is allowed to hold public office [citation needed].  So sit back and wait for your specifically trained doggie butler to fetch you a goddamn scotch and soda (on the ROCKS this time, goddamn it) as we wax poetic about… 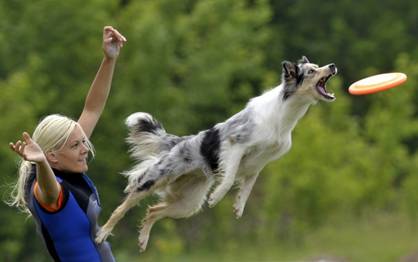 While an adult human has over 17 bones in their body [citation needed] the household dog has anywhere between 300 and 4,000 bones [citation needed].  This is because dogs originally were the first sentient Transformers to appear on Earth, before they were domesticated and slowly evolved into far more awesome creatures.  Fur was added for huggability.

Every time a dog barks, a distillery finishes sealing off a fresh bottle of whiskey.  Dogs are responsible for more foiled robberies than gun owners and Macaulay Culkin combined.  The only reason why Soviets shot dogs up into space was to remind us Americans why we were fighting the Cold War against them.  Dogs invented the internet but oppose SOPA (God, it’s hard to write these without Wikipedia).  Pictures of puppies have been documented to cure diphtheria.  Seriously, look down at your feet.  You see that vial?  That’s diphtheria.  Inject yourself with it.  Don’t worry, because here come the puppies. 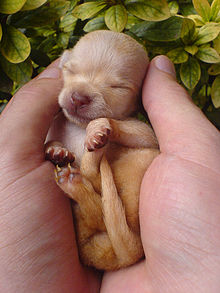 Pictured above: the second best cure available to modern science, next to Morphine

The first domesticated dog was brought over smuggled in the crate containing George Washington’s powdered wig [citation needed] where it promptly bit a British officer in the leg, since it is a scientific fact that dogs hate British people almost as much as cats, and we’ve seen enough episodes of CatDog to know the hidden depths of the dislike that dogs have for cats. 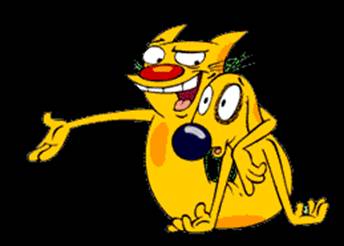 Don’t let the chummy pose fool you, the dog is planning heinous acts of revenge.

Dogs are the only animal that can beat a parrot in a game of chess, and if that sounds underwhelming, we have to point out that every parrot in the world was born with a small piece of Albert Einstein’s soul trapped inside of them [citation needed].  You might not be aware of this, but Einstein’s secret sins were so heinous this was the only way he could be properly punished.  This is why most parrots can build a vocabulary of human words, and are constantly hitting on white women.

Yes, American dogs (ha, as if there were any other kinds) are one of the things that keeps this country so strong and content.  The best kinds of Americans have had a dog influence their life in one way or the other, and we’re not even going to get started on the badassery of Lassie.  And every one of these Americans has had a dog make a positive and profound effect on their lives.  And that’s excluding the great work of Spuds McKenzie. 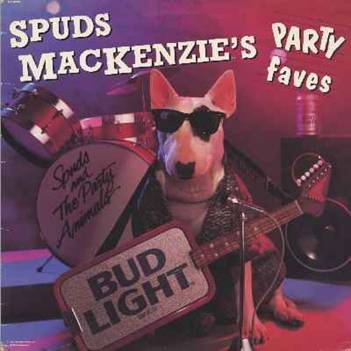 So for every American who has had a dog in their past, who has a dog in their present, or who hopes for a dog in their future, we just ask that you be grateful for the companionship that dogs offer unconditionally.  And we’d also ask that Spot hurry up with that dry martini.  God, it’s just cold vodka, it’s not like we’re asking him to make anything complicated.

Also, every dog comes with a jetpack [citation needed]

This entry was posted in The Best of the Rest and tagged America, Dogs, puppies, Spuds McKenzie. Bookmark the permalink.