THIS PANCAKE IS MADE OF BEER

“Why not just inject whiskey infused lard in me and get it over with you American bastard?” 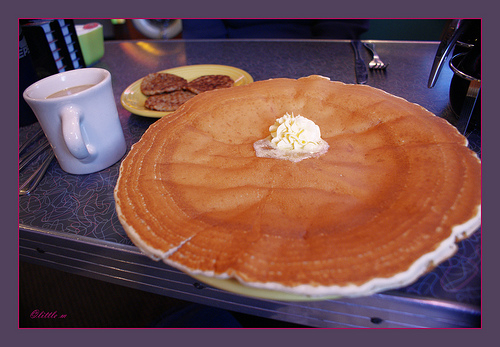 When we asked John Goodman, AFFotD’s Food Critic and resident Dunkin’ Donut demander, what would be the most absurdly American breakfast item he could think of, he said, “Shit, I don’t know, maybe like a 14 inch pancake that’s made with a can of PBR…oh you son of a bitch, that exists doesn’t it?”  You know how this game is played, of course it fucking does.  When we asked him the follow up of how that can be made even more American he said, “Having an eating contest of…oh goddamn it, really?”

That is why we are here to celebrate and report on the amazing feats of this insane Tempe, Arizona restaurant with our report on the giant beer pancake that can only be finished by men in Mexican wrestling masks.  Seriously. 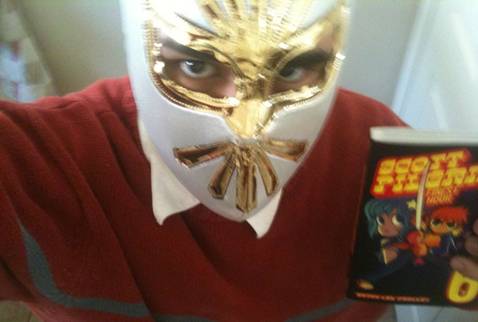 The facebook event page doesn’t tell us the results of the pancake eating contest, but we can describe the Americanness of these pancakes with just one simple description of the actual contest.  The pancakes are as big as a full pizza, and use an entire can of PBR beer to consume them.  As a result, the contest is not “How many can you eat” it is “can you eat it?”  That’s right, the winner of the contest is the first person to finish the pancake, because apparently the beer-to-pancake ratio in making beer pancakes is a lot more skewed than we thought. 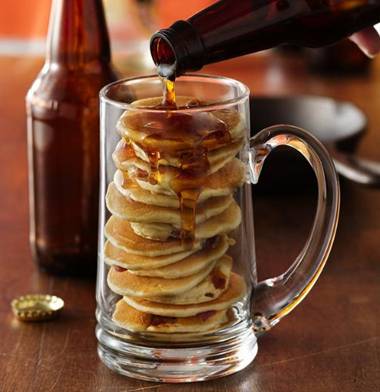 To really delve into the American notion of pouring a can of PBR into pancake mix to make a giant monstrosity of a pancake, you have to acknowledge how pancakes and cheap beer would never strike you as a good combination unless you’re one of the three virolent alcoholics in America who also happen to be morning people.  Why are we confident in saying this?  How can we say that the pancake can’t be that good, and that the “sourdough” taste the beer gives it would have less to do with us ordering it, versus the whole “we’re only ordering this because it’s got a whole beer in it” angle?

Because no one else makes a pancake out of PBR.  It just doesn’t happened.  Trust us, we’ve looked.  We’ve looked so hard, our knuckles are raw from all the diner owners we’ve punched when they disgustedly told us, “Eww, PBR pancakes is a thing that exists?” 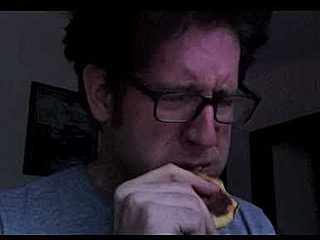 Every other booze-based food that works is pretty much imitated.  Rum cake?  Everyone’s seen a toddler get drunk on them at least once.  Guinness and cheddar soup?  Less common, still easy to find, still exactly as delicious as you would expect.  Hell, Bananas Foster is so delicious we know people that have burned their face trying to eat that shit too fast.

While you might think that’s our way of saying, “PBR Pancakes should be avoided,” you’d be wrong.  In fact, we support PBR Pancakes wholeheartedly because it’s trying so damn hard.  Pouring PBR into pancake mix is the equivalent as an American successfully cramming a circle block through a triangle hole.  It’s hard to do, you permanently damage everything involved in the scenario, but you’re proud as hell that you pulled it off.  And that’s what is happening here.  PBR Pancakes, proving that Americans are as stubborn as they are alcoholics. 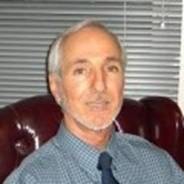 We don’t know who this guy is, but we DO know that he is the first image that pops up when you google “stubborn alcoholic.”  So he’s got that going for him

One response to “THIS PANCAKE IS MADE OF BEER”