“Something something FUCKING GOLDEN amiright?”

If a self-important politician with a Napoleon complex, incredibly inflated self-esteem, and the propensity to swear like a motherfucking sailor becomes a public figure, the only reason we wouldn’t write about him is if we couldn’t find any stories about him drinking excessively.  But hey, if the sucker is going to jail we should probably talk about him.

That’s right, the man who we’d call “Fucking golden,” if it weren’t such an overused joke that it makes Charlie Sheen seem timely, Rob Blagojevich.

Rob Blagojevich reached such a level of fame that literally 20% of Americans can spell his name correctly on their first try (if he had not been famous, or had just been the Governor of Illinois, that number would have hovered around “only him and maybe his dad depending on how old he is”).  When talking about Blago (we try to avoid using the letter “J” and “V” in the same sentence) there are three distinct parts of his American career to emphasize.  There is the rise to prominence, which is American but sort of boring too ever since a Mexican started being called the world’s richest man.  Then there’s the bribery and swearing, which we loooooooove.  And then the getting caught thing, which we’d have an issue with if it were possible to take a picture of Blago not looking like a smug asshole.  But since we’ve yet to find a picture like that, we’re going to accept and lightly applaud the face that he’s going to jail. 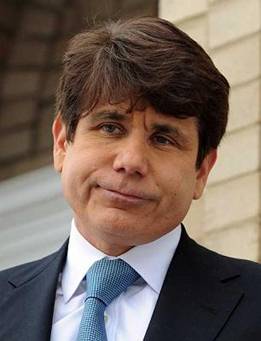 The Rise of Blago

Rod Blagojevich was born on December 10th 1956.  This is the part of the AFFotD where we usually list something fantastical about his birth while aggressively breaking the fourth wall, but since we’re in no way endorsing Blagojevich’s American credentials, we’ll just say he got born.  Probably vaginally, maybe through C-section, again, it was probably standard as far as childbirth goes, though his helmet of hair couldn’t have made things easy.

His parents were Serbian immigrants, and his brother was named Rob, which gives the impression that they didn’t want to be bothered  with learning the whole “proper names” part of the English language.  Born on the north side of Chicago (as seen on such hit TV shows as The Chicago Code) he went to University of Tampa, widely known as a the ultimate school for people who lived in cold Midwestern cities to go to college without having to do more research than “where is it warm and where is surfing?”  After two years, he transferred to Northwestern University, which is by far the best school he ever spent time at, and as a result he will only reference this degree in media circles.

Continuing his theme of “warm places for school,” he got his law degree from Pepperdine University in Malibu, where he admitted, “I barely knew where the law building was.”  How he came to become the Governor of the state of Illinois is a long and fruitful tale.

He married a powerful Alderman’s daughter.  That’s…that’s basically what he did. 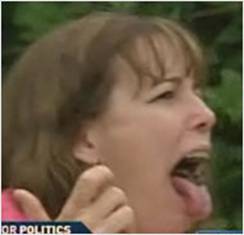 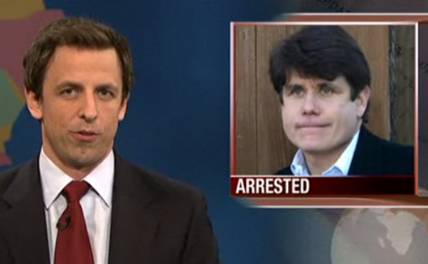 This was the best Blagojevich.  The state of Illinois doesn’t really get too interested in political scandal.  They’re so used to corrupt politicians that they literally don’t even blink when they see one get arrested, sort of like how the bouncer of a strip club stops trying to sneak looks at the live shows after the first week on the job.  So if you want to grab their attention you have to do something they haven’t seen before. 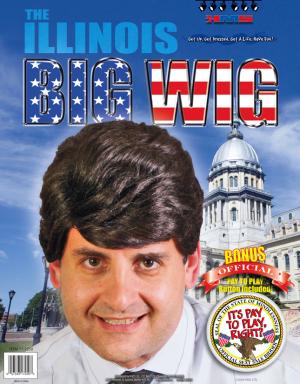 Is this an A:  Costume accessory or B:  Pornographic parody film?*

*surprisingly, the answer is A

Blago tried to sell a senate seat, and…hospitals or something?  We don’t know, we honestly don’t give a shit about the charges, since they’re apparently very tedious and “law based.”  But basically, when Blago got arrested in December of 2008, what followed was a whirlwind of quotations of Blago being ridiculous (from the tapes) combined with quotations of Blago being ridiculous (from The Celebrity Apprentice).  And whatever might have been lurking in the background as far as the “sad state of Illinois” politics or whatever, we just liked it because Blago made a temporary meme out of the phrase, “Fucking golden.”

Blago’s going to jail, bitches.  Not much to add to that.  There’s nothing overly American about a political figure becoming corrupt and then getting put in jail, except for the fact that it has become a sort of Glengarry Glen Ross American Dream.  Blago just set the bar by making himself sort of dickishly famous in the process.

This entry was posted in The Best of the Rest and tagged America, Blago, Blagojevich, Charlie Sheen, Napoleon. Bookmark the permalink.