“Baseball caps MUST BE WORN BACKWARDS.”

“Why is every douchebag in this bar wearing a backwards baseball cap?”

America is all about putting shit on the tops of their head.  While the notions of hats date back to the 15th century, when French noblemen began putting cloth and feathers in a piece shaped to fit the top of their skulls in their generations old tradition of, “How ridiculous can we make ourselves look in oil paintings,” hats are an essential clothing item for most everyone in the world, be it practical like a ski-cap, or offensive to a lot of people to hear it described as a “hat” like those water jugs African villagers carry on their heads.

“Let’s call it ‘Tribal Chic’ and sell it to impressionable socialites!”

But of all the hats, can you think of one that is truly American?  Sure, we have hats such as the Top Hat, the Sombrero, the….beret.  But what is the most American hat?  The one hat out there that grabs you by the ears and screams, “LOOK AT ME!  I AM AMERICA!” 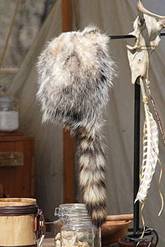 The Coonskin cap?  Oh…fuck, yeah that’s actually a really good one.  Like really good.  Goddamn it, no that’s not the one we’re writing about today, but we sort of wish we were.  We had forgotten about all the badass traits associated with the Coonskin cap.  Goddamn it.  That meets both the “fuck nature” quotient we try to cram into every AFFotD, plus it would let us go on just a crazy wild tangent about Davy “Kills With a Smile” Crockett.  Davy fucking Crockett! We could have told you how Davy Crockett’s Coonskin cap alone could have sex with more women than a 2008 Tiger Woods at a Club Promoter’s Convention.  We could have talked about how Coonskin cap gave Davy Crockett the power to use fucking alligators as jet skis.

Do you think this just fucking happens!?

Shit.  Anyway, no, we were not thinking about the Coonskin cap.  Dammit.  But, no, dig deep, really try to figure out what, as a hat, do you define as being…American? 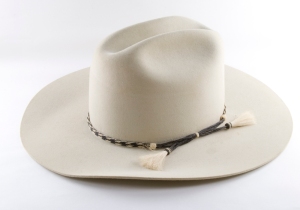 OH SON OF A BITCH!  Goddamn it to hell!  Fine.  Yes.  A Cowboy hat is a fucking awesome America hat too.  Yes, it is a hat that basically reeks of sex-at-a-19th-century-brothel.  Yes, it is the hat best designed to cover a man’s junk.  Yes, it is a hat so associated with gunfights that even new cowboy hats reek of gunpowder and fear.  Yes, cowboy hats are so damn manly that if you have sex while wearing one, it’s technically considered a Devil’s Three-Way, no matter who’s wearing it.  Fine.  Fine.  Goddamn it.

Okay, one more time, what is the most American hat you can think of?

JUST FUCKING STOP OKAY!?  We’re talking about fucking baseball caps, alright?  THOSE are pretty damn American too, you assholes.  BASEBALL CAPS.  And besides, that last one is cheating because you can totally find a baseball cap that looks like an American flag.  So yeah, eat it.  You guys suck.

Anyway, before we fire our research guru who managed to totally ignore the above examples when we asked him, “What’s the most American hat you can think of?” let’s at least discuss the actually-pretty-fucking-American background of the baseball cap, or as it used to be known, the “Brooklyn Style” cap, which was invented here in America in 1860.  And for you Coonskin cap and Cowboy hat lobbyists, technically Coonskin caps were first created by Native Americans, and the style for a Cowboy hat first was invented by Mongolians.  So there.

The first baseball uniform was worn by the New York Knickerboxers in 1849.  It is said that these uniforms involved baggy shorts with a white mesh top without sleeves, reading the words “KNICKS” written in orange.  For some strange reason, the back of every jersey had the name “EWING” written in bold letters, which historians feel was used to confuse opposing squads.  While the style was wildly impractical for baseball, was eventually used for New York’s fledgling basketball team, which also went by the New York Knickerbockers, when they were founded in 1946.  This uniform came with a hat, but it was a straw hat, which is a pretty lame thing to play a sport in.

That is why in 1860, the awesome-named Brooklyn Excelsiors made the first baseball hat after a lightning bolt struck a felt factory near the patch of dirt where the team practiced.  The Excelsiors, who also had the hilarious-and-not-nearly-cool-as-their-actual-fucking-name nickname of “Jolly Young Bachelors Base Ball Club” which sounds like a 1950’s “invite only” party hosted by Liberace, walked over to the factory to see if anyone had been injured.  One worker ran out, screaming, “IT’S TOO PERFECT!  TOO PERFECT” screaming madly and tearing at his hair.  Inside, they saw 25 soft caps, with a hard brim, lined out in a row, with the symbol “B.E.” at the front.  The captain of the team looked at the cap, then to his team, and as they smiled and nodded in silent agreement, he simply said, “Dice.”  This was the first instance of the word “Dice” being used as a slang adjective to express approval towards something.  AFFotD believes that more people need to start saying, “Dice” when they hear something they like.  As in, “Oh hey, Harrison Ford just came over and asked if we want to go drunk Helicoptering with him.”  “Dice.”  Make it happen, America.

Not surprisingly, the Excelsiors won the National Association of Base Ball Players championship that year (seriously), and by 1900 replicas of their hats were sold, garnering popularity under the moniker “Brooklyn Style Caps.”  What we consider “Modern” baseball caps were created in the 1940s, replacing a bill of coarse cotton with latex, after scientists discovered that using Latex could allow the bill to be more easily adjusted, while also being able to damage Nature more easily than “a simple plant.”

Baseball caps are a fixture for Major League Baseball, and it is the second most potent source of a player’s power, next to their Steroid-masking agents.  When you put on a baseball cap, you immediately become several centimeters taller.  Baseball caps are versatile, and if you wear it sideways, backwards, or frontwards, there are still many ways you can appear.  In fact, baseball caps are so versatile that each separate “style” needs to be examined to fully appreciate it’s splendor.

–          Frontwards Facing: This is the style preferred by ball players, rappers, and bros.  Usually, you are able to determine the category depending on if the bill is completely straight with the sticker still on, if it has been bent to properly block out the sun, or if it is so bent it’s practically an upside-down “U” on the guy’s face.  This is the “safe bet” approach to wearing a baseball cap, but it is one of the easiest to fuck up.  If a ballplayer bends his bill too much, he will lose roughly 15% of his defensive speed and vision.  If a bro doesn’t bend his bill enough, then people will just think he came from a softball game (which he might have).  If a rapper removes the sticker, then the hat will spontaneously combust.  If someone attempts to wear a rapper-style baseball cap, without being at least a fledgling hip-hop artist, you will also likely catch on fire. There are several degrees of bent baseball cap that fall between these categories, such as “bent normally” which mean you’re just an average American who is wearing a baseball cap.  Actually this category represents the majority of Americans, but it does not come with any particular skill-set. 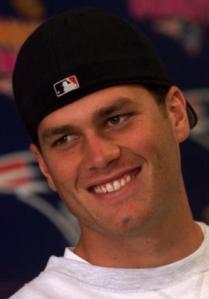 –          Backwards Facing: This style is preferred by douchebags and child ninjas.  If you are under the age of 12, and wear a baseball cap backwards, you will develop ninja skills.  Do not doubt this, no matter how many times you get beaten up after school when you go up to a bully and go “HI-YAH!”  If you are of a legal drinking age, or got ripped off by paying 100 bucks for a very poor quality piece of paper to pretend to be of legal drinking age, when you put on a baseball cap backwards, a bottle of roofies immediately appears in your pocket. 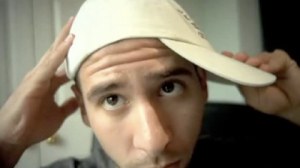 –          Sideways facing: If you put on your baseball cap sideways, and do so unironically, you are immediately stricken with a really bad case of retard.  No matter what you do, you will be unable to have people go to you and say, “ Hey are you doing that ironically?  No?  Oh, sorry buddy, here’s a coloring book.”  This is science.

“THIS IS MY SPECIAL HAT!”

So no matter how you choose to wear your baseball cap, wear it proudly.  Wear it wisely.  But most of all, wear it because you are wearing the (fourth) most American hat of all.

2 responses to “Baseball Caps: Durable Tool of Athletes and Douchebags”