“Well, to be fair, can you think of a breakfast food that WASN’T invented as a way to cure hangovers?”

~Hmm…you’ve got a good point there, actually 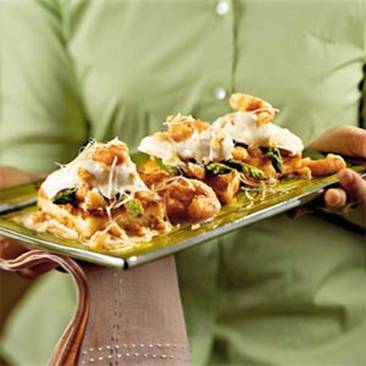 Americans developed an infatuation with breakfast as soon as it was named the most acceptable time to eat bacon.  Of course, it helps that it’s an extremely versatile meal as well.  If you’re running late in the morning, you can just put some milk on random dried grains doused in sugar, or pick up some sort of surprisingly unhealthy egg sandwich from a fast food joint.  And when it’s the weekend and you can take your time, you can create something meticulously crafted to cure every kind of hangover you can possibly imagine (for more information, buy AFFotD’s “101 Different Types Of Hangovers, And Their Cure” on Amazon.com next fall).

There are of course many staples of the American breakfast that are worth praising.  Pancakes, waffles (a.k.a. pancakes with syrup traps), bacon, omelets, all of these are delicious and, when done right, incredibly unhealthy ways to combat the fact that you drank two four lokos last night before playing flip cup with vodka cranberry at a random party before stumbling into a cab, texting your ex, and yelling at the cab driver when you erroneously assume he’s taking you the wrong way.  But arguably the best American breakfast dish that can help you momentarily forget the shame you’re feeling as you have to send off an apologetic group text the following morning remains…