AFFotD News Item of the Month: The World’s Most Expensive Scotch

“I only got two speeds- drunk and dead.”

We’ve previously discussed liquor that sells for inordinate amounts of money.  And we’ve talked about how it’s conflicting, since you can spend that money on things like, much more booze.  And sure, in the case of the 45 year old Chivas, the Scotch was being sold for $200,000 largely because the bottle was balls expensive.  And in retrospect, that’s a huge waste.  If you’re spending a fuckton of money for booze, you’d better make sure the booze is what’s worth it.

If we were paying thousands of dollars for a bottle of liquor, we’d almost prefer that it come in a ziplock bag, just so we can know that we’re not paying any markup for a diamond studded bottle or anything.  Which is why we’re here to bring your attention to the most expensive bottle of scotch ever sold in an auction (held in just a normal glass bottle) in 2012’s first…

AFFotD News Item of the Month:  The World’s Most Expensive Scotch 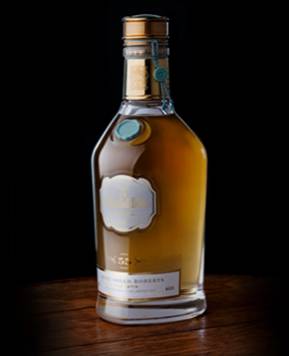 END_OF_DOCUMENT_TOKEN_TO_BE_REPLACED

Posted in Whiskey and Bourbon